A Brooklyn teen careened onto the sidewalk to avoid a suspected gang rival — who then opened fire at him, dramatic new video shows.

The 19-year-old victim was inside a dark-colored sedan around 7:15 a.m. Thursday on Granite Street near Broadway in Ocean Hill when someone in a grey SUV attempted to block him, cops said.

The clip, released late Thursday, shows the sedan driver speeding up onto the sidewalk, slamming into tree fencing.

A moment later, the SUV passed on the street, and a passenger leaned out the window and fired at him, the video shows.

No injuries were reported, police said.

Police say the incident appears to be gang-related, and no arrests had been made by Friday morning. 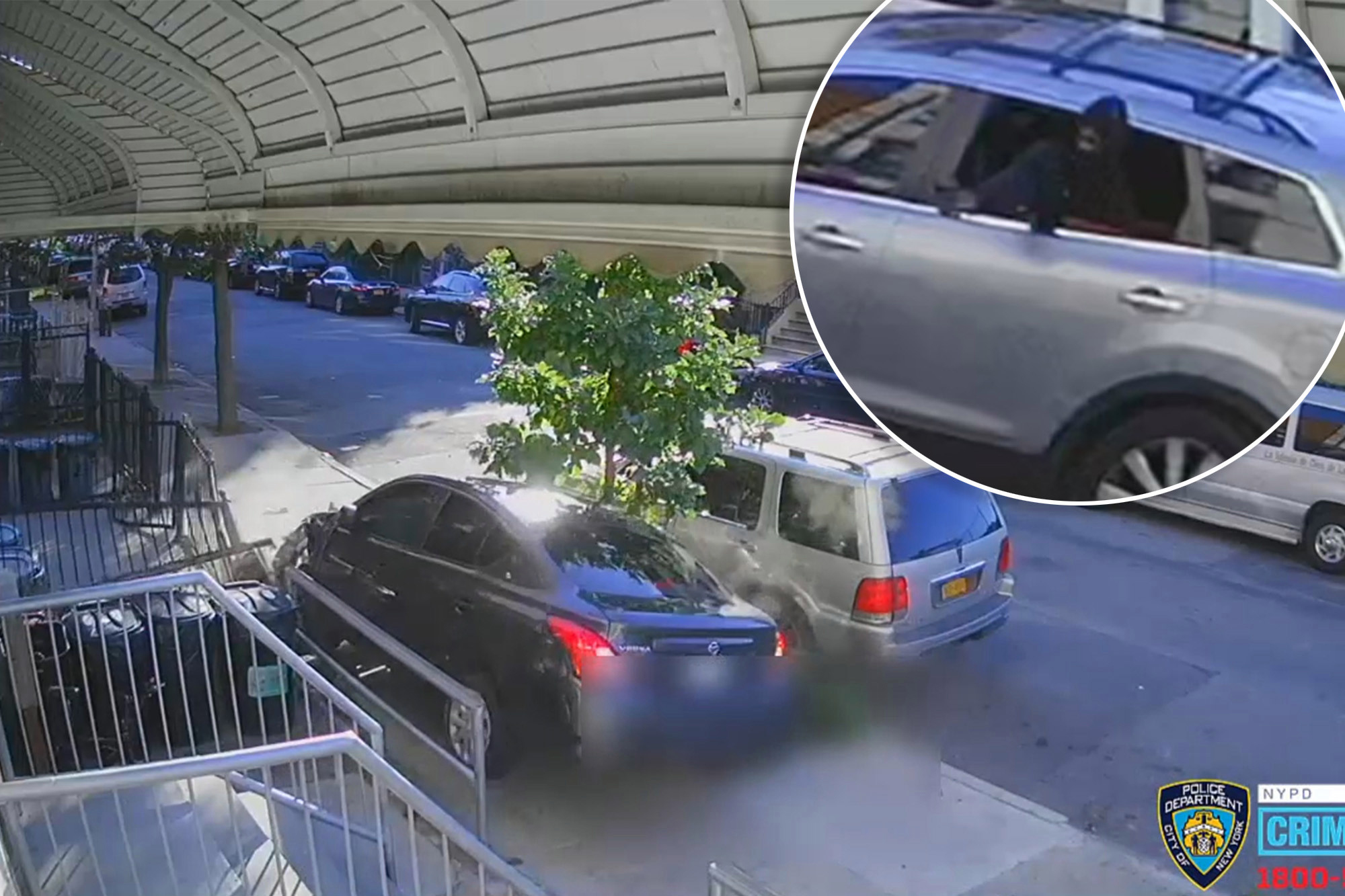