A man was killed and a female bystander was wounded in a broad-daylight shooting outside a Bronx church on Saturday, according to police.

The 42-year-old man was found unresponsive with multiple gunshot wounds in front of St Anthony of Padua near the corner of East 166th Street and Prospect Avenue in Morrisania just after 2:30 p.m., the NYPD said.

The 28-year-old woman, an unintended victim of the violence, suffered minor injuries when three bullets grazed her body, according to cops.

Both victims were taken to Lincoln Hospital, where the man was pronounced dead. The woman was treated for her wounds and released, police said.

The identities of the victims were not immediately released by the NYPD. The search for the gunman was ongoing, and the circumstances of the shooting were unclear.

The incident had nothing to do with the church, which was not holding services at the time, police clarified. Church officials could not be reached for comment.

The daytime shooting also happened right in front of Apollo Car Service, where a dispatcher told The Post he hadn’t seen or heard the violence. 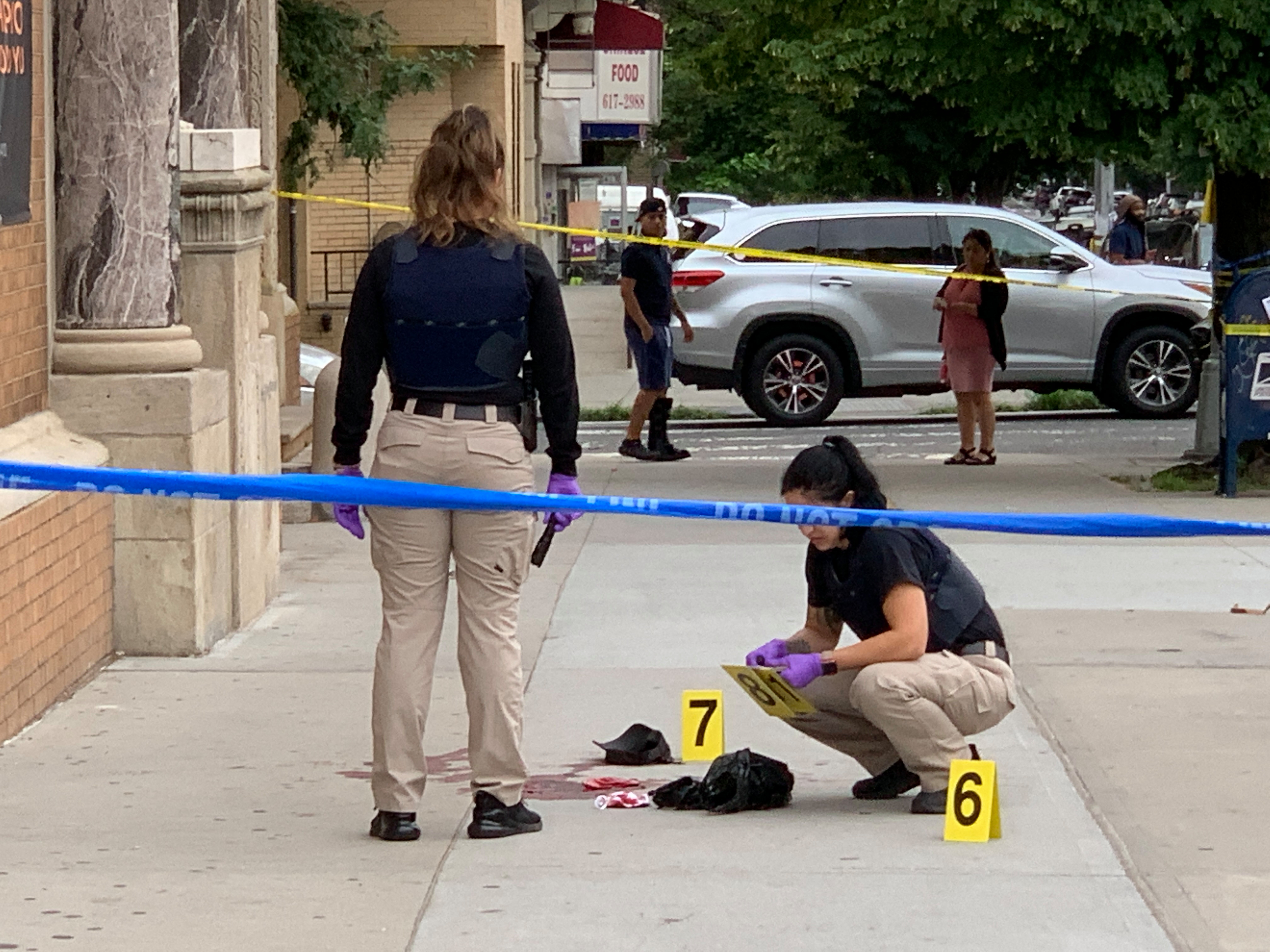