Authorities are hunting for an inmate who escaped from a floating prison barge in The Bronx overnight, police said.

The inmate, believed to be in his 30s and approximately 5-foot-8, 220 pounds, escaped the Vernon C. Bain Correctional Center, on Halleck Street, sometime after midnight.

The inmate, who according to one unconfirmed report may have ditched his prison uniform, is thought to be a Brooklyn man, who was sentenced in December 2013 to 65 months in prison for his involvement in a plot to burglarize a pharmacy in Marlboro Township, N.J., and sell the stolen narcotics for cash, then-U.S. Attorney Paul J. Fishman announced at the time.

Police could not immediately confirm the inmate’s identity.

The NYPD said they were notified at 7:15 a.m. and referred The Post to the city Department of Correction, who did not immediately return a message for comment.

The Bain facility, nicknamed “The Boat” is an 800-bed prison barge used to hold inmates for the city Department of Correction.

The barge is anchored off the Bronx’s southern shore, across from Rikers Island, near Hunts Point.

Inmates range in custody levels from “medium to maximum security,” according to the prison website, which notes the current capacity is 870 inmates and offenders are housed in 16 dormitories and 100 cells within the five-story structure. 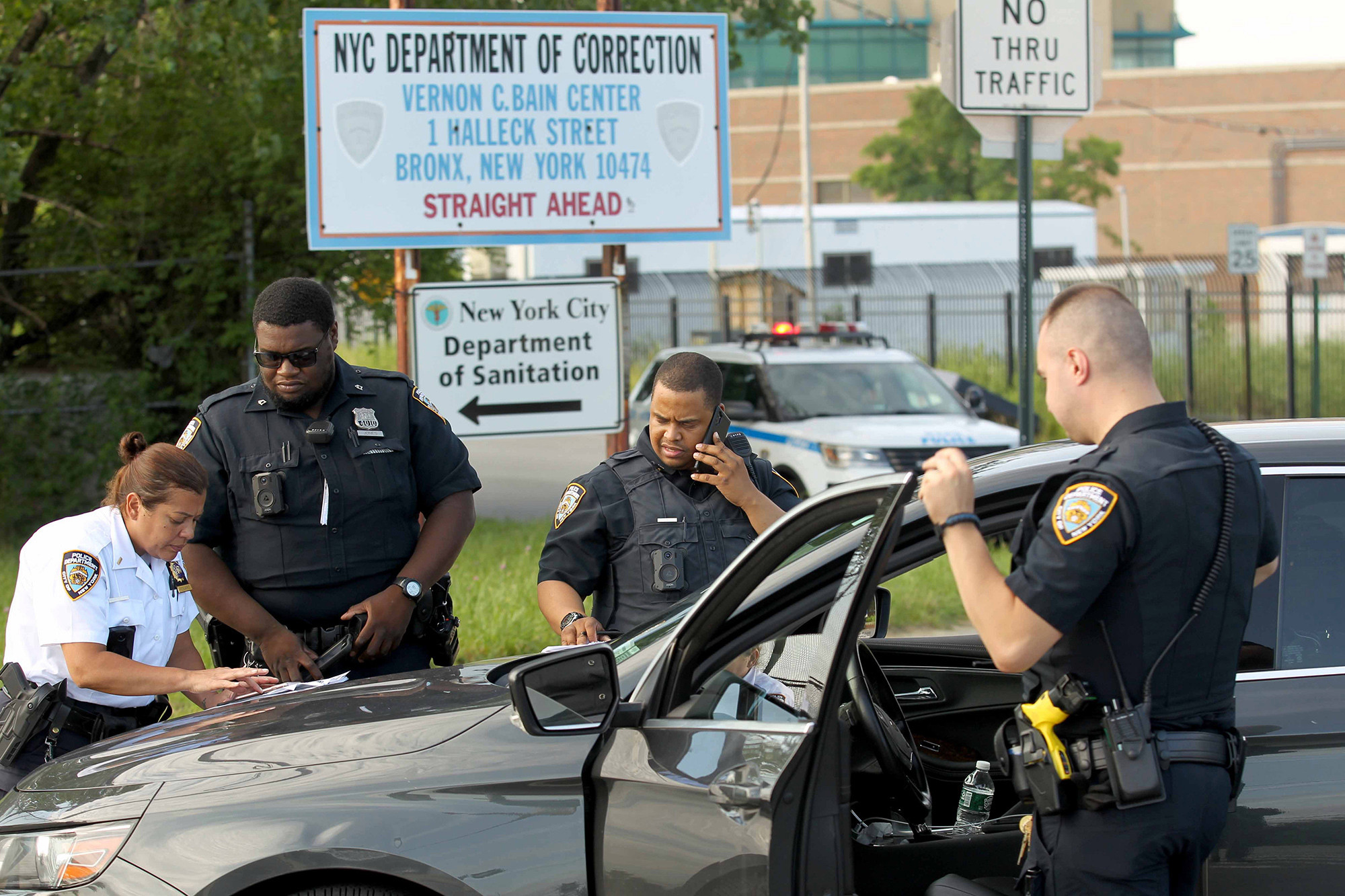