The leading Democratic candidates for mayor barnstormed the Big Apple to give voters their closing pitches on Friday as a new Post poll shows the June 22 contest going down to the wire.

The paper’s front-page survey of 1,000 likely primary voters showed 21 percent backing Brooklyn Borough President Eric Adams in the first round, giving him a narrow lead over Maya Wiley and Kathryn Garcia, who are virtually tied for second place.

“I don’t listen to polls but I’d rather they be on my heel than I’m on their heel. My message has resonated,” Adams said at a rally in Harlem — his first stop on a day that would also see him hit events in The Bronx, Brooklyn and Tribeca. “When you look at the cross section of support that I have put together, even my worst critic must say this guy is doing it right.”

Garcia and Wiley — who polled at 16 and 17 percent in the first round, respectively — crisscrossed the five boroughs, too.

The former Sanitation commissioner talked up her strategy to win by nabbing as many votes as possible during the later rounds of voting, as she greeted voters outside a grocery store in Sheepshead Bay shortly before noon.

“This gonna be a competitive race to the finish, but we feel really strong,” she said. “Not only with our number one votes, but with a broad spectrum of number two votes.”

It was one of a staggering nine campaign stops and media appearances that Garcia made Friday — more than any other top contender in the race.

Wiley’s day started in Brooklyn, too, with a rally outside of the Central Library on Grand Army Plaza, where received the endorsement of a prominent minister, Kirsten John Foy.

There, the progressive ex-advisor Mayor de Blasio continued her attacks on Adams over his stance on policing and his limited support of stop and frisk.

“Eric Adams has said — and he said it a year ago and he has said it on this campaign trail — that he will bring back stop and frisk. It’s a matter of public record,” Wiley said. “I’m not calling him anything.”

She left that to Foy, who stepped to the mics and called Adams a “coward.”

When pressed on the trail, Adams labeled Wiley’s attacks as a “smear.”

“We need to get off her talking point and stay on point,” he said. “Eric is not going to allow the police to abuse their powers because I know those powers, because I did the job.”

Meanwhile, Andrew Yang attempted to get his once-highflying candidacy back on track as he hit five spots across the city — arguing that voting for Adams, Wiley or Garcia would be tantamount to giving a third term to Mayor Bill de Blasio, who is deeply unpopular.

His campaign has questioned the accuracy of a string of recent pollsthat have shown Yang sliding into fourth place, amid a slew of gaffes that raised new questions about his knowledge of civic affairs.

“They’re not coming out to vote for the first time because they want a third term of Bill de Blasio,” Yang said in Queens. “They don’t want more of the same. So we feel great.”

The primaries are the first citywide elections to use the Big Apple’s new rank choice voting system.

That means New Yorkers will be able to select their preference of up to five candidates running for mayor and other positions in city government — and the ballots will be tallied by first, second, third, fourth and fifth choice, eliminating the need for runoff elections.

How to vote in NYC’s primary: 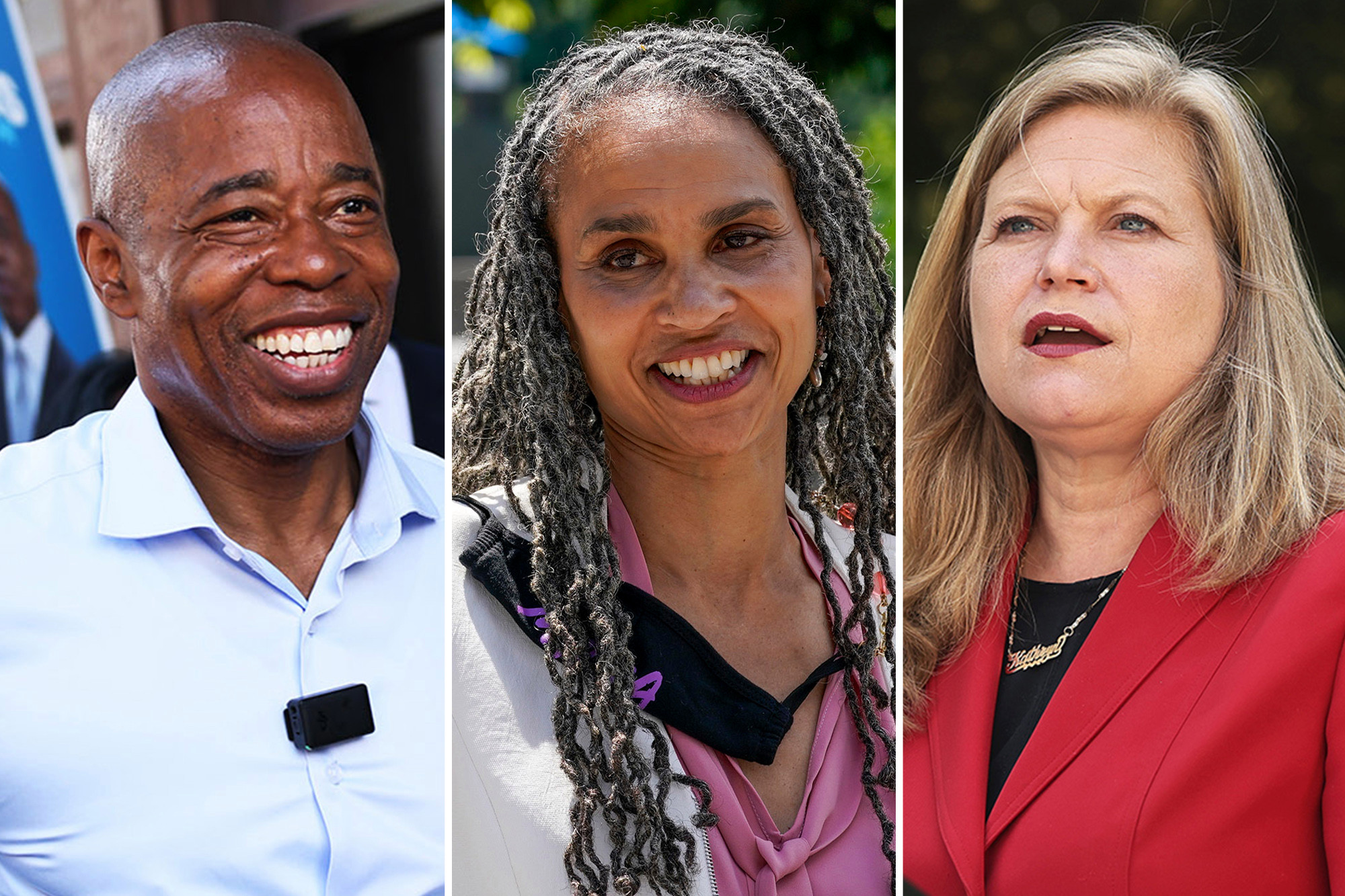