While pessimists have been saying New York City is kaput for over a year, one Spanish hotel company begs to differ.

To celebrate the opening, which is said to have cost “many millions of dollars,” there will be a live-streamed episode of the “Stars in the House” web series hosted by Seth Rudetsky and producer James Wesley, featuring Nathan Lane, Peter Gallagher, Faith Prince, Josie de Guzman, Ruth Williamson and Walter Bobbie.

“We are excited to finally be introducing the upscale NH Collection brand and this spectacular renovation of a historic, 100-year-old Italian Gothic landmark in the heart of Manhattan to travelers and New Yorkers,” Hugo Rovira, Managing Director for NH Hotel Group, Southern Europe and the US, told The Post.

“The opening of this hotel is a significant first step forward toward normality. All that we have been through in the past year has made us mindful of how we must help each other as we rebuild our economy. So many are still struggling but that is rapidly changing. We are optimistic about the future of New York’s tourism and entertainment industries and are proud to support our Broadway neighbors through our donation to the Actor’s Fund.  We are looking forward to welcoming guests when Broadway reopens on September 14.” 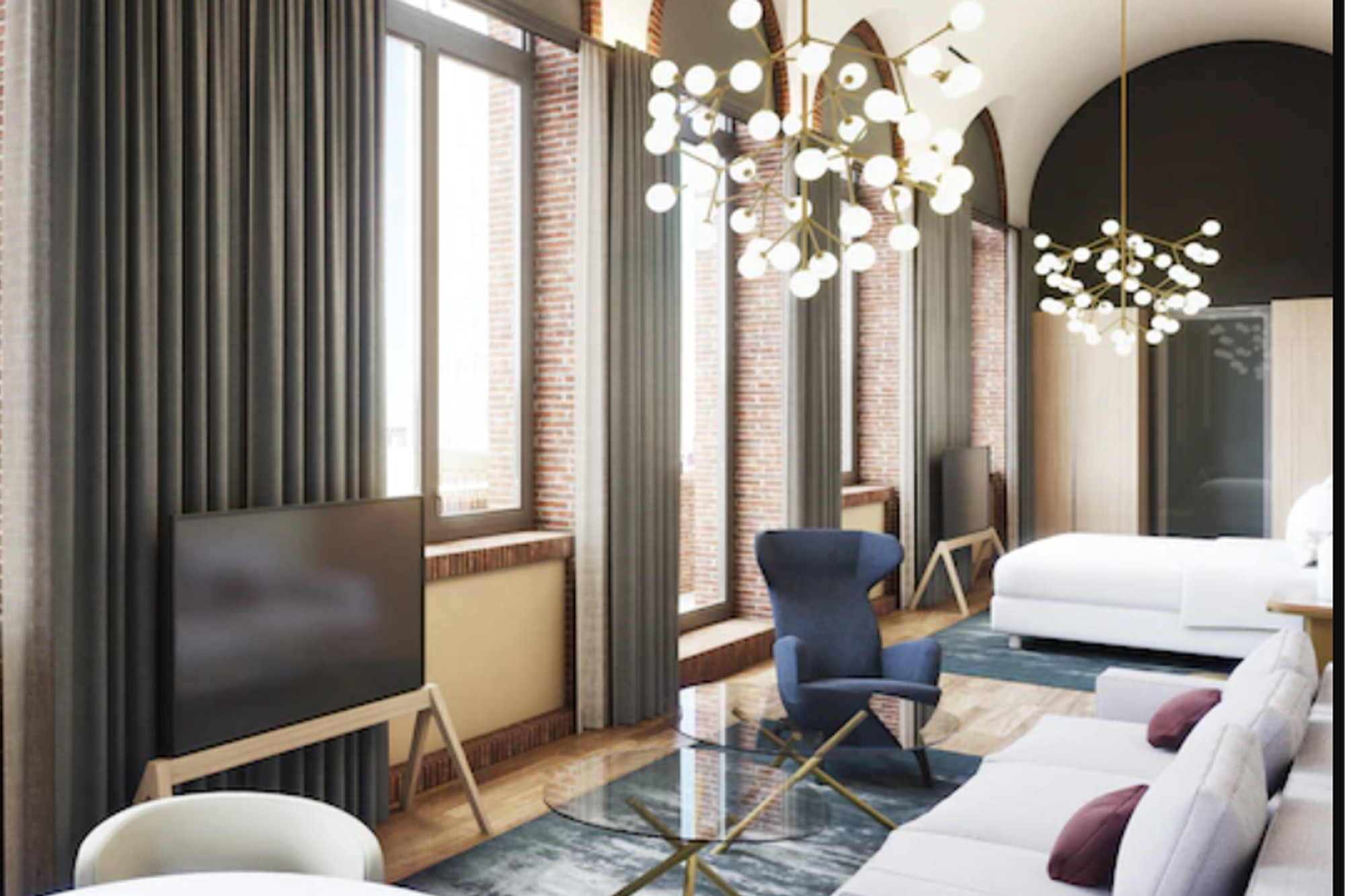