Fed-up merchants in Greenwich Village on Tuesday said the recent mayhem at the crime-ridden Washington Square Park is killing business — and forcing them to hire their own security as cops stand by and do nothing.

“Making a living is hard in this situation,” Michael Lai, owner of Rasa Malaysian/Thai restaurant on West 8th Street, a block away from the famed park, told The Post.

“Most of our customers now are from Queens, Brooklyn, out of state,” Lai explained, adding that his usual business from tourism is down because of the COVID-19 pandemic. “This trouble — they think it affects their safety, obviously, and they think twice about coming here.”

Lai expressed frustration at inaction by police in the area.

“At night, we see a lot of police but they are just standing there, not doing much,” he said. “The other day, a group of people were pushing a police officer and trying to film him reacting. The police stepped back and tried not to escalate the situation.”

Chaos has erupted at Washington Square Park in recent weeks — with hordes of revelers amassing for drug-fueled raves that have often escalate with violence. The nightly unrest prompted city officials to implement a 10 p.m. curfew, which was pushed back last weekend to midnight, though people still partied well beyond 2 a.m.

Businesses in the leafy neighborhood have had to contend with the disorder spilling out into the streets — as well as vagrants harassing customers.

Juan Sanchez, an assistant manager at the Waverly Diner on Sixth Avenue, said he’s recently resorted to hiring a security guard to protect his patrons.

“Homeless, the drugs, every corner — it is really hard for customers to come here,” said Sanchez. “We got a security guy here now, from 2 [p.m.] ’til close at 11 [p.m.]. It helps, especially outside. It helps a lot. Less homeless around the tables outside now.”

“We would call the police but they come in a half-hour, 45 minutes and do nothing,” he added. “We have to stay in business or no jobs, so we had to fix the problem ourselves. It has never been this bad, not in my time here.”

A local hot dog vendor, who asked not to be identified, said the unrest at the park is particularly troublesome on weekends — and drives customers away.

“Very slow business now because no families come,” he said. “The people are afraid to take the kids. The families don’t go in the park. They don’t want the kids to see the people smoking the drugs, lots of needles on the ground.”

“Lots of problems,” he added. “Cop [was] hit in the head with a bottle right here last weekend,” he said.

The locals spoke to The Post just hours after NYPD Commissioner Dermot Shea called the mayhem at the park “abhorrent,” adding that “it’s going to have to be dealt with.”

Another massive crowd formed at the Greenwich Village greenspace last weekend — culiminating with two people knifed, a man robbed and a cook at Washington Square Diner thrown through a plate-glass window — and despite the midnight curfew.

“For three hours straight, it was nonstop smoking crack over there coming down Gay Street,” said local Arik Apeonte. “I was just amazed how out in the open it is.”

Rowdy revelers gathered in the park well into the early hours again on Sunday, ignoring warnings from cops to leave. Earlier in the night, some park partiers hurled insults at the cops, who were gathered at the famed arch.

“You know, I view this as a little different from just about the park,” Shea told NY1. “It’s about … in my view, normalizing, you know, abhorrent behavior.”

Lai urged police to do more to crackdown.

“He is right, it has reached that point,” he said, “but I want to know why they have to let it get this bad before doing anything?”

On Monday, Mayor Bill de Blasio took a different tact than the top cop, suggesting the violence at the Greenwich Village landmark will work itself out naturally.

“We’ve had a number of nights where things went pretty smoothly,” Hizzoner said during his morning briefing. “We had a few nights where they didn’t, but it’s going to, I think, lead to a natural outcome.” 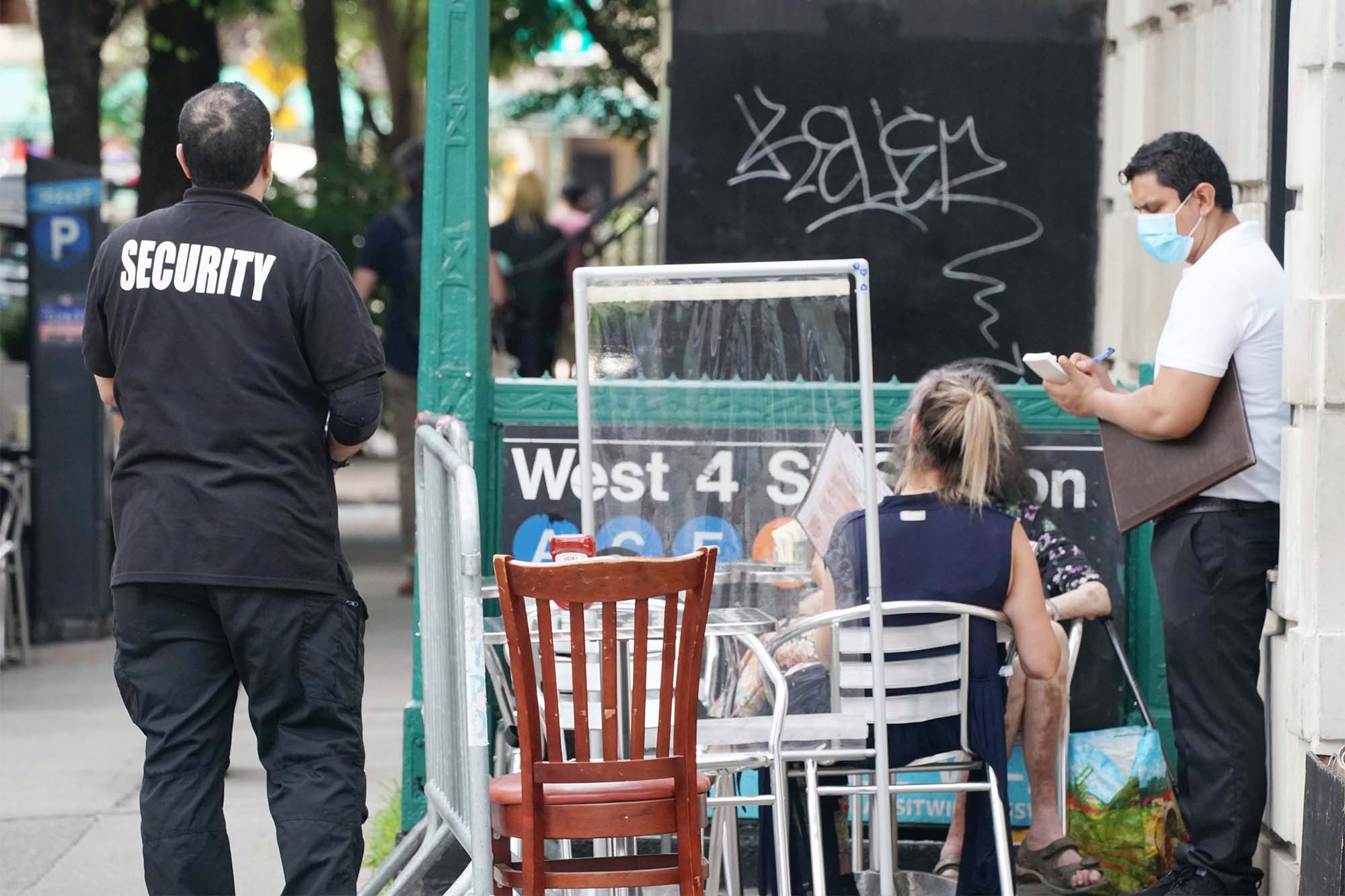