This is a case of baby got backlash.

A UK mom was apoplectic after receiving a note from neighbors demanding that she draw the shades so their kids don’t have to see her “ass out on the show.”

“It’s the most bizarre thing that’s ever happened to me, I can’t get my head round it,” Essex native Alex Taylor told Kennedy News of the angry letter, which she found under her car at 8:30 a.m. Monday.

Neighbors had reportedly spotted the 26-year-old mother of two on Sunday night wearing a T-shirt and French lingerie as she locked the door and turned out the lights in preparation for bed.

Suffice it to say, the prudish parents were not pleased with the inadvertent striptease:

“It would be much appreciated if you could [at] least shut your blinds when walking naked! Around your house,” the letter read. “My kids do not and would not want to see your ass out on the show.

“Much appreciated, your neighbours.”

The puritanical complaint didn’t sit well with the car dealership manager, who was “shocked” and “angry” about it, the Daily Mail reported.

“I was so livid that someone had the audacity, who is supposed to be my neighbour, to go out of their way and leave a note on my windscreen rather than just knocking on the door and confronting me about it,” the size 8 bombshell fumed. “Maybe they’re just not confrontational, but for me, if I’ve got a problem, I’ll quite happily say it to someone’s face.”

Taylor found the butt-shaming especially ludicrous as she wasn’t even “walking around naked.”

“I was wearing a T-shirt and French knickers — they covered a lot of my bum,” claimed the flustered mom. “To be honest, they’re lucky because normally I walk around in a lot less than that.”

She added, “I’m very comfortable in my own skin, I have no problem with the way I look.”

Taylor has since shared the school-marmesque doc on Facebook, where she’s received an outpouring of support for her exhibitionist evening routine.

“It’s your house you wear what you like inside of it!” proclaimed one internet ride-or-die gal.

Another commenter wrote, “‘Must have a nice bum babe, someone’s Mr was clearly caught having a look.”

“I’m a naked neighbour and I couldn’t care less,” one alleged bedtime birthday suiter added. “People shouldn’t look into others houses if they don’t like what they see.”

Meanwhile, another newfound fan suggested that Taylor “wait ’til dark, turn on all the lights, walk into each room” and press her bare booty “against every goddamn window with ‘Baby Got Back’ on full blast!”

“Now I feel even more validated by the girls that have shown their support,” wrote the fanny-flaunting mama. “Some of the comments have cracked me up.”

In response to her caboose critics, Taylor plans to double down on the nighttime derriere displays, the Daily Mail reported.

“It’s my house, it’s my rules,” she said. “It absolutely will not stop me walking around in my own home in underwear and a T-shirt.”

This isn’t the first time a body-confident parent has caused a controversy. In February, a California mom claimed she was bullied by fellow parents for selling salacious snaps on OnlyFans. 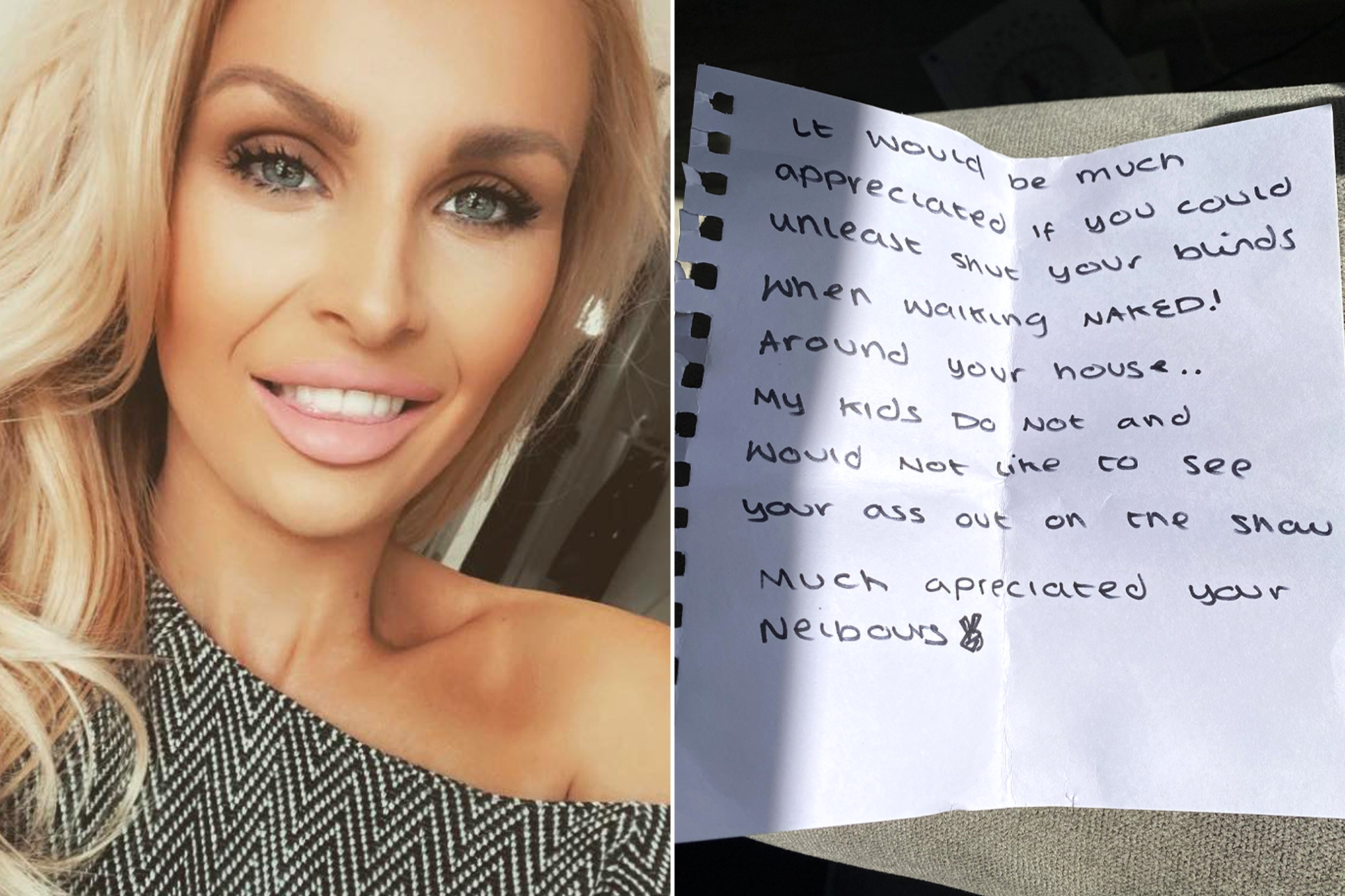