More than two dozen people became victims of the Big Apple’s surging gun violence over the Fourth of July weekend — including a 33-year-old man who was allegedly shot at point-blank range, police said.

The fatal victim was one of at least 26 people shot across 21 separate incidents between Friday and Sunday — with three more shootings reported early Monday, police said.

The man died after being blasted in the head and chest just before 10 p.m. Sunday outside 830 East 172nd St. A woman flagged down cops, telling them the victim was shot at “point-blank” range, according to police.

He was pronounced dead at Jacobi Hospital, cops said. No arrests have been made as of Monday morning.

Gun violence exploded across the five boroughs over the long weekend — with the latest act of gunplay unfolding just before 4:30 a.m. Monday when a black Jeep Grand Cherokee SRT rolled up to 555 East 80 St. in Canarsie and opened fire on a group of friends, cops said.

A 27-year-old man was hit by a bullet in the left wrist and treated at Kings County Hospital, according to police.

Just 10 minutes earlier, a 26-year-old man was shot in the Bushwick Houses in Williamsburg, police said. He was treated at Bellevue Hospital and was expected to recover.

An innocent bystander was grazed by a bullet just before 2 a.m. while walking outside 236 West 123 St., cops said. The 43-year-old woman, who refused medical attention, told officers she didn’t see the shooter or even where the gunfire came from, according to cops.

Late Sunday, at least two gunmen fired off eight rounds near 335 Edgecombe Ave. in Sugar Hill, striking an 18-year-old woman in the torso just before 11:30 p.m., cops said. She was treated at Harlem Hospital for non-life-threatening injuries.

About an hour earlier, a 17-year-old boy was hit by a stray bullet in the right calf while he was in Van Cortlandt Park in The Bronx, cops said. He was treated at New York-Presbyterian Hospital.

Moments earlier, cops responded to Jamaica Hospital where a 38-year-old was hit by gunfire after his friend hit a pothole while driving near 217th Street and Jamaica Avenue, according to police sources.

The man told cops he got out to check if the car’s tire had gone flat when he was struck by bullets in the pelvis and arm and fell to the ground, giving him a black eye, police sources said. His friend rushed him to the hospital where the 33-year-old was treated for his wounds.

Around 9:30 p.m. a 26-year-old man was shot in the leg outside 3929 Carpenter Ave. in the Wakefield neighborhood in The Bronx and was treated at Montefiore Medical Center, cops said.

Meanwhile, a 40-year-old man is fighting for his life after being shot in the left arm and twice in the torso outside 473 Jefferson Ave. in Bushwick, police said. The victim was struck just after 9 p.m. and taken to Brookdale Hospital.

Two hours earlier, a 25-year-old was shot in the groin at Dekalb and Nostrand avenues in Bedford-Stuyvesant, cops said. He is expected to recover.

The rash of holiday weekend shootings is down from last year — when cops reported 25 instances of gunplay with 30 victims over the three-day span.

Shooting incidents were also down slightly for the week, with 47 shootings recorded, five fewer than last year, according to NYPD data released Monday. 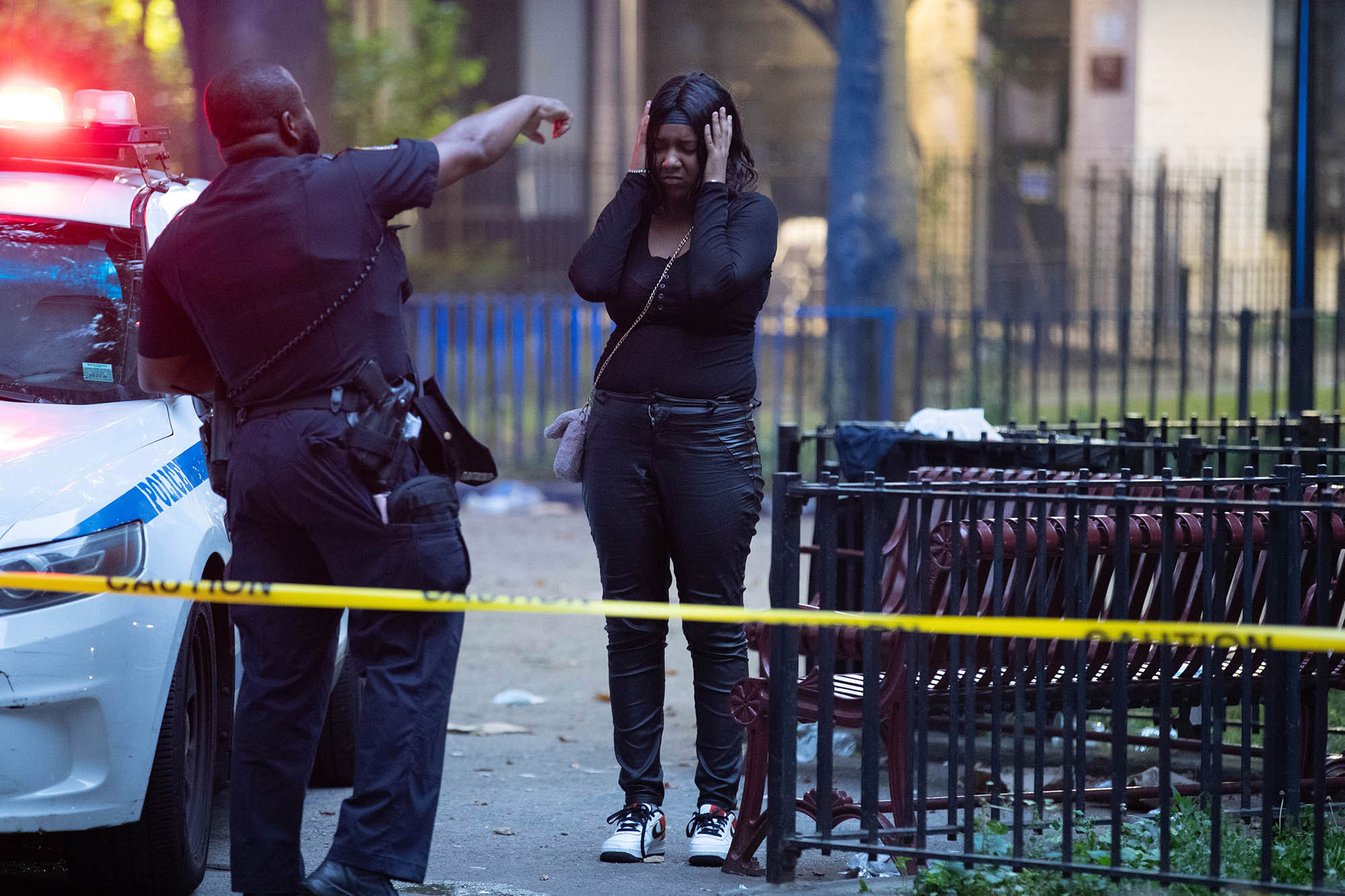