The majority of Americans believe in aliens, and we really do think they come in peace.

According to a Pew Research study, about 65% of people said they think there is intelligent alien life on other planets.

An even stronger majority of about 87% said they don’t believe UFOs are a security threat at all or only represent a minor one.

Americans under 30 years old and men are the two groups most inclined to believe in extraterrestrial life.

In June 2021, the Pentagon released a highly-anticipated report stating that 144 UFO sightings had been reported by government sources since 2004. Only one of the sightings was identified with “high confidence.”

The country’s fascination and the government’s investigation into aliens is nothing new. Project Blue Book was an official government program established in 1948 to investigate reports of UFOs.

The reports were archived and eventually made available to the public under the Freedom of Information Act (FOIA). They claimed that the program investigated 12,618 reported UFO sightings, establishing that 701 remain “unidentified.”

Even a 1997 poll from CNN/Time found that 80% of Americans thought that the government was hiding knowledge of the existence of extraterrestrial life forms. The report was released 50 years after the Roswell incident, which made Area 51 popular.

Though Area 51 was established in 1955, the mystery began sometime in the ’80s when a man claiming to have been employed there said he saw scientists engineer an alien aircraft, which some believed was modeled after a UFO that had crashed in Roswell, New Mexico, in 1947.

The man’s story was later proven false as it was discovered that the alleged alien saucer turned out to be an advanced weather balloon. But that has not dissuaded Americans from believing in our otherworldly neighbors.

And while the Roswell UFO Fest was moved online last year due to COVID-19 despite much resistance, the annual otherworldly event resumed just last week in honor of the extraterrestrial holy ground. The site of a supposed UFO crash in 1947 draws thousands each year. 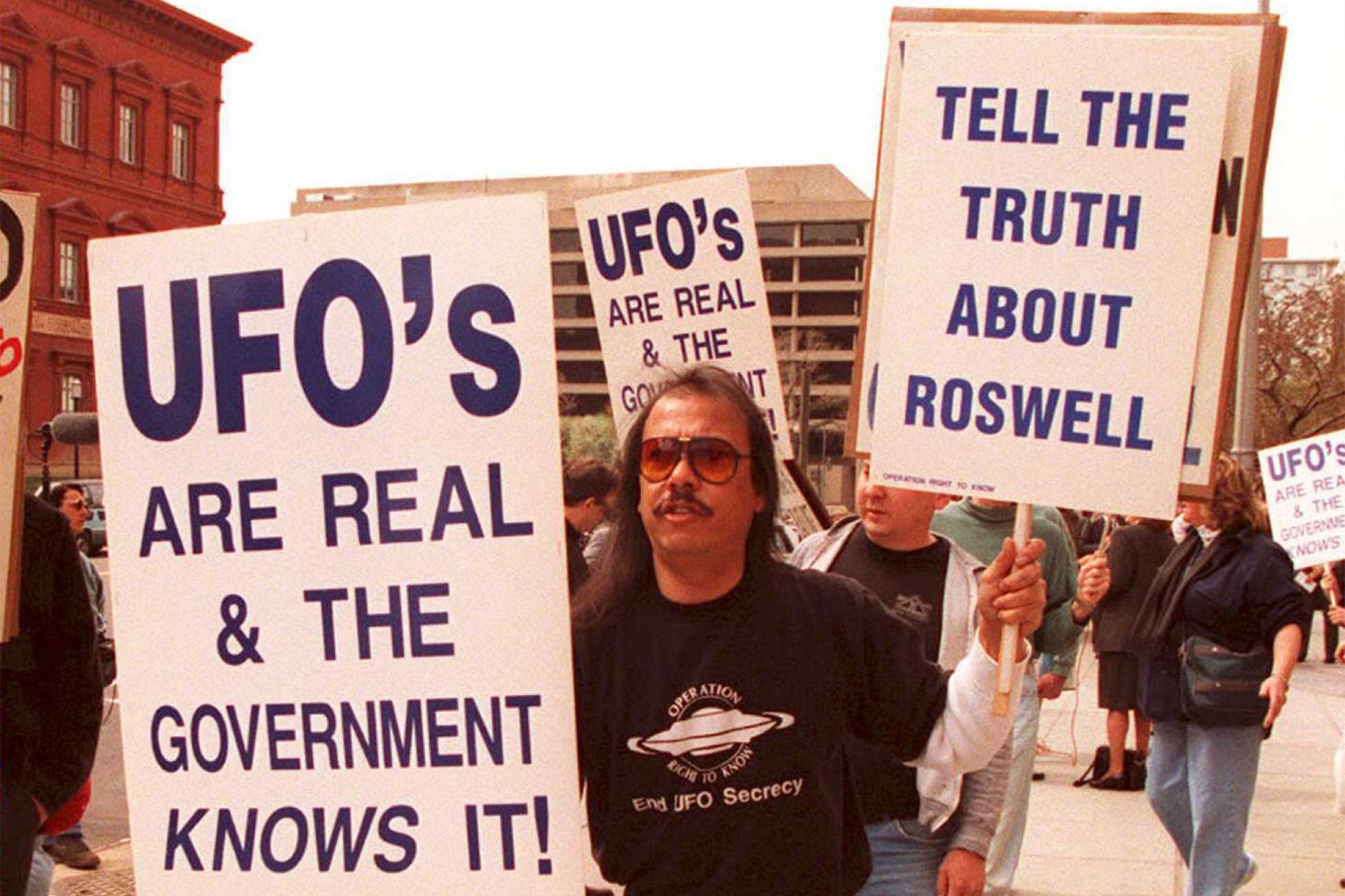