In November 2004, future Yankee great CC Sabathia, then pitching for the Cleveland Indians, arranged a proper wedding ceremony for him and his wife Amber. They’d had a quick courthouse wedding a year earlier, but now they wanted an actual ceremony to celebrate with loved ones.

Sabathia had suffered through a year of death, with his father, uncle, and cousin all passing away. Throughout this, he sought refuge as he had since the age of 14, in a bottle — or, many bottles, as was usually the case.

His wedding night, sadly, was no exception.

The weekend before, the couple each had their own bachelor and bachelorette parties over a Las Vegas weekend before combining the groups for a big Sunday dinner.

When the waitress presented the bill at the end of the night, Amber signed it, which ignited a drunken rant from Sabathia, screaming, “I can sign the damn bill!”

“From there, it turned into a huge fight. Nasty, mean things got said, as if the booze was some kind of truth serum, releasing all the anger and insecurity in me,” writes the Yankee great in his new memoir, “Till The End,” (Roc Lit 101, out July 6), which was written with Chris Smith.

“Suddenly I was yelling, ‘I’m not marrying you!’ and Amber was yelling back, ‘We’ve been married for a year! You can’t go back now!’ I escalated it, of course: ‘You’re just with me for my money!’ ”

Amber’s friends were in tears, but Amber, more experienced in this behavior, knew it would simply lead to apologies the next day.

The wedding, with around 300 guests, took place as planned. Sabathia writes that it was beautiful — what he remembers of it, at least, since the heavy drinking began early in the day.

He got through the ceremony — though without being able to look Amber in the eye — and ended the night with one final indignity.

“Our honeymoon night didn’t last long,” he writes. “After reaching our suite I passed out immediately, still in my tuxedo, and peed in the bed.”

Sabathia pitched in the major leagues for 19 years, 11 of them with the Yankees. He was on six All-Star teams, won the American League Cy Young Award in 2007, and led all major league pitchers in wins in both 2009 and 2010.

He also drank enough alcohol to be the protagonist in a Charles Bukowski novel.
Sabathia’s drinking placed him in risky situations throughout his career.

In 2009, his first year with the Yankees, he went with some teammates and old friends to a dance club during his first series back in Cleveland. Late that night, Amber was trying to get him to leave, but he’d always answer with, “One more drink!”

At one point, he accidentally bumped into a woman who then spilled a drink on him, leading to an altercation.

“People were pushing and shoving and cursing,” he writes. “[Indians player] Cliff Lee was pulling on me: ‘Come on! We got to go!’ So then I started trying to fight Cliff. He wound up punching me in the face just to get me into the car.”

The brawl wound up making the local news.

Later that year, Beyoncé threw a surprise 40th birthday party for Jay-Z, whom Sabathia had known for several years by then, at a resort in the Dominican Republic. Sabathia and Amber were two of about 50 guests invited to the ultra-exclusive soiree, which included Diddy, Kanye West, Alicia Keys, Kate Hudson, and Alex Rodriguez.

Before they left, Sabathia promised Amber he wouldn’t drink on the trip. That promise didn’t last long.

“Drinking helped with my nerves, so I figured drinking more had to help more,” Sabathia writes. “Once I got started, I didn’t know when to stop. People told me later that the party finally ended at 5 a.m. I don’t remember. What I do remember is Amber waking me up.”

He later learned that shortly after Amber woke up, a housekeeper told her that Sabathia was by the pool.

“Amber came out and found me face down on a lounge chair, passed out, completely naked. Someone had covered my butt with a beach towel,” Sabathia writes.

“Fortunately, none of the other guests mentioned it. I don’t like to think about who else may have seen me out there.”

In 2012, he wound up in a big fight with Amber after showing up drunk to a football practice for one of their children, to the point where she wouldn’t let him drive their kids home.

Sabathia handled the situation the only way he knew how — by getting even drunker. Amber kicked him out of the house after he downed another bottle of vodka — she had found text messages he sent to another woman — and he responded by getting into his car and driving it through a 10-foot-high steel fence on a neighbor’s front lawn.
Between his wife, mother, and agent, they convinced the neighbor not to call the police, and Sabathia paid to repair the fence.

After a few unproductive years of therapy where he worked more on hiding his drinking than ending it, he finally hit bottom. Someone sent Amber a picture of him passed out in a storage room at Camden Yards in 2015, with a note saying that he had come to the ballpark too drunk to function and that reporters might pick up on it, and asking if there was anything she could do to stop his binge.

“The realization that I was too drunk to throw my normal bullpen — that I couldn’t do my job, that the drinking was keeping me from picking up the ball and throwing it, the thing that had changed my life and given my family everything good — hit me, and somehow this time the mix of sadness and fear and exhaustion got me off the concrete,” Sabathia writes.

He entered a monthlong rehab program in October 2015. After, instead of maintaining his privacy, he decided to talk about his alcoholism on “Good Morning America.”

“My reasons were selfish, in some ways,” Sabathia writes. “Going on national television was a way of eliminating any possibility of secrecy, and asking for everyone’s help in staying sober: If anyone saw me drinking again, they would call me out.”

But there was another element to his going public with his troubles. For Sabathia, the public disclosure released a wave of tension and pressure that, in a closed sort of loop, had exacerbated the drinking that helped cause them.

“All the years of trying to hide my drinking from my teammates and all the people I loved — it had been damaging, and it had been work,” Sabathia writes.

“The love that came back was a revelation, and a relief: I didn’t have to drink to relax or to have people want to be around me. I was free.” 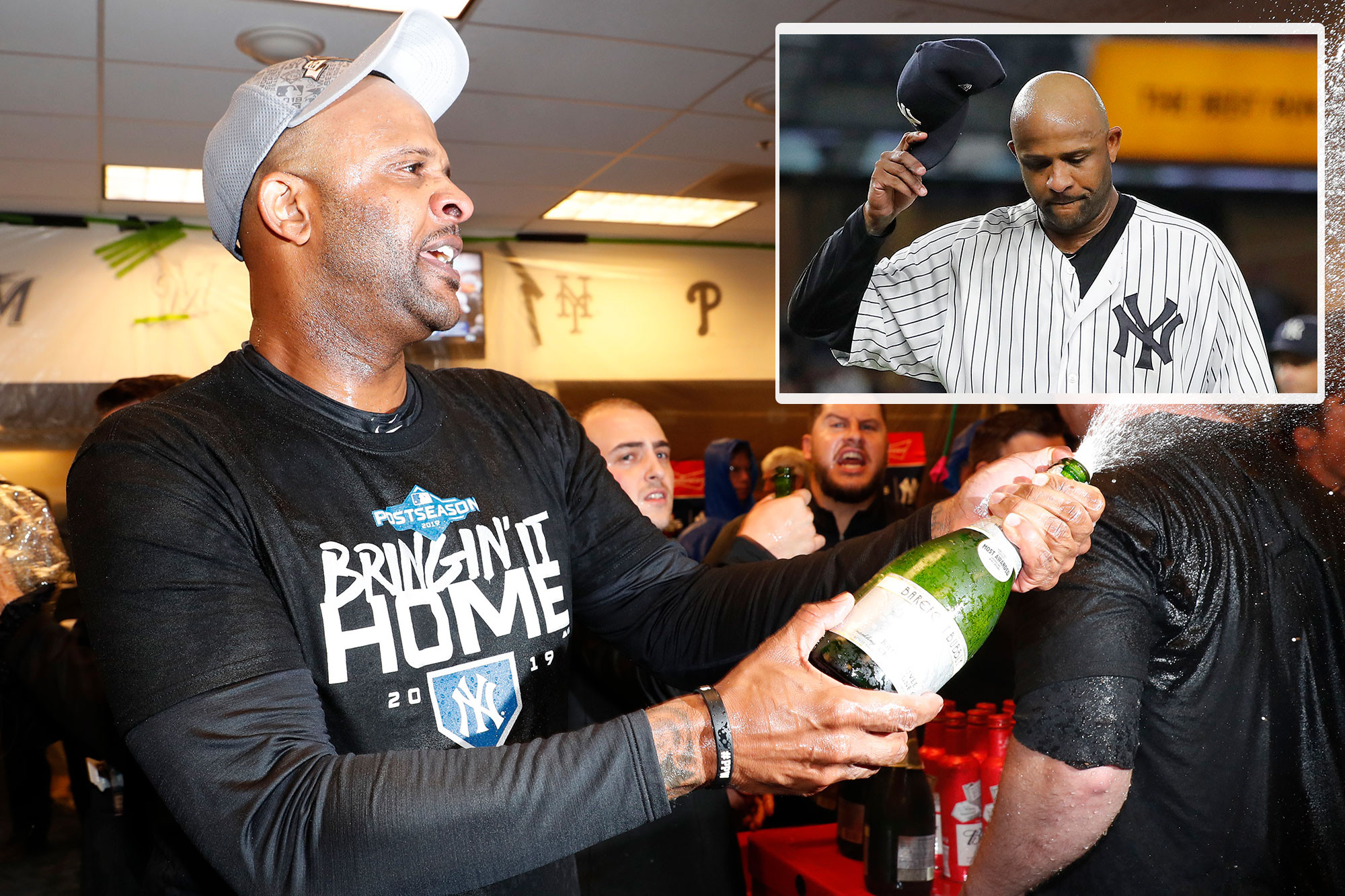