The Brooklyn teenager charged with shooting a tourist in Times Square has been “a little troublesome-ass boy” since moving into his Bushwick neighborhood last year, neighbors told The Post on Thursday.

Avon Darden, 16, who is awaiting arraignment in Manhattan Criminal Court in the June 27 wounding of newlywed US Marine Samuel Poulin, is known for causing fights in the area, neighbors said.

“That short-ass, little troublesome-ass boy,” one local said of Darden. “I know he is always in trouble.”

Another neighbor agreed, saying the teen “is always in trouble — fighting and stuff like that.”

“They are new here,” said the neighbor on Debevoise Avenue. “They moved in just before the pandemic. His mother is hardly there. He is always there by himself. I see him in the hallway smoking weed with his friends.”

He said he’s not shocked Darden was nabbed for allegedly trying to gun down a street performer in Times Square.

The teenager turned himself in to the Midtown South police precinct on Wednesday, police sources said.

He is accused of opening fire at the Crossroads of the World after feuding with a street performer, with one of the shots ricocheting and striking Poulin in the back.

The Marine was visiting the Big Apple from upstate to attend a baptism.

He and his family were walking past the Marriott hotel on West 45th Street around 5:15 p.m. when he was hit.

“I think it’s horrible,” one Bushwick neighbor said. “It’s horrible. He is only 16 years old.”

“He is walking around with a gun,” she added. “I’m glad he ain’t here no more. He could have killed someone. I’m scared.”

The neighbors asked not to be identified for fear of retribution.

“It wasn’t like this,” said the woman, who moved into the area in 1971. “Now people are out here, fighting each other, shooting each other. I don’t understand it.” 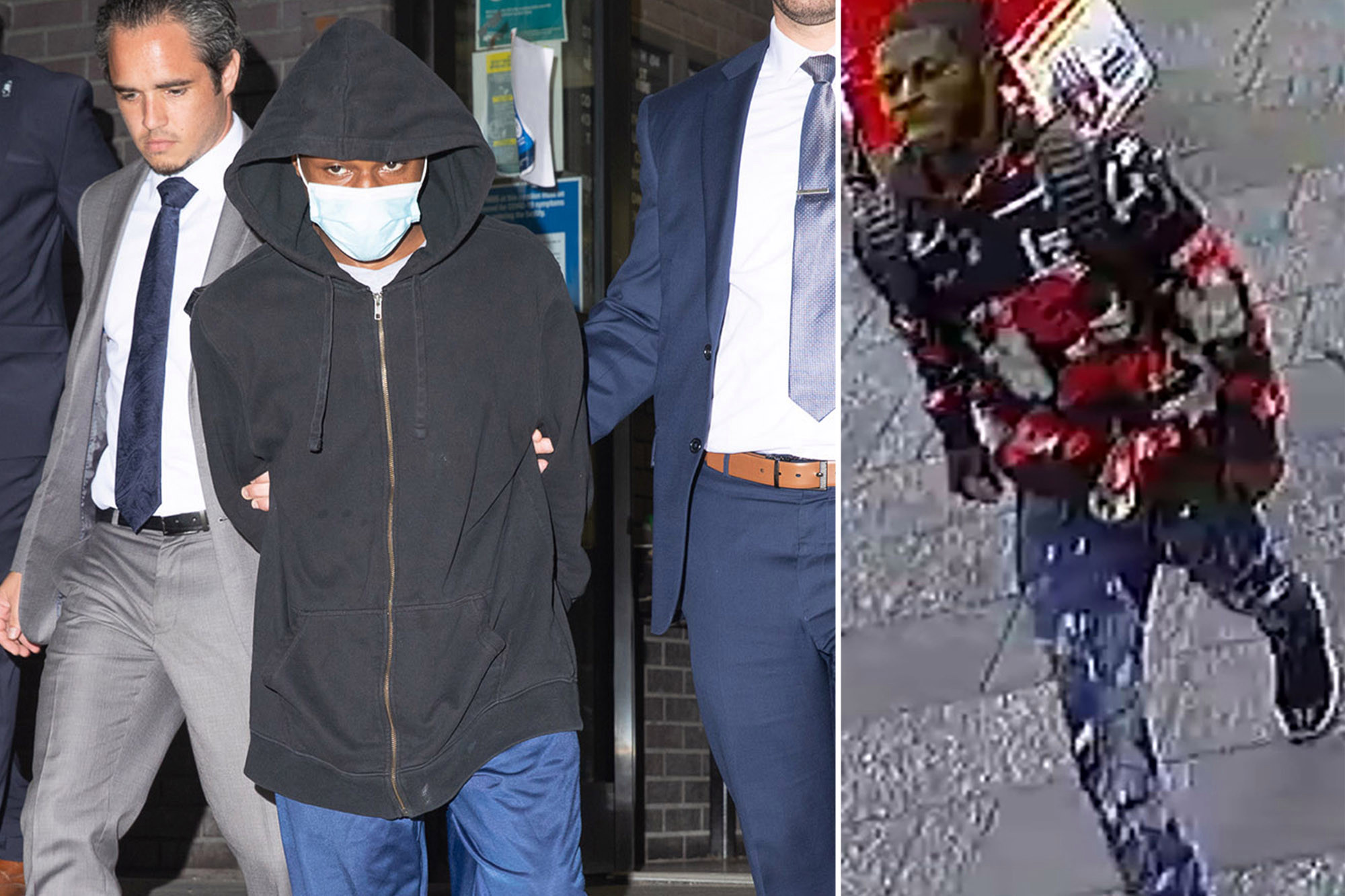