BOSTON — The New England Aquarium in Boston accepted an entrance ticket on Thursday first purchased in 1983 that allows the holder to return “at anytime in the future.”

Rachel Carle, 26, picked up the ticket from her great aunt, Catherine Cappiello, who came to visit the aquarium more than 37 years ago, the Boston Herald reported.

Cappiello and her partner arrived near closing time in November that year and both got a “late gate ticket,” which was good for a visit at a later time. Cappiello, who lives in Trenton, New Jersey, gave it to Carle last fall as she drove from the Washington area up to Boston, where she is enrolled as a graduate student in public policy at Harvard University.

Aquarium President and CEO Vikki Spruill told the newspaper the late gate tickets were discontinued about 25 years ago, but that they will see about one a year.

“We honor each valid admission ticket, and this was one,” Spruill said. “Forty years is a long time to be carrying that ticket around, and we’re so glad she did.”

Carle tweeted a photo of one of the tickets which was legible, if a little worn around the edges.

The New England Aquarium is one of Boston’s most popular attractions and a research institution. It closed temporarily closed twice in 2020 and reopened again to visitors in February. 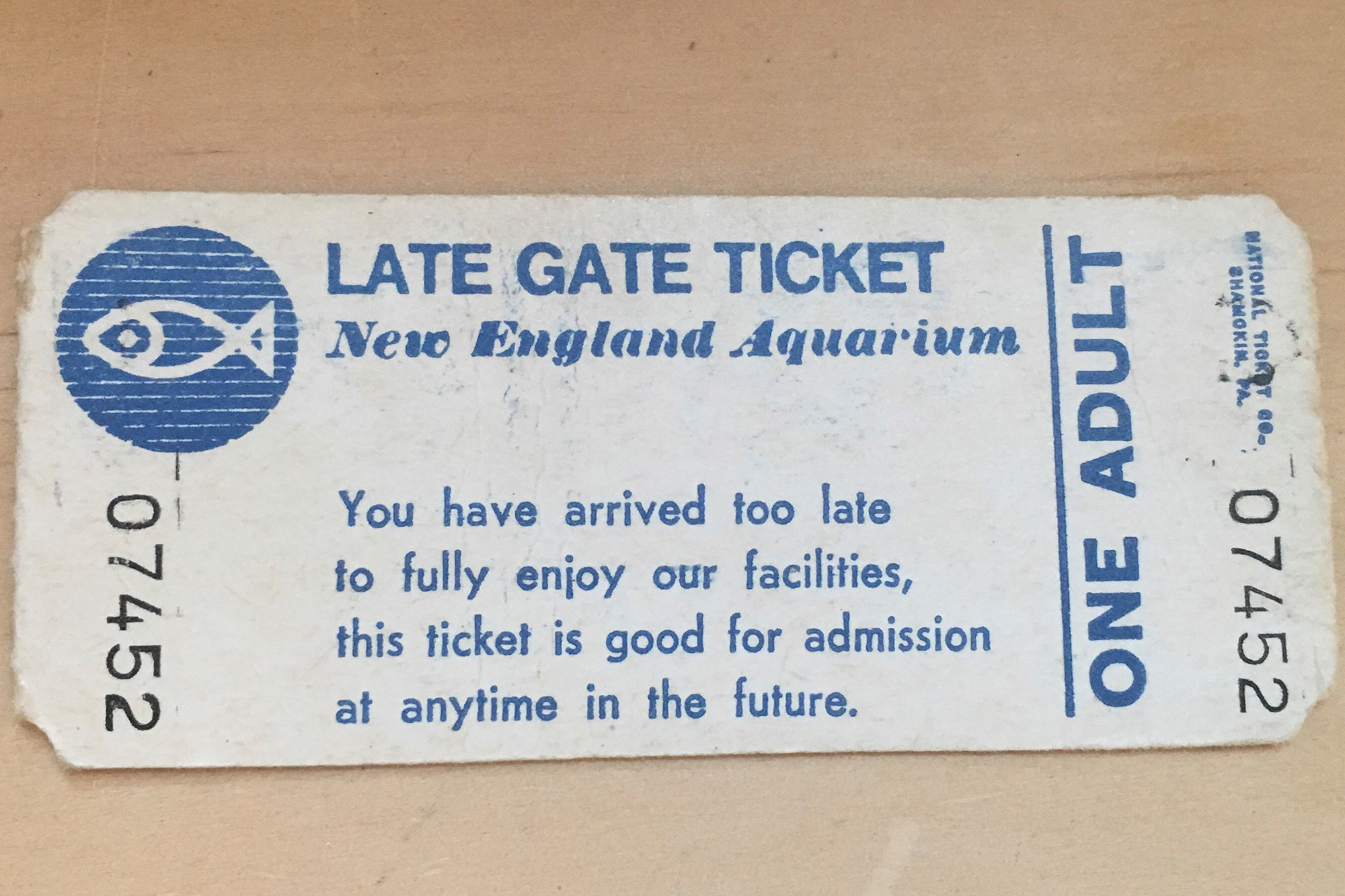