A New York model, and the daughter of Milwaukee Bucks owner Wes Edens, lost her prized pup in Queens after he ran away from a walker.

But Mallory Edens was reunited with Prince thanks to a surprise assist from the New York Mets.

Prince broke away from a dog walker about a mile away from Citi Field on July 3rd and she asked her social media followers for help in a series of desperate posts.

“EMERGENCY hi guys I need your help — my dog Prince went missing an hour ago when he was with his dog walker in Queens (near junction boulevard) and we can’t find him,” Edens, 25, wrote on Instagram with a picture of Prince posing on a colorful blanket and a stuffed sunflower.

“He is my best friend and the love of my life if you know anybody in that area of queens and you could PLEASE share it would mean the world to me. He’s microchipped and I will pay a big reward to whoever finds him please just help me bring my boy home.”

Even though Edens is an apparent New York Yankees fan, the crosstown rival Mets caught wind of the post and decided to put their competitive differences aside to ask their followers for help.

“Twitter do your thing…this dog “Prince” is lost near @CitiField. If you see Prince please reach out to us,” the team tweeted around 6 p.m on July 4.

“No joke, we are trying to help reunite this dog with their owner.”

On Monday, Edens posted on Instagram that a “beautiful family” found Prince on the Whitestone Bridge on Saturday shortly after the dog went missing and “risked their lives” to stop traffic, “chase him down” and bring him home.

She said the family’s daughter later saw Edens’ Instagram post, and a cousin saw the tweet from the Mets, and they realized they had the model’s missing dog and got in touch.

Edens posted a video of the moment she reunited with Prince and it shows him gleefully jumping on her and covering her in kisses as the pair basks in the luck of their reunion.

“My eternal gratitude and thank yous to all of my family, friends, friends of friends, and all of the incredibly kind strangers we met along the way who dropped everything on a holiday weekend to help me find my baby boy,” Edens wrote, calling the Peekskill family her “absolute heroes.”

“Love is the most powerful life force in this world and I am so lucky to have a life so full of it ❤️. MY BABY IS HOME 🙏🏼. I grew up a huge Yankees fan but you better bet I’ll be in Blue and Orange for the rest of my life @mets 🧡💙.”

The Mets also confirmed the happy news and thanked their followers for the help.

“You helped reunite @MedensEdens with her dog Prince!” 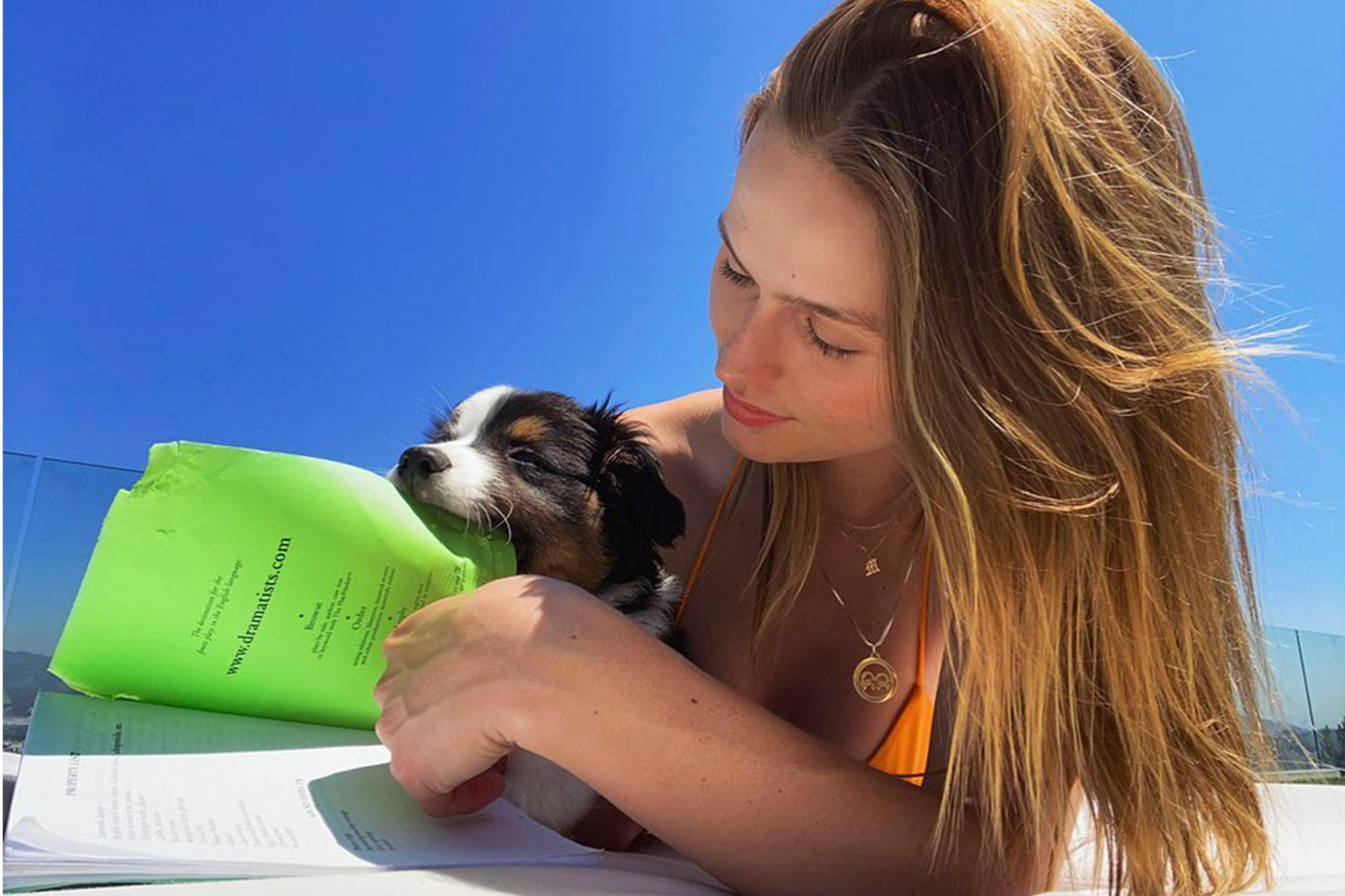