The white New Jersey man who was caught on camera hurling racial slurs at his black neighbor will be hit with new charges in connection to the belligerent episode, prosecutors said.

Edward Cagney Mathews, 45, will face charges of bias intimidation and assault after a video of the racial tirade sparked protests over the weekend outside his home in Mount Laurel, Burlington County Prosecutor Scott A. Coffina said.

“I want to especially commend the victim who showed incredible restraint with somebody spewing awful, vile things in his face. Assaulting him,” Coffina said Monday evening at a press conference, NBC Philadelphia reported.

“That’s the subject of the additional charge today. That was on video.”

The Mount Laurel police said Mathews was initially charged with harassment and bias intimidation after a woman told authorities he was continuously harassing her, the Burlington County Times reported.

The latest charges stem from footage of the other confrontation on Friday in which Matthews repeatedly approaches a black man’s doorstep and gets into his face — and at one point, bumps him with his chest.

In the footage of the incident, Mathews can be heard telling the unidentified neighbor to “learn your laws.”

“This is not Africa … or wherever the f—k you were,” Mathews allegedly says to the man.

“I was born in America,” his neighbor responds, “and I don’t give a s–t about you.”

Edwards repeatedly called the man the n-word and a “monkey” during the confrontation — and gave out his address to the person filming him and challenged them to visit.

Other neighbors, including Jazmyn Jene, claimed that Matthews had also subjected them to harassment.

“He made threats, filed false complaints, tried to pin people against me constantly HARASSED ME,” she wrote on Facebook.

“Tried to force me to drop charges, spray painted my car… He KICKED IN MY DOOR with numerous people present.”

He was arrested Monday by officers who escorted him through the crowds as he was pelted with water bottles, the outlets reported.

Matthews has denied that he was a racist and apologized for Friday’s confrontation. 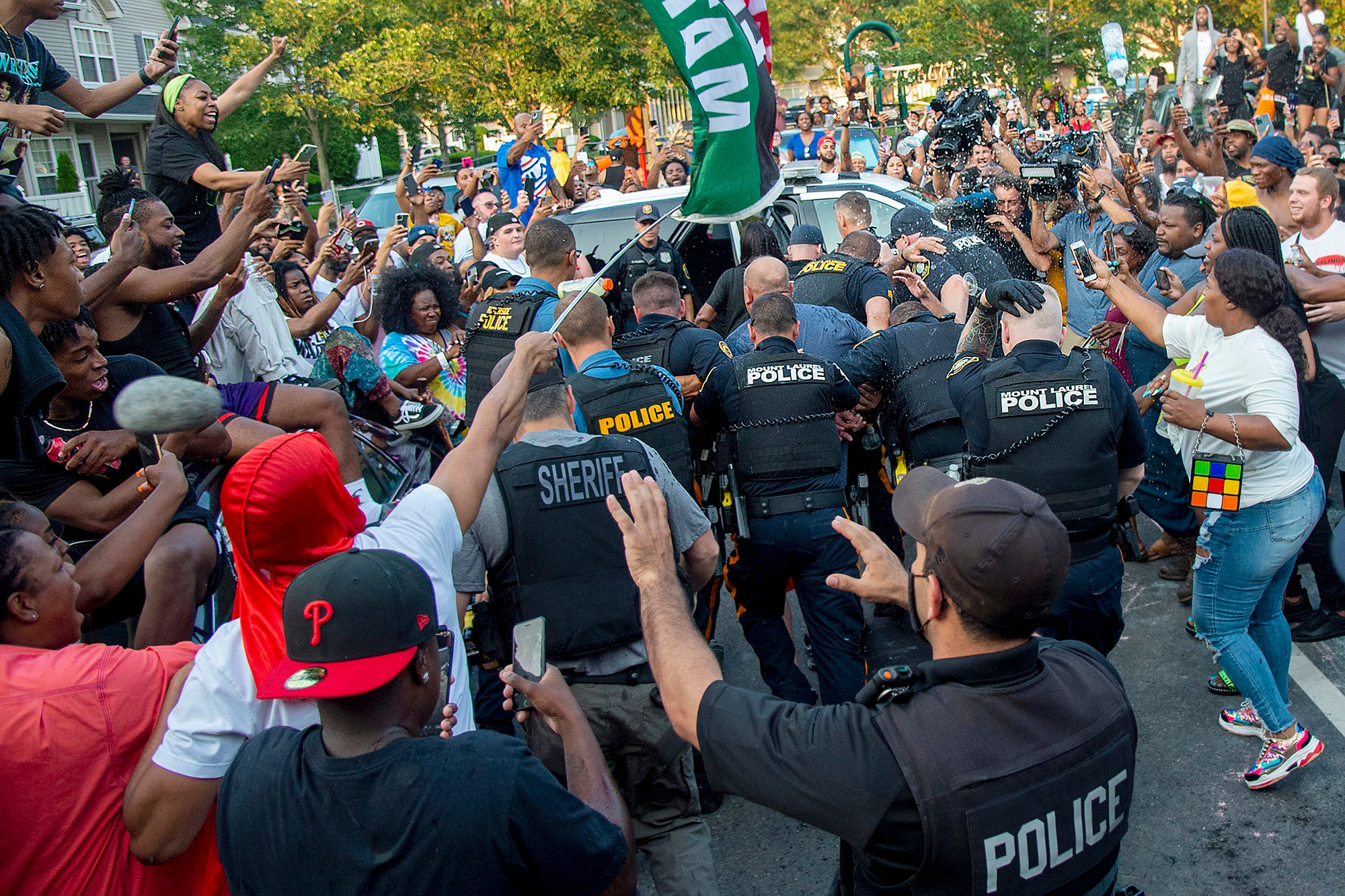