Auto theft in New York City is going down a bad road.

In Manhattan, 684 cars were snatched, with the problem apparently concentrated in the Midtown North Precinct, which encompasses Midtown and includes blocks south of Central Park. That’s where 426 vehicles have been snatched this year, as compared to 260 in 2020, a 64 percent surge.

Looking for a sense of security? Park on Staten Island, where auto theft is down 14 percent this year — 94 — compared to last year — 109, the data show.

On July 2, cops thwarted a crazed carjacker in Sunset Park, Brooklyn who sped off with a 2-year-old in the back. The child was missing for over an hour following the harrowing 3:40 p.m. incident and found unharmed near Brooklyn Bridge Park, where the suspect was arrested.

Car theft has gotten so bad in the city, that some cops were steering people to an ’80s throwback security device — The Club — to safeguard their ride as 2020 came to a close.

The NYPD said car thefts jump in the summer because people are traveling more. In the past, the department has blamed the state’s bail reform overhaul and the coronavirus lockdown in part, for the surge — with car thieves emboldened as city residents weren’t moving their vehicles as much.

Thefts often occur when keys or key fobs are left in cars, or drivers leave their rides unattended with the motor running, the NYPD said.

Last year, the department noted the NYPD was seeing a “younger demographic” — more thieves under 18. Late-model Hondas were “by far” the apple of a car thief’s eye, followed by Toyotas, cops said.

This year, the top five cars in the cross-hairs are, in order: Ford Econoline, Honda Accord, Honda CRV, Toyota Camry and Honda Civic, the NYPD said.

Gotham averaged 639 auto thefts on a given day of the week this year, the stats show.  Thieves put the pedal to the metal on Thursdays, when 683 vehicles have been reported stolen. Their gas tank runs lowest on Saturdays when the fewest number of vehicles — 587 — have been stolen, according to the data.

“Just wait until New York City residents see their next auto insurance bill,” snarked Joseph Giacalone, an adjunct professor at John Jay College of Criminal Justice and a former NYPD sergeant, who said car theft has been “off the charts” for over two years. 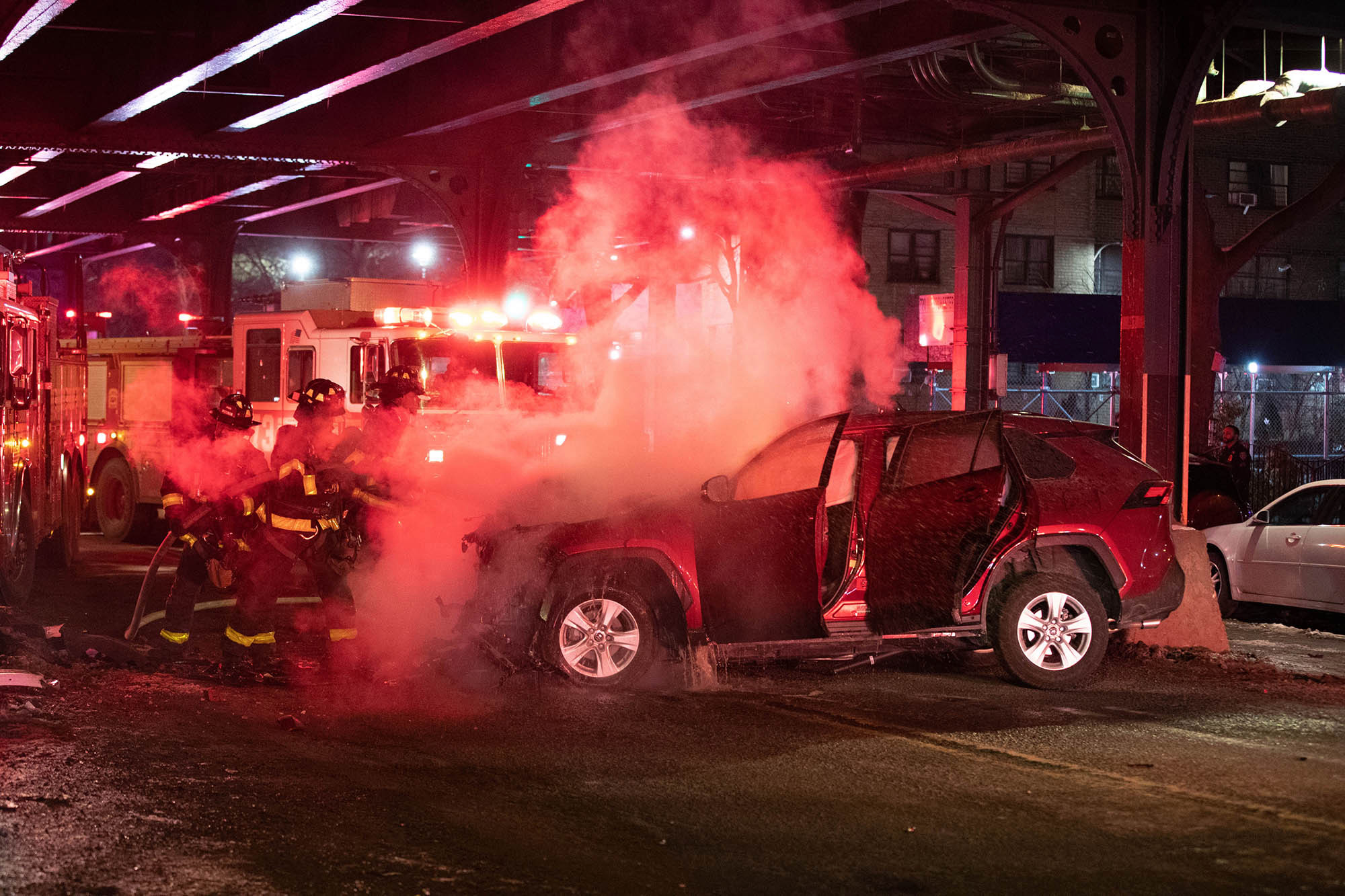