A relieved Brooklyn dad praised the cops and medics who a day earlier thwarted a carjacker in Sunset Park who sped off with his 2-year-old daughter in tow — and made sure his child was returned unharmed.

“Only thing I want to say is I have a most heartfelt gratitude for the police department and EMT service workers. That’s all I really want to say,” Andrew Li told The Post during a brief phone interview.

Cops say Tyler Hall, 33, of New Hampshire allegedly swiped the gray Honda Pilot near 30th Street and 3rd Avenue in Sunset Park — across the street from the Metropolitan Detention Complex, a federal jail for criminals awaiting trial — at around 3:40 p.m. Friday.

Hall allegedly ripped off the vehicle as the toddler’s 34-year-old mom secured the little girl, Zoey, in her car seat, police sources said. He did not display a weapon, the sources added.

The 2-year-old was found unharmed and still in her carseat in the vehicle, which was ditched near Brooklyn Bridge Park, where the suspect was arrested.

Li said that Hall was a stranger to him.

Hall was awaiting arraignment Saturday in Brooklyn Criminal court on a slew of charges, including robbery, vehicular assault, grand larceny, reckless endangerment, unauthorized use of a vehicle, unlawful imprisonment and acting in a manner injurious to a child.

Wearing an ill-fitting white plastic hazmat suit and a surgical mask, Hall remained tight-lipped as he was walked out of the NYPD’s 72nd precinct on Friday night. 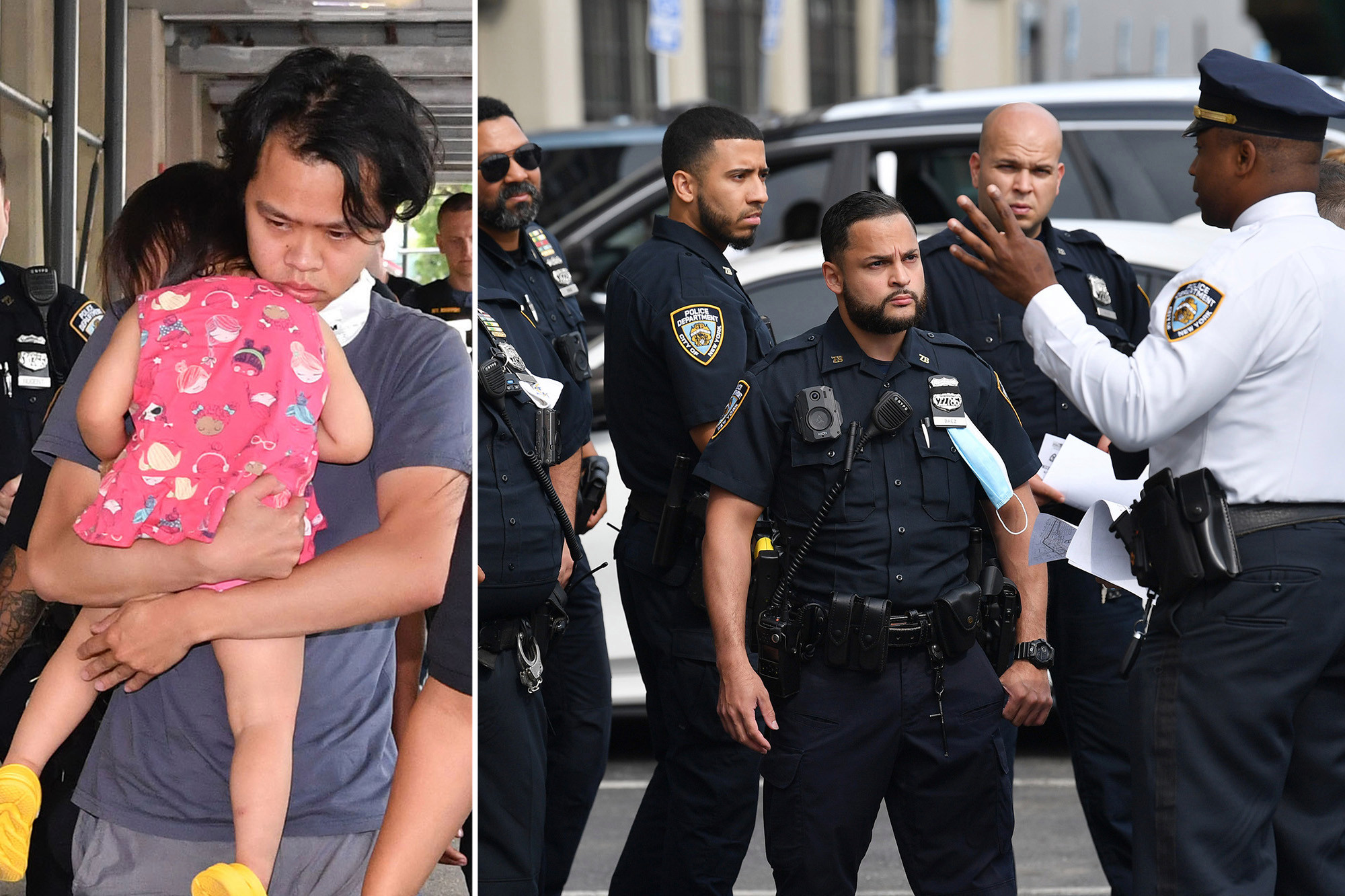