The Department of Education has removed a Queens principal for his role in a grade-fixing scandal first exposed by The Post in 2019, officials said Thursday.

The DOE said it will seek to terminate deposed Maspeth High School principal Khurshid Abdul-Mutakabbir after investigators substantiated a raft of academic misconduct charges against him.

A group of teachers told The Post in August 2019 that administrators pressured them to pass failing students and that staffers gave out Regents exam answers during the test.

The whistleblowers also reported that kids who did little to no work were graduated via phantom classes and credits.

“Following DOE’s investigation into Principal Abdul-Mutakabbir’s unacceptable behavior, DOE served him with disciplinary charges and removed him from payroll while we seek to terminate his employment pursuant to state law,” said DOE spokesperson Katie O’Hanlon.

Abdul-Mutakabbir has been removed from his post without pay and the DOE will now begin proceedings to terminate him outright.

“Our schools must have the highest standards of academic integrity, and we are working quickly to bring in new, qualified leadership to Maspeth High School.” O’Hanlon said.

Cynical students called their guaranteed graduations the “Maspeth Minimum,” and the school’s 99 percent graduation rate helped to land it a “Blue Ribbon Award.”

“Teachers are not allowed to fail students,” a staffer told the Post.

Staffers who refused to partake in the academic misconduct were targeted with trumped up disciplinary charges and other forms of retaliation, sources said. 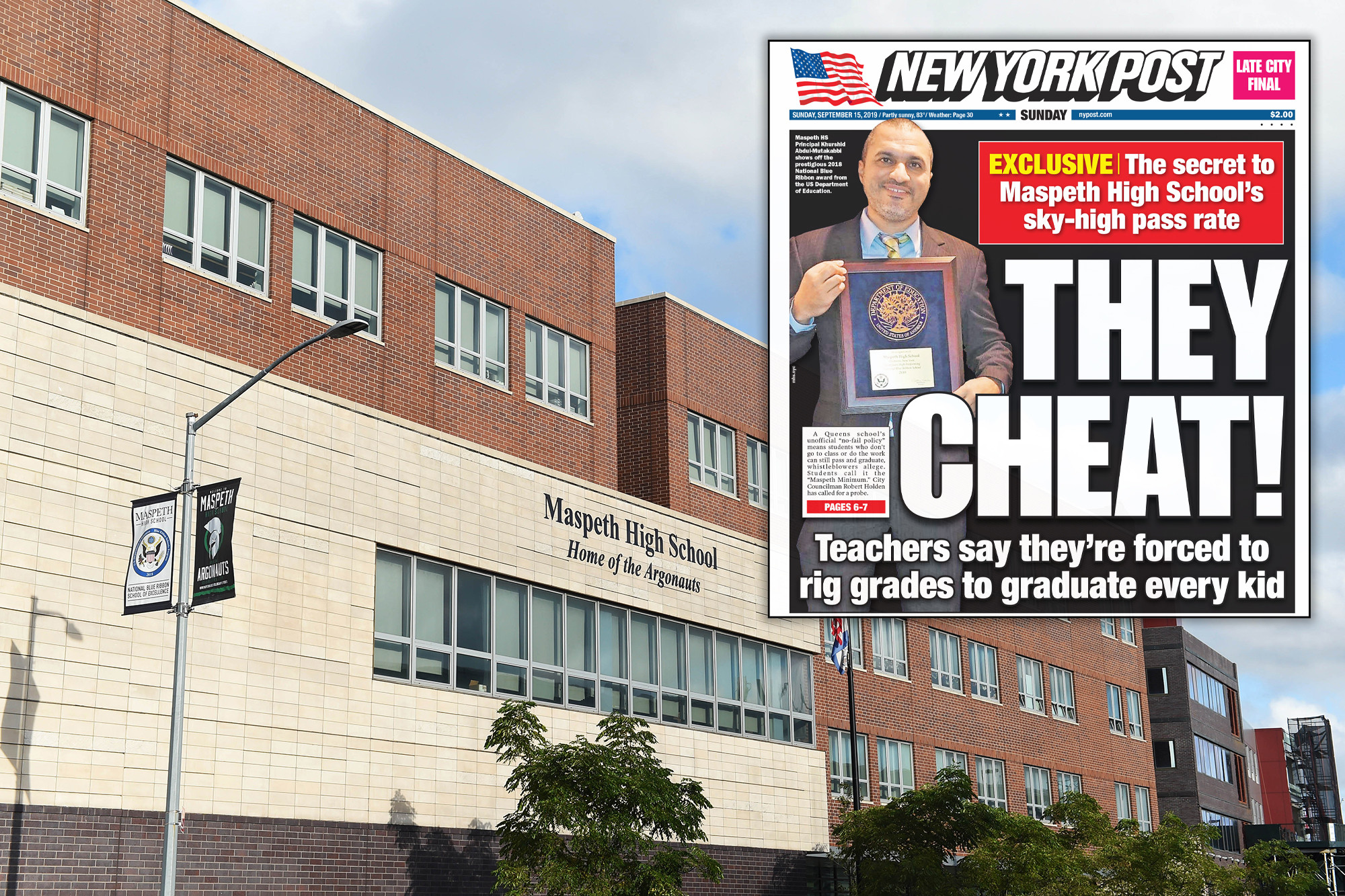