Thou shalt not pass.

Highways across the city were overwhelmed with water on Thursday afternoon, as rains ahead of Tropical Storm Elsa shut down the Major Deegan Expressway in the Bronx.

Photo and video posted on Twitter showed drivers going single-file on one side of the stretch of I-87 near 179th Street — as an NYPD rescue team in a massive truck assists multiple drivers whose cars appear completely trapped on the other.

Videos on Twitter showed similar chaos on the FDR Drive.

In one clip shot from someone’s dashboard, drivers move single-file on the far edge of the roadway to avoid the deluge to their right. In another shot from above, a few daredevils — including one in a sedan — plow courageously through the deepest part of the roadway.

Police advised drivers to stay clear of Major Deegan, which runs up the eastern border of the Bronx, towards New Jersey and Westchester County to the north.

A severe thunderstorm warning was in effect through 9 p.m. Thursday along with a flash flood warning that will last through midday Friday, as Tropical Storm Elsa moves into the city, a meteorologist told The Post.

“The tropic moisture, the very humid air, the very muggy sticky air well ahead of the storm is in place now… and so we have some showers and thunderstorms that developed across the region and produced some very heavy drenching downpours over the course of the afternoon.”

Amid the heavy afternoon rains, lightning struck a transformer at ConEdison’s facility in Astoria, Queens, but did not cause any outages, the company said. Video posted on CitizenApp showed the transforming emitting smoke while engulfed in flames.

As the thunderstorms die down Thursday night, Tropical Storm Elsa will make her presence known in the tri-state area around midnight, bringing 2-4 inches of rain and wind gusts that could reach 40 mph by the beach in the boroughs.

“The amount of impacts are going to be limited to maybe as little as three or four hours when really the brunt of the storm is coming through and that might be 4 – 8 a.m.,” Dombek predicted.

On the shores of New Jersey and Long Island, the wind could reach up to 50 mph, and a tropical storm warning will be in place, the weatherman said.

“Be aware and be cognizant that almost for sure there are going to be some rip current issues as Elsa is moving away,” Dombek warned would-be swimmers and surfers.

As Elsa moves out of the city, New Yorkers are expected to get a brief break from this week’s oppressive humidity.

“Kind of a short lived spell of somewhat more comfortable conditions… humidity levels will creep back up again on Sunday and the early part of next week, it looks like it’s pretty sticky again,” Dombek explained. 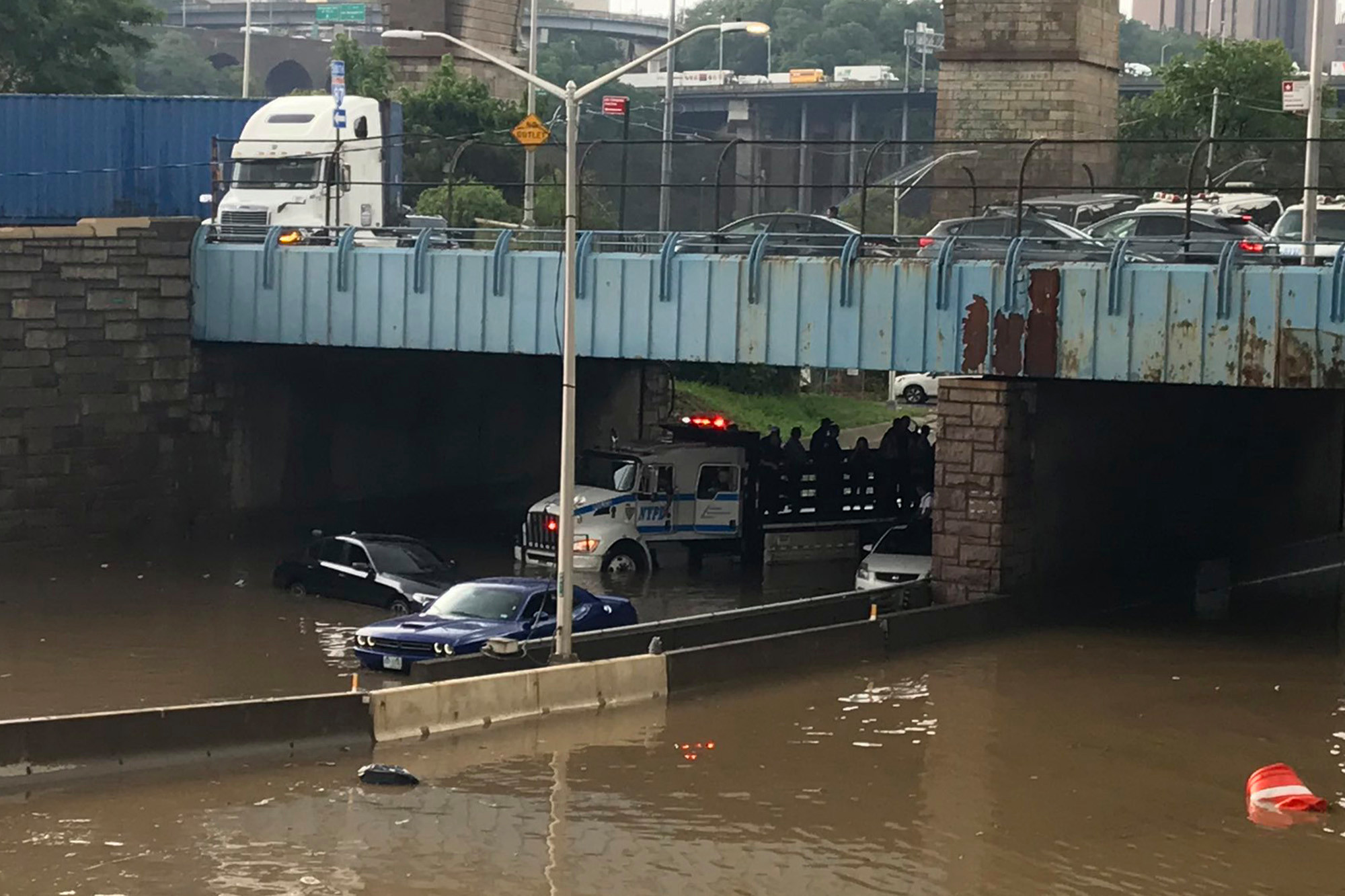