The NYPD sounded the alarm long before Gov. Andrew Cuomo declared a statewide “gun emergency,” top cop Dermot Shea said Wednesday, as he repeated his familiar refrain that bail reform was to blame for the shooting surge.

The police commissioner was asked on PIX 11 about the governor’s first-of-its-kind move Tuesday in combating the scourge of gun violence across New York, including $138 million in new spending to try to stop the trend.

“Well, I think we announced it last year, you know, and I’m glad that the governor came out and put it on the forefront that it is a problem that we’re facing right now,” Shea told host Dan Mannarino during a Wednesday morning appearance.

“I think you’ve got to get uncomfortable here, and the uncomfortable conversation for a lot of people is we have to address that law that was passed in 2019, and the implications that we’re feeling today,” he said, referring to sweeping bail reform measures that took effect in January 2020.

Since then, Shea and other NYPD brass have attributed the spike in shootings to more criminals being cut loose without bail, but The Post found last year that NYPD’s data doesn’t line up with that explanation.

Mannarino asked Shea if he was arguing that Cuomo — who signed the legislation — shouldn’t have done so.

“Go back and watch the tapes from January of last year,” he added. “We went on record right away and outlined what was going to happen in the next 18 months. No one could have predicted the next 18 months and it’s gotten cloudier and cloudier. A lot of different issues — certainly COVID, courts, a lot of things. But until we really address what’s going on, New Yorkers are going to suffer, and that law has to change.”

Shea acknowledged that he has spoken to Cuomo and “many people” about the gun violence emergency.

Last month, the NYPD logged 165 shootings, a drop from 205 acts of gunplay during the same month last year amid an unprecedented spike in shootings citywide.

“We started to reverse the trend that we’ve been seeing since last May of increased gun violence,” Shea said during a Tuesday press conference with Mayor Bill de Blasio, while conceding that “we know we have so much more work to do.”

However, shootings have soared nearly 38 percent so far this year compared to last — with 765 incidents versus 555, the data shows. 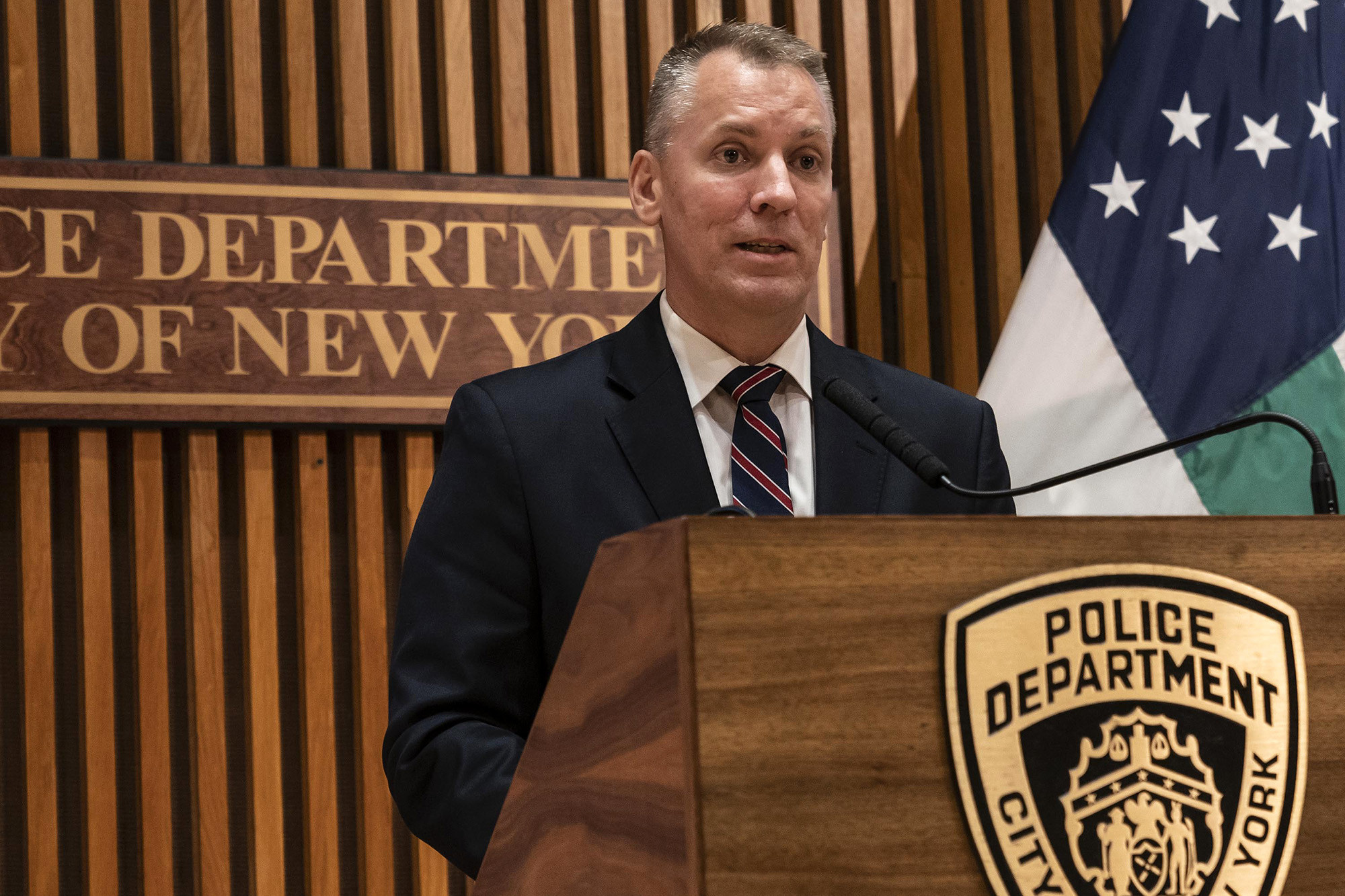