An NYPD housing officer suffered minor injuries when he was shot in the neck with a BB gun in Brooklyn on Saturday evening, police and law-enforcement sources said.

The officer was hospitalized after pellets flew on Blake Avenue in Brownsville at around 5:40 p.m., police said.

Two hours later, dozens of cops were seen by The Post going into 335 and 337 Blake Ave., searching for the shooter.

Neighbor Mike Hunter, 81, said the driver’s window and passenger window of his green Lumina was cracked by the BB gun fire, leaving the street littered with glass.

“It’s very bad. These guns,” he said. “It got worse the last year or six months. Every night you look someone is getting shot or killed.”

Another resident, who declined to give his name, said that someone shot and damaged his car with a BB gun last week.

“Stupid mother—-ers out here,” said another neighbor, who asked not to be named.

The investigation was ongoing.

The BB gun shooting came after a city traffic agent was also shot with a BB gun while writing a summons in Queens on Friday afternoon, police said.

The victim was issuing a parking summons on New Haven Avenue and Beach 22nd Street at 3:15 p.m. in Far Rockaway when he was struck with pellets in his right arm and leg. He was not seriously injured. 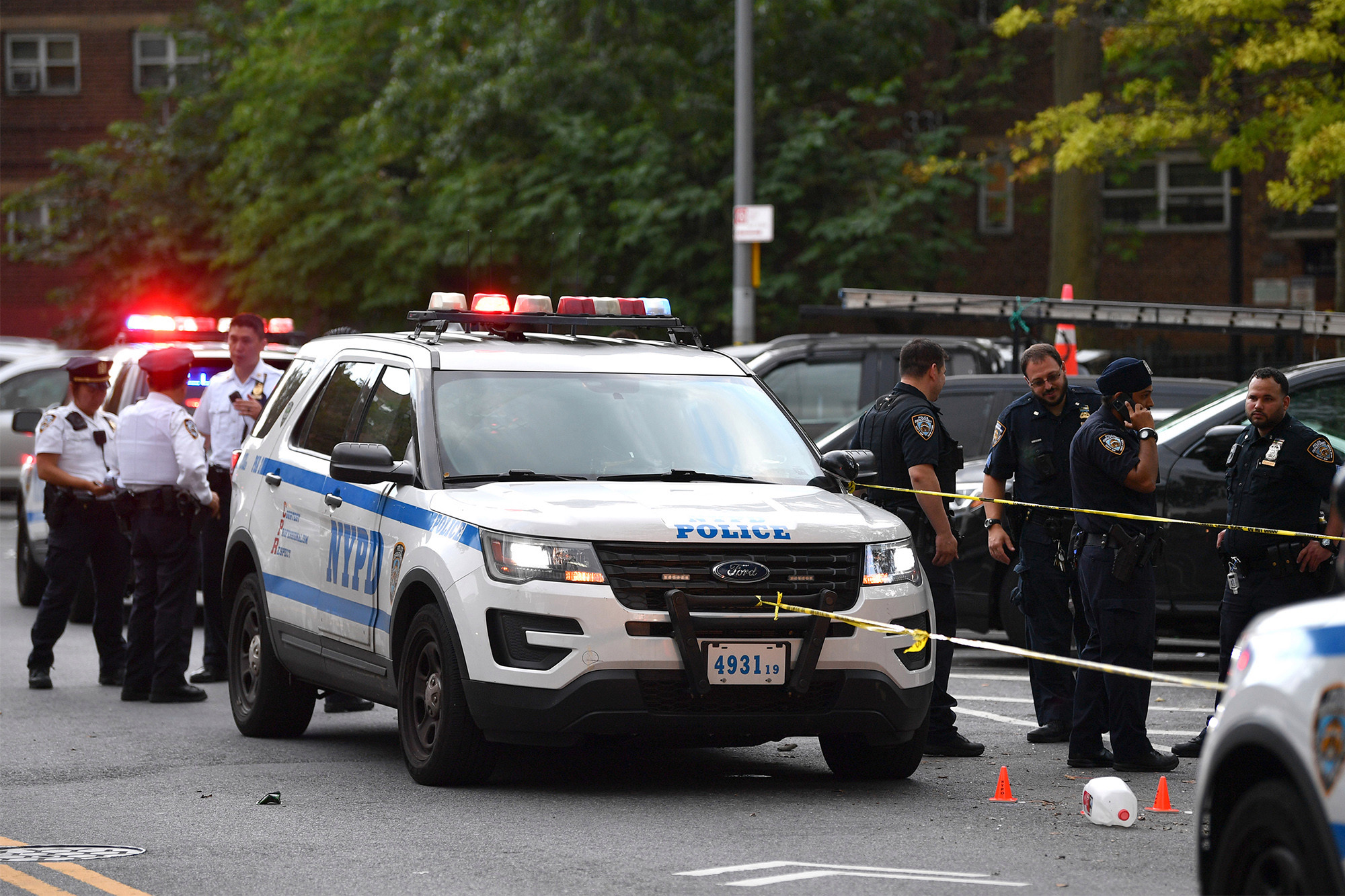