This is the terrifying moment an unhinged motorist intentionally mows down a 44-year-old school bus driver in Brooklyn, video released Saturday by the NYPD shows.

The 17-second video shows a man casually stepping out of a gray Subaru and approaching a yellow school bus stopped at a light around 5:15 p.m. Friday at Hinsdale Street and Linden Boulevard in East New York.

The female driver gets out of the bus and begins to take a photograph of the Subaru.

The man, goes back in his car, and suddenly floors the gas pedal — running over the woman, leaving her in the middle of the street as he drives off south on Hinsdale, authorities said.

“The guy goes up to the school bus. Looks like he broke glass. She goes to take a picture and he runs her over,” an NYPD spokesman told The Post. The suspect and victim do not know each other, the spokesman said.

The critically injured woman “sustained trauma throughout her body” and is listed in critical, but stable condition at Brookdale Hospital, police said.

The suspect was described as about 5-foot-7, weighs 155 pounds and has a thin build. He was last seen wearing a light colored jacket, a green baseball cap, blue jeans and sneakers, police said. Cops said he was driving a gray Subaru CTK, New York license plate JKE-6813.

Anyone with information in regard to this incident is asked to call the NYPD’s Crime Stoppers Hotline at 1-800-577-TIPS (8477) or for Spanish, 1-888-57-PISTA (74782). The public can also submit their tips by logging onto the Crime Stoppers website at WWW.NYPDCRIMESTOPPERS.COM, or on Twitter @NYPDTips. All calls are strictly confidential. 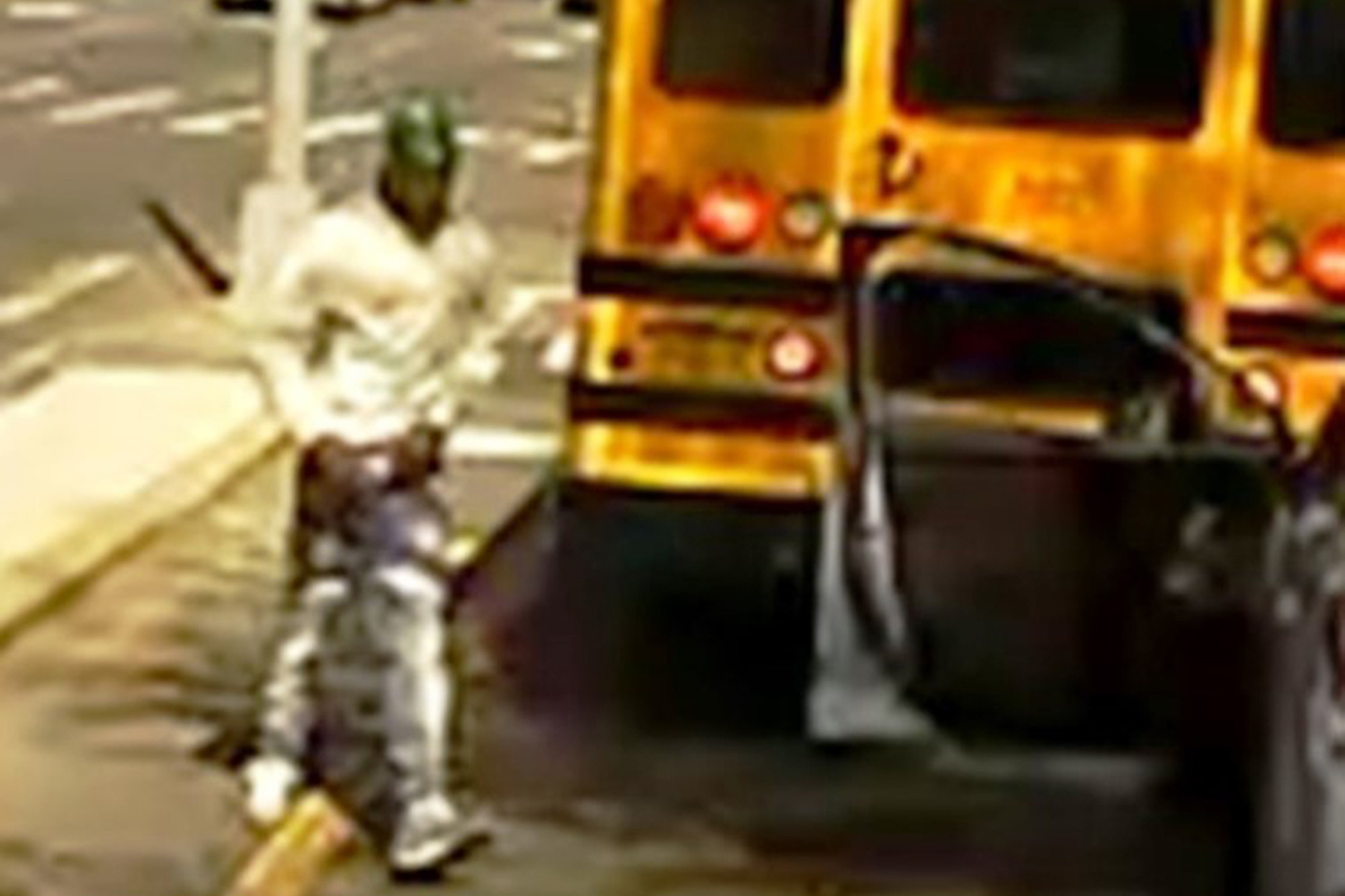