Police are asking for the public’s help in finding a man accused of viciously assaulting a woman in a Queens subway station.

Manuel Gonzalez allegedly walked up to the woman, whom he knew, inside the sprawling subway station near Broadway and Roosevelt Avenue in Jackson Heights at about 1:45 a.m. on May 30, and began arguing with her, police said.

The dispute became a brawl, with the 5-foot-8, 160-pound Gonzalez grabbing the 41-year-old woman by the hair, pulling her to the ground, choking her and punching her in the face, cops said.

A good Samaritan intervened and got Gonzalez off the victim. Gonzalez then took off on the southbound F train. The woman was taken to the hospital with minor injuries, treated and released, police said.

Police released an image of Gonzalez. He is between 30 and 35 with a medium build, a beard and short cut-close dark hair, police said. He was last seen wearing a blue baseball cap, a blue hooded sweatshirt, black jeans and sneakers.

All calls are strictly confidential. 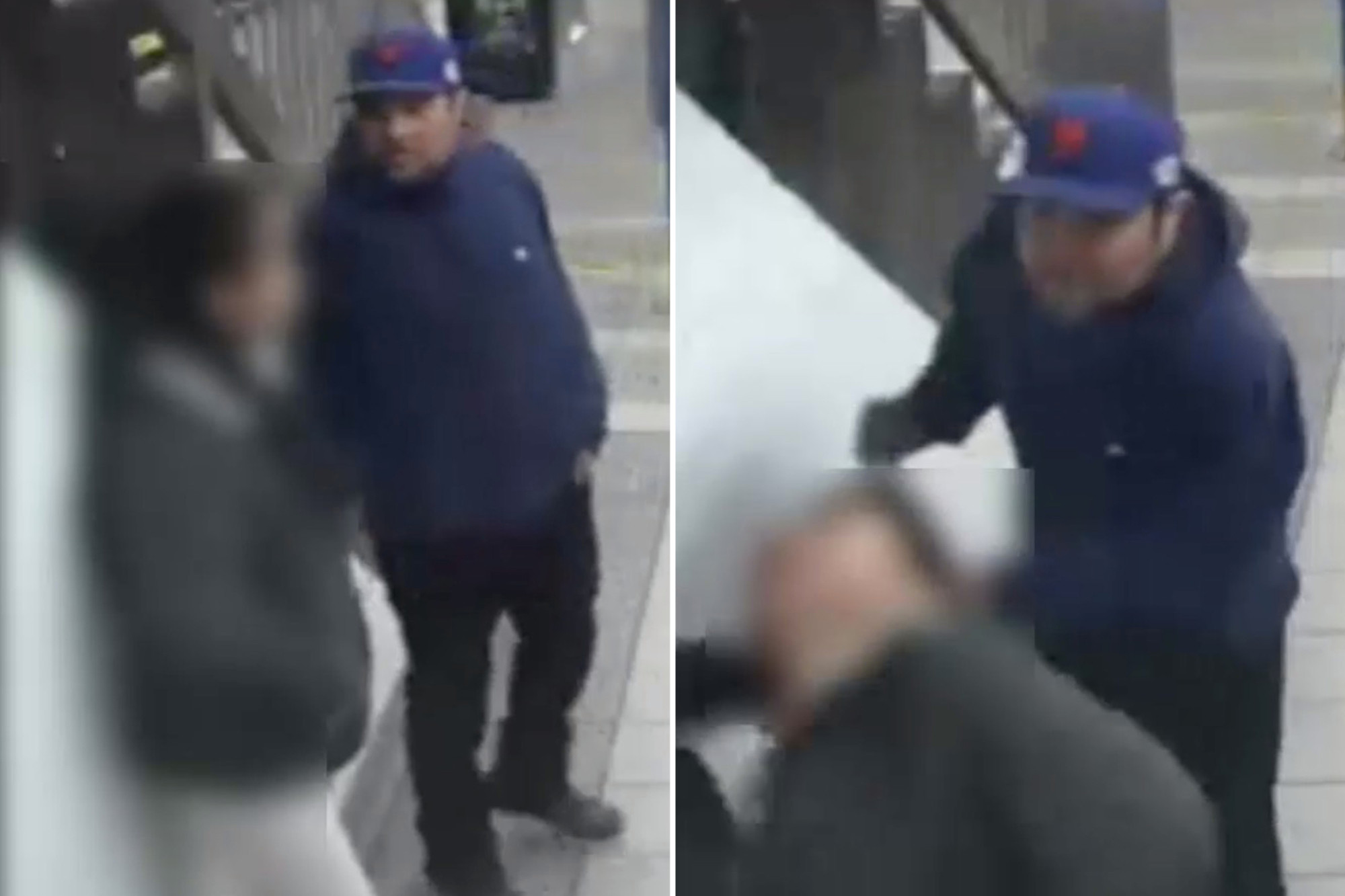