The NYPD has agreed to limit the use of sound cannons during protests as part of a lawsuit settlement that also comes with a price tag of $750,000 for the city, new court documents reveal.

The settlement, filed in Manhattan federal court Monday, ends a five-year legal battle over the police department’s use of the equipment during demonstrations protesting the death of Eric Garner in December 2014.

The sound cannons — named Long Range Acoustic Devices or LRADs for short — were designed in the early 2000s for the military, but were later advertised to local police departments as a law enforcement tool that can blast a piercing “deterrent” or “alert” tone for thousands of yards.

“This settlement will help protect the hearing health and First Amendment rights of future generations,” said Michael Nusbaum, a Massachusetts filmmaker who was one of the five plaintiffs in the case.

The city is also on the hook for $650,000 in legal fees for the three attorneys who brought the case, Elena Cohen, Michael Decker and Gideon Oliver.

The settlement also bans the use of the “deterrent” or “alert” tone and establishes written policies and training for police use of the equipment for communications.

“The policy changes in this settlement will warm things up for demonstrators on the New York City streets and, we hope, prevent NYPD members from injuring others in the same way our clients were injured,” Oliver said,

Last June, LRAD manufacturer Genasys touted the use of its tech “protest and crowd communications during recent civil unrest” in the wake of George Floyds’ death in seven cities, including Portland, OR.

The first use of LRAD during demonstrations was in September 2009 in Pittsburgh. 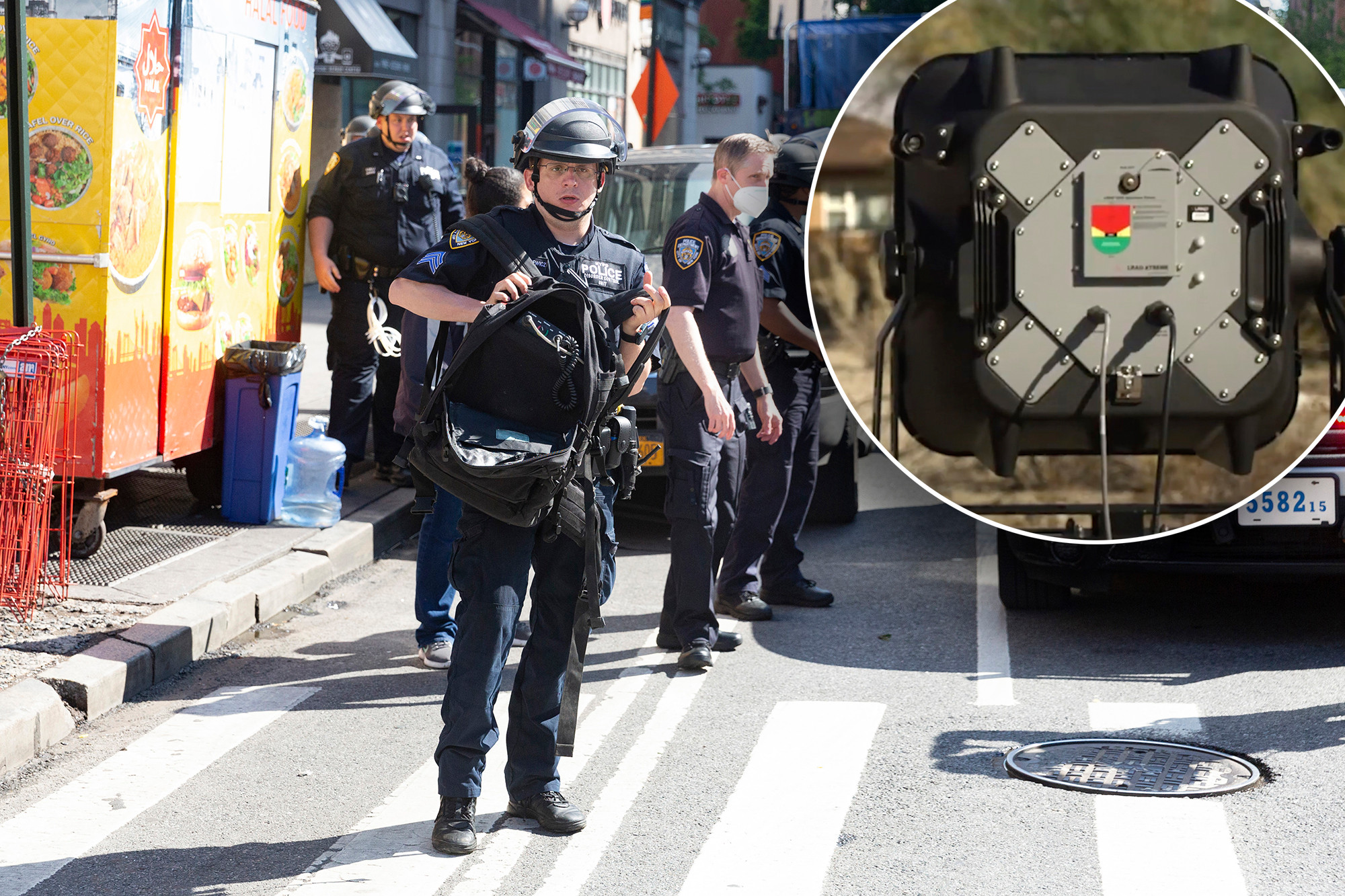