A pedestrian was fatally struck by a hit-and-run BMW driver and a dirt bike rider was killed in a collision with a sedan in separate Brooklyn accidents overnight, cops said Thursday.

The 54-year-old male pedestrian was trying to cross Rockaway Parkway from east to west at Lenox Road in Brownsville minutes before 11 p.m. Wednesday when a white BMW heading south on Rockaway Parkway struck him, authorities said.

The motorist drove off, cops said. It’s unclear if the driver was aware they’d struck a person.

The man, whose name has not been released pending family notification, was found lying in the roadway with severe trauma.

He was taken to Brookdale University Hospital Medical Center, where he was pronounced dead.

Then at 1:10 a.m. Thursday, an unidentified man was riding a dirt bike north on Schenck Avenue when he entered the intersection and was struck by a 27-year-old man in a 2017 Infiniti sedan heading east on Linden Boulevard in New Lots, cops said.

The biker was found unconscious and unresponsive in the roadway with severe body trauma, authorities said.

He was also taken to Brookdale and pronounced dead.

The Infiniti driver remained on the scene and refused medical attention.

No arrests have been made in either crash, and cops said the investigations are ongoing. 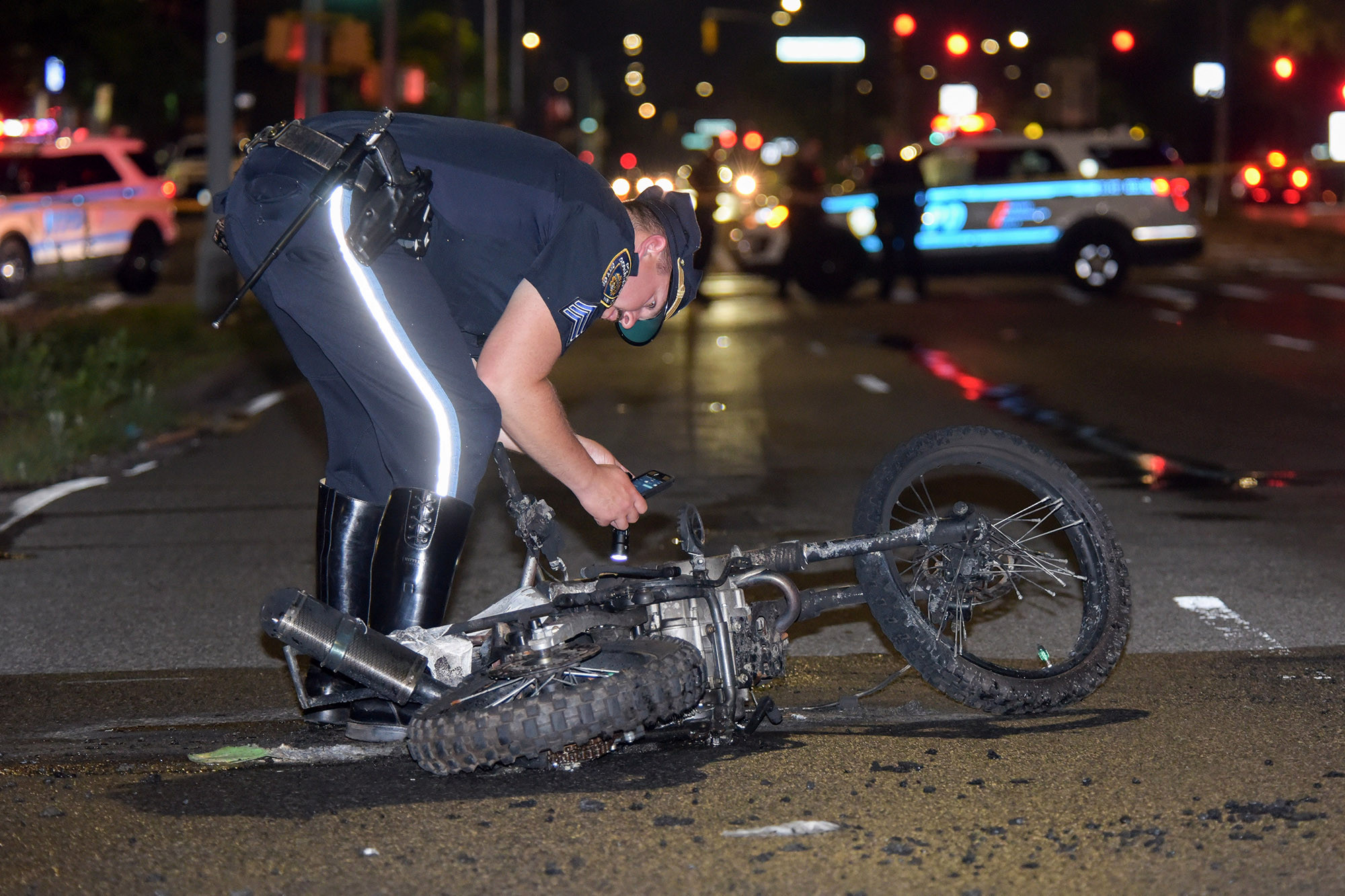