The NYPD is looking for five people in connection with last month’s brutal attack on a food truck worker outside Washington Square Park.

“NYC, @NYPDDetectives need your help identifying these individuals. They want to talk to them about the June 27th assault of a 65-year-old food truck worker on Washington Square North in Manhattan,” the top cop wrote.

The NYPD confirmed that cops believe the five people were involved in the beatdown that left Nader Hassaneen, an Egyptian immigrant and retired street vendor, thinking he would “bleed to death.”

The suspects allegedly got into an argument with Hassaneen, 65, on Fifth Avenue and Washington Square Park North around 10:40 p.m. that Sunday, after the Pride March in Manhattan earlier in the day.

Police said the brawl broke out over prices of items — but a videographer who captured the beatdown claimed it was sparked by one of the cart workers hurling an anti-gay slur, something Hassaneen denied.

As the disagreement escalated, suspects pushed, punched and threw bottles at the man, police said.

The vendor was hospitalized for a cut on his face and other injures, cops said.

A woman who could be seen punching Hassaneen on the footage appeared to be one of the persons of interest police want to speak to.

Hassaneen told The Post he was on-hand to help his son’s friend with his food cart when the mob beat him up and tossed hot sauce in his eyes.

“My eyes were burning,” he said. “A lot of people were hurting me and pushing me around. They punched in the back of the head.  I didn’t know I was bleeding.”

Hassaneen claimed the violence began when a woman took a US flag off the cart, saying it should be replaced with a Pride banner.

The beaten vendor told The Post he would “never go back” to the Greenwich Village park, which has been besieged by rowdy crowds and heightened illegal activity in recent months. 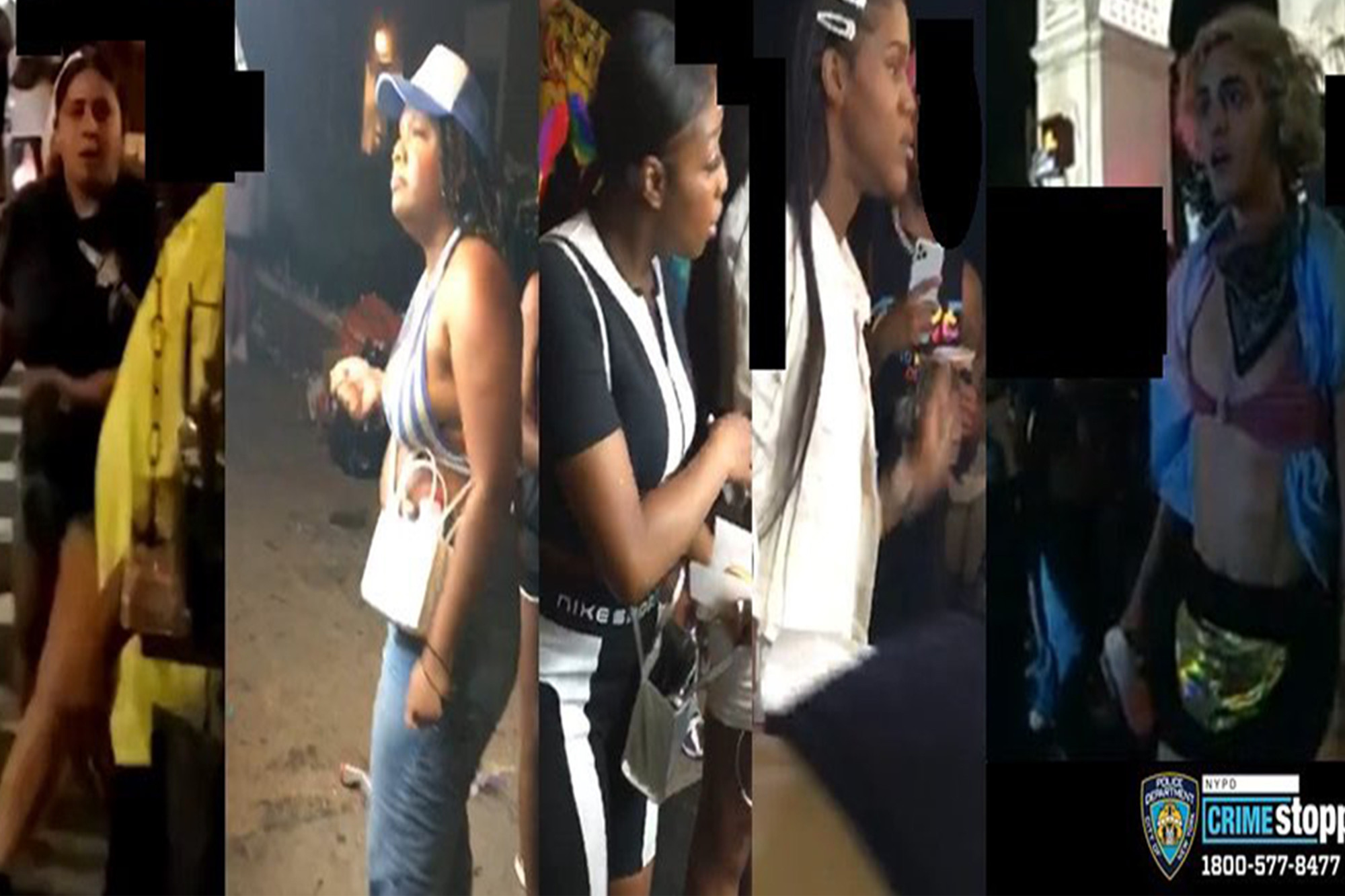