Someone dumped a dog outside a grooming service, dropping the poor pooch in his carrier from waist height onto the sidewalk before fleeing, shocking video obtained by The Post shows.

The caught-on-camera dog dumping shows someone, whose face cannot be seen, casually approaching the closed store’s glass front door with a bag in hand. The person then lets the bag slam to the concrete, turns tail and leaves — while the bag can be seen moving ever so slightly.

“At first I thought his leg might have been broken, by looking at the video, the way they just threw him,” said Noor Haroon, the manager of Lickers n Sniffers, said of Whisky.

Haroon used Whisky’s microchip to track down the owner of record to a “pet-friendly” building on nearby Dean Street.

But the listed owner — Jamila Maitland, 35 — wouldn’t take her dog, wouldn’t explain what happened, and wouldn’t sign papers transferring custody of Whisky to the grooming service, according to Haroon.

Abandoning an animal is a misdemeanor punishable by up to a year in prison and a $1,000 fine under New York law, but cops called to Maitland’s building about Whisky didn’t issue any summons.

With the officers as witnesses, ownership of Whisky was officially transferred to Haroon’s husband, Umer, who owns Lickers n Sniffers, Haroon said.

Haroon has been paying Whisky’s medical care, so far. After the dog gets his teeth — and another organ — fixed, she hopes to find him a loving home. 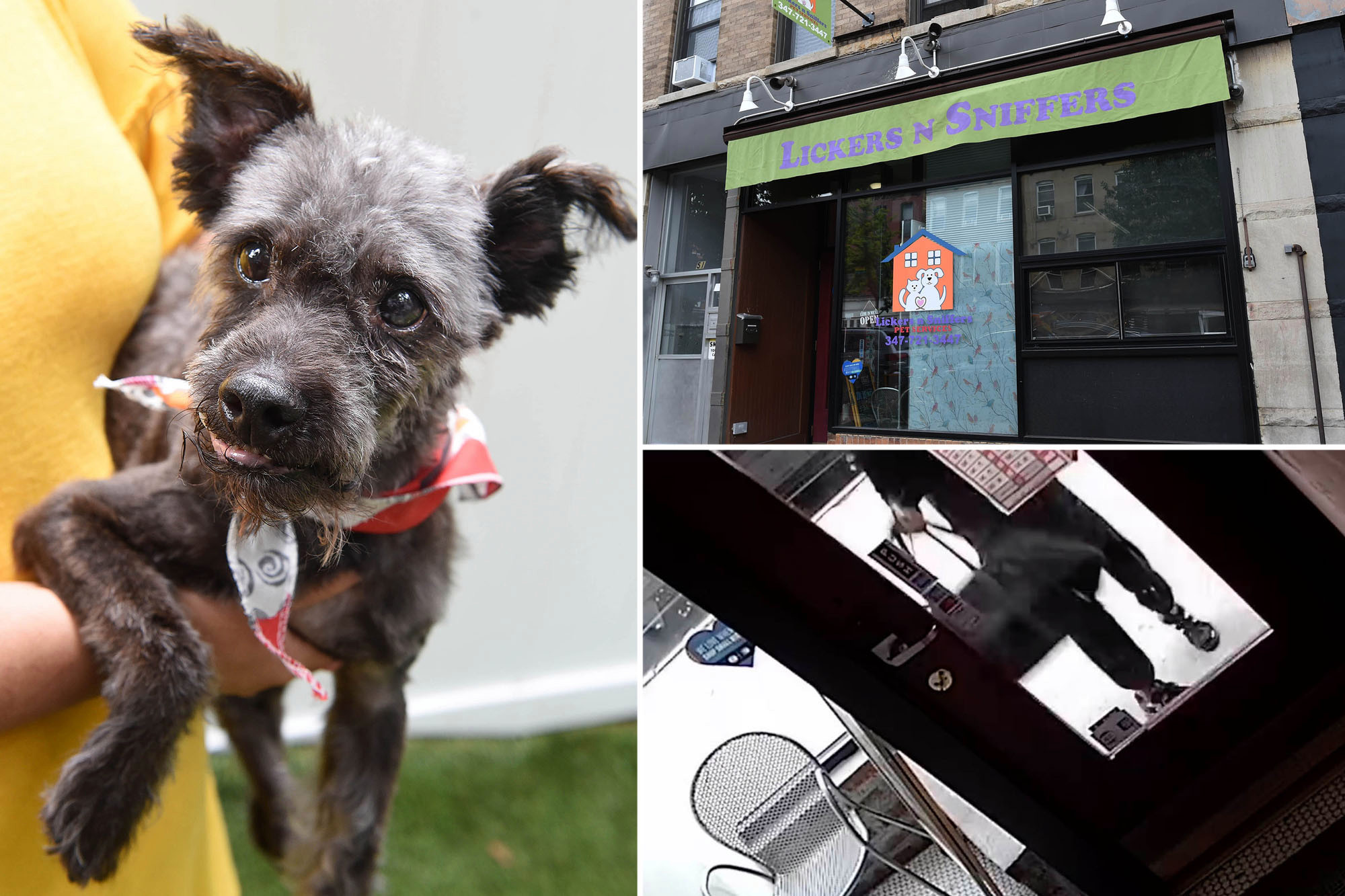