Nothing tops New York pizza — but some weir-doughs think they found a cut above the rest.

In April, New Yorkers were furious that New Jersey and Connecticut were crowned the best states for pizza by Food & Wine Magazine‘s latest pizza report. But there might be a new pizza king in town: Portland, Oregon.

The authors of the upcoming three-volume, 1,700-page book, “Modernist Pizza,” ate almost 400 pies from coast to coast and claim Portland to have the best slices in the US.

Nathan Myhrvold, a former Microsoft Corp. chief technology officer who co-authored the book with Francisco Migoya, told Bloomberg that he was “shocked” by how good Portland’s pizza scene was.

“To us, it means there are multiple choices of great pizzerias, ideally in different styles,” he said.

While hyping up Portland’s diverse pizza selection, the duo also took shots at famous New York pizzerias, including L&B Spumoni Gardens and Tomasso’s. Myhrvold called these locations “terrible,” saying that diners should be wary of spots that offer secret family recipes since “they suck, compared to the pizzerias that have some driving creative force trying to make it great.”

“There are great pizzerias in New York, but unfortunately, one of our other findings was that famous old pizzerias aren’t very good,” he claimed.

When it comes to this tasteless claim, crusty Big Apple pizzeria bosses suggest you fuggedaboutit.

“Give me a break, nobody knows what they’re talking about,” Antoinette Balzano, who runs Totonno’s in Coney Island, told The Post. “My grandfather [Anthony Pero] brought pizza to America and it is the best pizza in America and probably in the world… testimonials by Zagat and the James Beard Foundation and the Food Network. No need to say anymore.”

“My father, currently 84 years old, immigrated from Naples in the 1950s and began opening pizza shops long ago when pizza was still considered an ‘ethnic’ food in many parts of the country,” he told The Post. “However, there is a reason that when tourists visit NYC, invariably pizza is the first food they seek. I don’t think NYC is in any danger of losing its status as the pizza capital of the USA. There is over a century of pizza know-how, sweat and dedication woven into the fabric of this city’s food culture.”

L&B Spumoni Gardens did not immediately respond to The Post’s request for comment.

The authors were also not impressed by New Haven’s options, calling Connecticut’s signature thin-crust, coal-fired Neapolitan pizzas lame, but do acknowledge the pies might be the closest the country has to true Neapolitan style.

A handful of New York places did make a lasting impression on Myhrvold and Migoya, though, including Brooklyn spots L’Industrie Pizzeria, Lucali and Ops, as well as Kesté in Manhattan.

The authors also conceded that one of the country’s two best pizza spots is in New Jersey — yet another blow to New Yorkers’ pride in their pizza. Authors were in awe of Razza in Jersey City, a short drive away from downtown Manhattan, especially for a pie incorporating slow-roasted pork and gelatin made from the pigs’ trotters that melts in as the pie bakes. The pair also visited slice shops in Los Angeles; San Francisco; Detroit; Seattle; St. Louis; Old Forge, Penn., which claims an unofficial “Pizza Capital of the World” title; Chicago; Quad Cities in Iowa and Illinois; Phoenix; and Philadelphia, Bloomberg reported.

The authors, though, called out longstanding places for resting on their reputations instead of looking toward more innovative and creative takes on pizza. Apizza Scholls and Ken’s Artisan Pizza in Portland were two spots that the authors raved about as setting the standard for what a pizza place should strive for. These Portland pizzerias, according to the authors, offer many styles such as New York, Neapolitan and “ingredient-driven” pizzas.

Lovely’s Fifty Fifty, they said, has “ultra-seasonal, ultra-local” shine with pies incorporating nectarines, melted leeks, pancetta, and Nocciolo cheese. Ken’s Artisan Pizza long-ferments its dough, which stars in their bacon pie. And New York pizzaiolos may have something to learn from Scottie’s Pizza Parlor, which prepares New York-style pies by baking them twice — first in a super hot oven to blister the crust, second in a lower temperature oven that sets the toppings.

As expected, some loyal New York-style fans don’t buy the argument. One wrote, “This fake news has got to stop. Also FYI Chicago Deep dish is the best pizza, but NY is the best per dollar spent.” Another quipped, “This is insane…. Shut down Bloomberg, ASAP.”

Anthony Falco, a self-proclaimed “international pizza consultant” who worked at New York pizza institution Roberta’s, previously called Portland the country’s greatest pizza city in 2018, prompting major backlash. Falco told The Post in 2019 that the appeal of square slices, themselves a controversial shape among New Yorkers, lies in its structure.

In reference to Falco, one user tweeted, “I get that the average slice spot in NYC might not be using the best ingredients and that Portland performs well on a pound-for-pound basis, but this argument is as ridiculous now as it was when that ‘pizza consultant’ made it three years ago!”

Eater PDX writer Brooke Jackson-Glidden penned an op-ed in defense of New York-style, stating that “Portland is not New York. We, as diners and as chefs, value different things. Portland is not a city with hundreds of slice shops; in fact, slice culture has barely survived the pandemic in Portland.”

“Without the weight of Michelin stars or an impossible-to-please audience, people can just cook,” she continued. “If there’s a reason our culinary scene is interesting or special in any way, it is its breeziness — the way people can experiment, or not, and cook in a way that’s relaxed and honest to them.”

Although some view New York’s pizza scene as rushed and pressured to continuously put out new pies, others continue to stand behind the New York staple — even at its greasiest and cheapest.

Their three-volume, 1,700-page book will come out on Oct. 5 and will include a recipe manual. 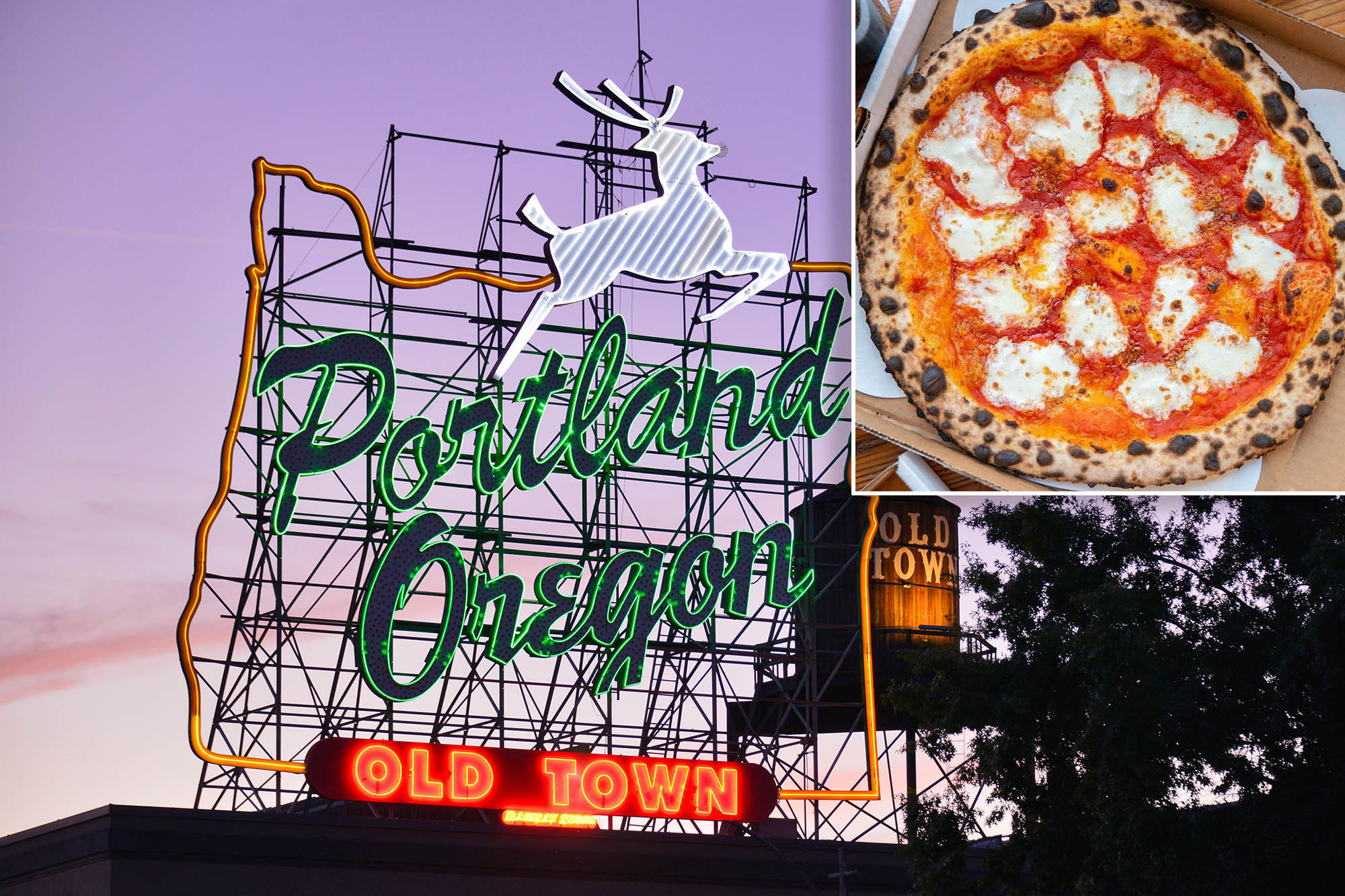