During the final Democratic mayoral debate Wednesday night Yang advocated forcing the dangerously mentally ill off the streets, including through the use of Kendra’s Law that mandates treatment for bipolar disorder and schizophrenia.

“Yes, mentally ill people have rights,” he said at the debate, “but you know who else have rights? We do! The people and families of the city.

“We have the right to walk the street and not fear for our safety because a mentally ill person is going to lash out at us,” Yang said.

Yang later tweeted that the “full context” of his remarks “was mental illness is behind half of anti-Asian hate crimes. We need to get them compassionate comprehensive care – and not let them languish on our streets.”

But he said he didn’t regret the statement at a campaign event in The Bronx Friday.

The three other leading Democrats in the race pounced.

“When he said it I was going to respond and I said, wait until another time. I was really disturbed. Don’t criminalize mental health illness,” Brooklyn Borough President and retired NYPD captain Eric Adams said at a Harlem press conference.

“All of us know someone that is dealing with a mental health issue and for him to demonize them and to feel as though they are going to further criminalize them, that is the wrong mindset. The mental health people in this city they are also citizens and we should not pit groups against each other like he did last night,” Adams said.

“I thought it was deeply disturbing, deeply lacking on compassion, and it takes courage to be compassionate as a candidate,” Wiley said at a campaign stop in Manhattan.

“I’m going to stay on the message that says all our people count. And I am so deeply saddened and disappointed about the way Andrew Yang talked about homelessness and mental health,” Wiley said.

“Everyone wants to feel safe whether it’s on a streets or on our subways but we need to be compassionate,” Garcia said at an Upper East Side event discussing rising crime underground.

“People who are suffering mental health issues need mental health services, they need to be able to get their lives back on track,” Garcia said.

Yang, Adams, Wiley and Garcia are at the top of recent polls in the crowded eight-person field. 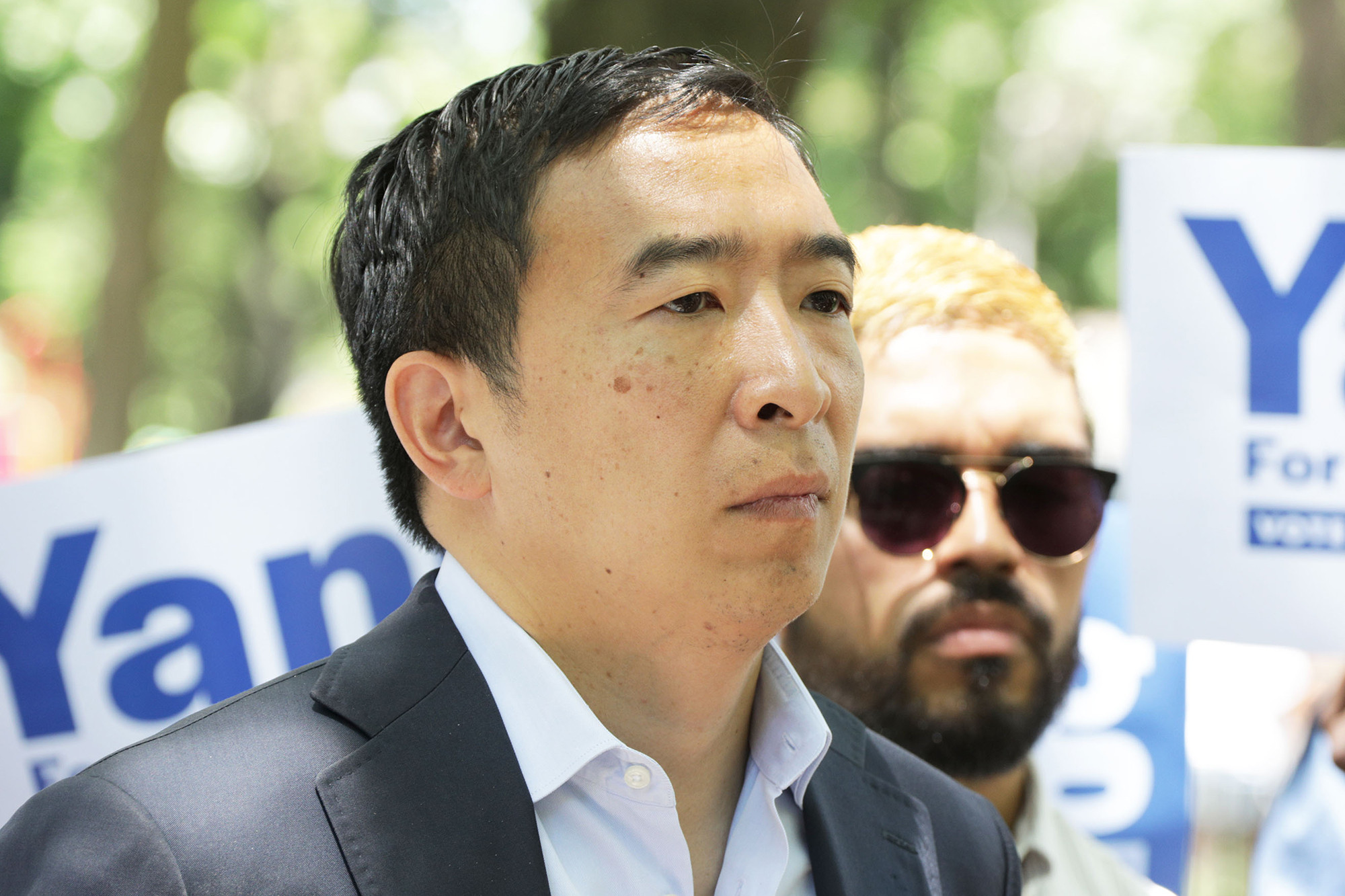