Shocking new video shows the moment a masked gunman opens fire on a guy as a terrified little girl and woman try to take cover from the barrage of bullets on a Bronx sidewalk.

The chilling surveillance footage shows the 24-year-old target of the gunman running and then colliding with the two innocent bystanders as he tries to avoid his assailant, who is dressed all in black, on Sheridan Avenue near Mt Eden Parkway just before 7 p.m. Thursday, according to cops.

The gunman fired at least 12 times at the man, who at one point crawls on the ground, entangled in the woman and child, while attempting to protect himself, sources said.

The shooter fled afterward on a scooter, cops said.

The victim was shot three times, once in the back and once in each leg, and privately taken to Bronx Lebanon Hospital, where he is expected to survive, police said.

The woman and child were not injured.

Police believe that the 24-year-old was taken to the hospital in a white Lexus with temporary New Jersey plates, which was later found abandoned near the hospital, according to sources. It is not clear if its temporary plates were legal.

On Wednesday, NYPD brass and the mayor announced a crackdown on illegal paper plates to try to curb shootings, since gunmen’s getaway cars frequently use them. 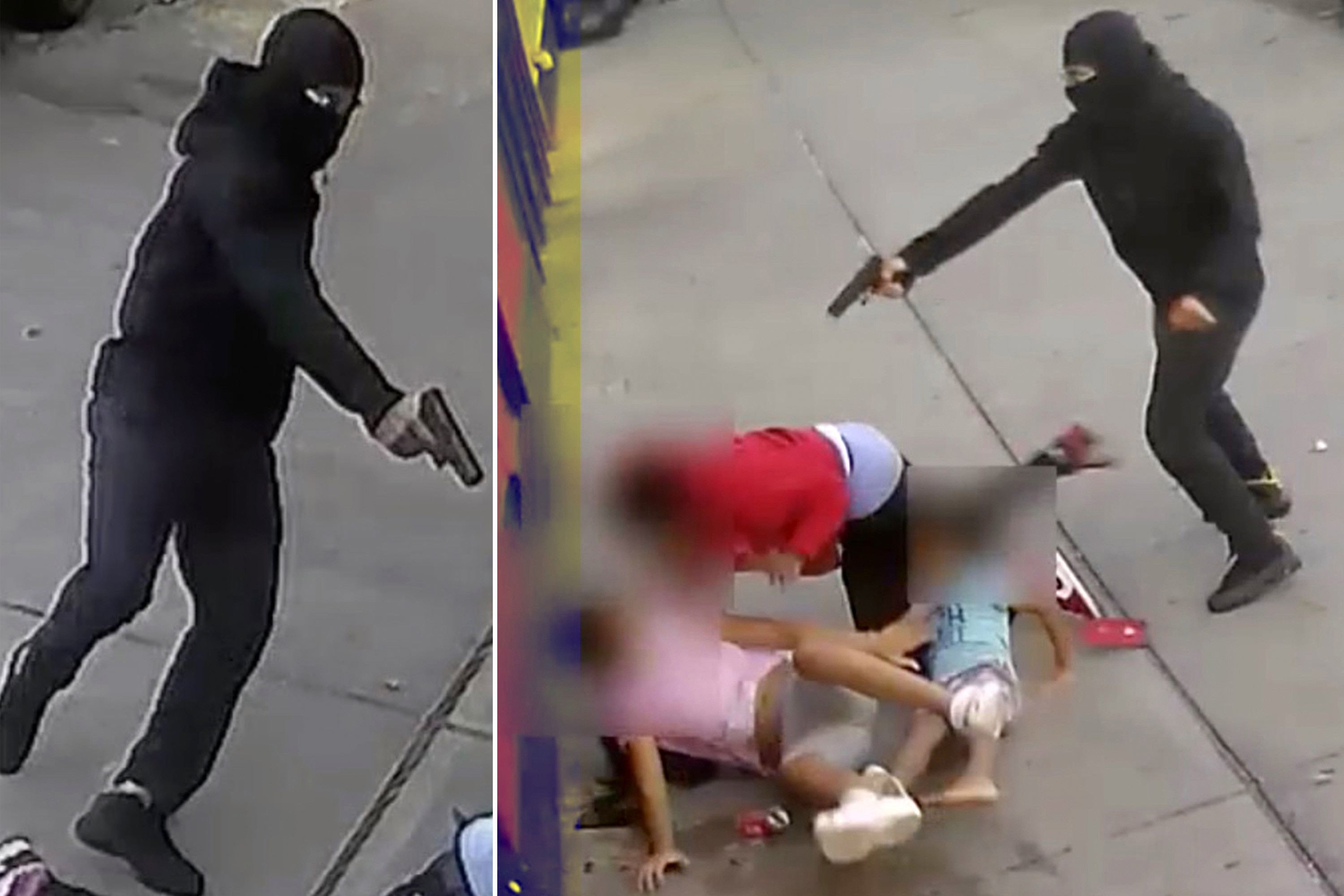