The Big Apple saw a nearly 20 percent dip in gun violence in June, according to new statistics released Tuesday — though top cop Dermot Shea believes there’s still “so much more work to do.”

Last month, the NYPD logged 165 shootings, a drop from 205 acts of gunplay during the same month last year when amid an unprecedented spike in shootings citywide.

“We started to reverse the trend that we’ve been seeing since last May of increased gun violence,” Police Commissioner Shea said during a press conference with Mayor Bill de Blasio, while conceding that “we know we have so much more work to do.”

“Gun violence, make no mistake about it, is where our focus is right now on with the NYPD,” he added.

June’s tally, though, is nearly double the number of shootings in June 2019, when 89 were reported.

Shea and de Blasio credited the NYPD’s nearly 100 percent increase in gun arrests for the drop in shootings last month.

Last September, however, when an NYPD crackdown on guns led to 607 firearms arrests — the highest number since the department started tracking the busts in 1994 — shootings showed no signs of slowing.

NYPD data from last June showed gun busts were down more than 40 percent, along with arrests across the board due to the COVID-19 pandemic.

Overall, crime was up last month by 3.1 percent, which was driven in part by a 31.2 percent uptick in car thefts, a trend that emerged last year during the pandemic lockdown.

There was a 32.2 percent uptick in grand larcenies as well, but those figures were still smaller than what was reported in June 2019 and 2018, according to NYPD data.

Burglaries, which also saw a surge during lockdowns last year, returned to pre-pandemic levels, with NYPD logging 927 in June 2021 compared to 1,828 in June 2020. 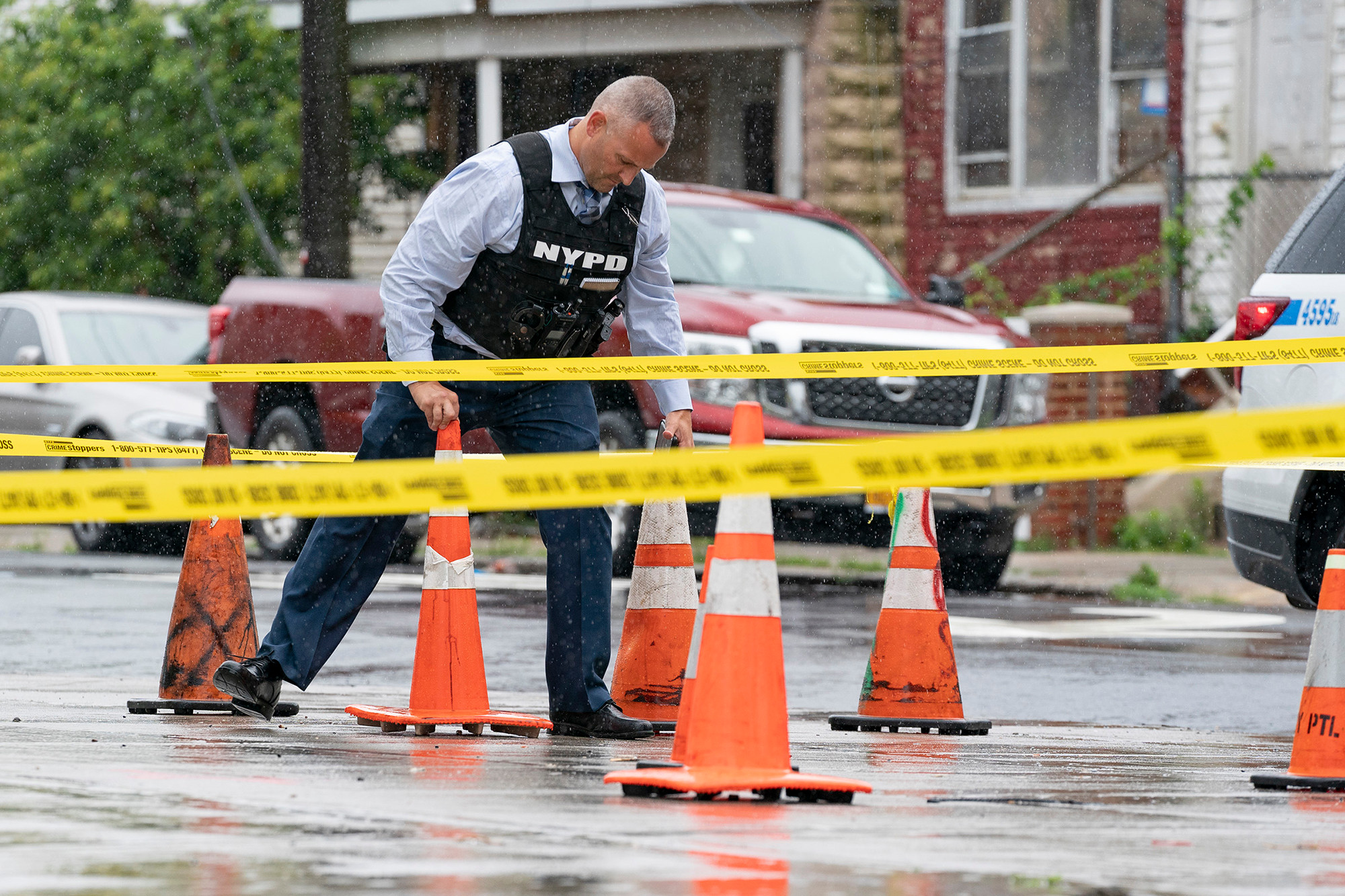