TikTokers are alternately relishing — or having a dill-emma about this new pickle trend.

As though air fryer pasta chips weren’t strange enough, TikTokers are now obsessing over “snickles,” a bizarre food trend in which people put together Snickers and pickles.

Snickles are pickles that have been cut in half and stuffed with a Snickers bar in the middle. The odd pairing has gained significant traction on TikTok though — the hashtag #snickle has amassed over 10.8 million views.

This trend has been around for a few years, but it has recently seen a jump in popularity. Back in 2018, the duo behind Good Mythical Morning, Rhett and Link, taste-tested the crazy creation on their secondary channel Good Mythical MORE. Rhett noted that “the two flavors never mix,” while Link found that it “wasn’t bad, but nothing new has been created here.”

TikToker @williamcraft09 recently did a taste test as part of his Yummy or Yucky series, where he tries out the app’s outlandish food trends. After cutting the pickle in half and hollowing out both sides, Craft says in the video that “you want to go ahead and try to fit your Snickers bar inside, which mine did not. This is already a Yucky because it didn’t fit.”

In agreement with Link, Craft said that “it didn’t taste as bad as I thought it would — it’s about a five out of 10,” although some comments considered him “too generous.”

The trend skyrocketed after user @liamslunchbox posted a video of himself preparing the tangy yet sweet treat, attracting almost 500,000 likes. Users @thatspencerguy and @tj_thatsit also pulled in over 50,000 likes on their snickle videos.

To add some additional texture or flavor, some TikTokers have recommended using Almond Brownie or Peanut Brownie Snickers flavors.

Pickle hacks have gone viral on TikTok for as long as the app has been around. Chocolate-covered pickles went viral briefly, while taco pickles, ranch-flavored pickles, and Koolickles — pickles soaked in Kool-Aid brine — have been trending recently.

This pickle trend follows other bizarre food trends like mustard on watermelon — as sampled by Lizzo — and chlorophyll water — made with a plant molecule that aids in growth and creates a green shade. 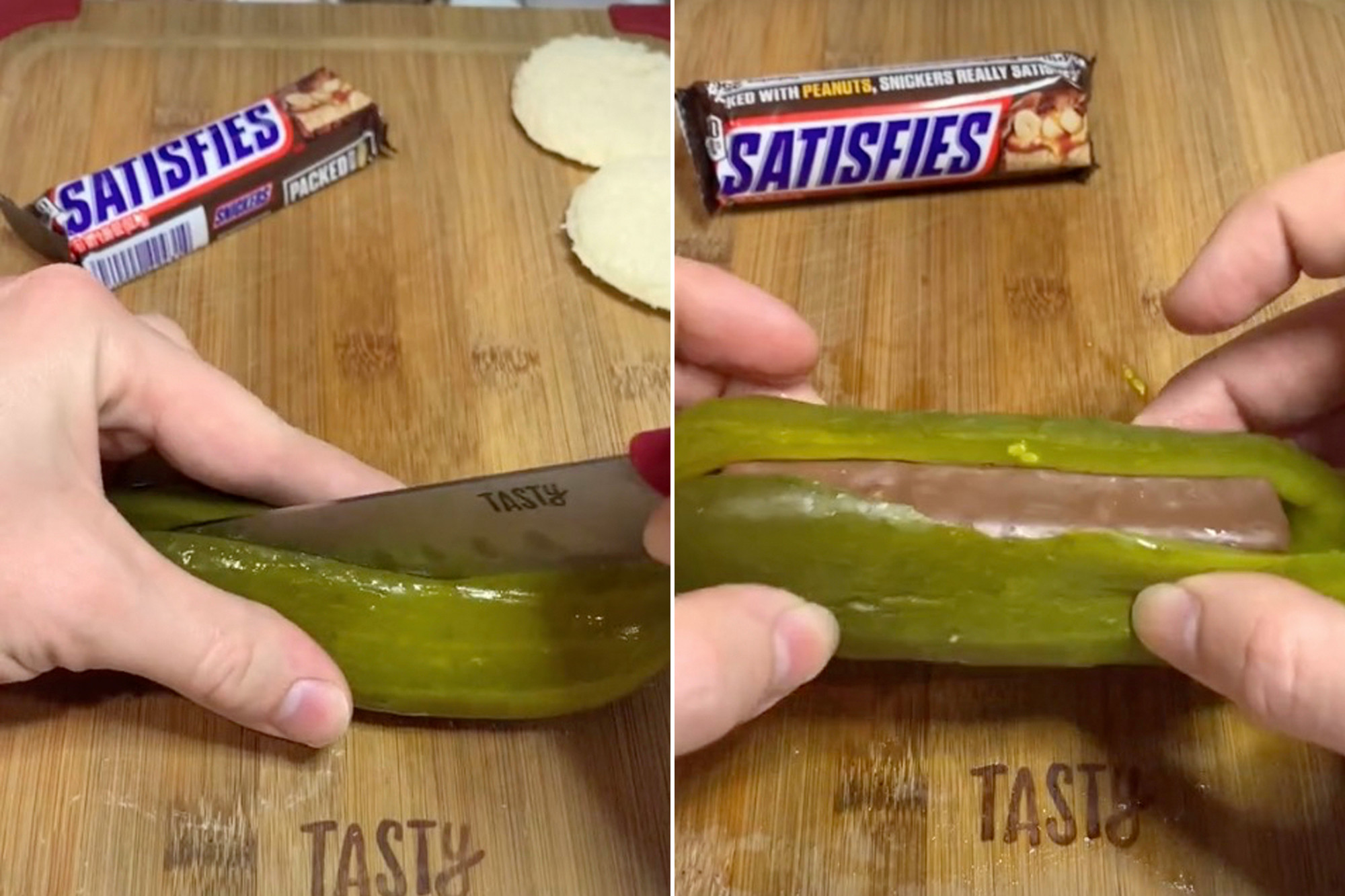