The “woke’’ elite Manhattan school under fire for showing students a video that “tarred and feathered’’ white women claims it was a “significant mistake” in a letter sent to parents after The Post broke the story.

Bodie Brizendine, head of the tony k-12 Spence School on the Upper East Side, sent out an e-mail to parents Wednesday claiming, “We take this seriously; it is never acceptable to ridicule anyone at any time.

“This video is not part of the Spence curriculum. Our teacher and the School acknowledge that sharing a satirical video that made fun of white women was a significant mistake,’’ Brizendine said.

“We are sorry for any harm this has caused to anyone in our community,’’ the administrator added — while suggesting that the politically correct all-girls institution may be changing how it does things in the future.

“We will be strengthening faculty protocols,’’ the administrator said.

The apology, addressed to the “Spence Community,’’ came a day after The Post reported how top school alum and student mom Gabriela Baron told the academy she was yanking her eighth-grader out over its PC obsession, which included allowing the video to be shown to kids.

The footage — shown to some middle-school girls in their last history class on graduation day at the $57,000-plus-a-year academy — was of the premiere episode of racially charged comedian Ziwe Fumudoh’s new Showtime series.

The video “openly derides, humiliates and ridicules white women,’’ Baron, who is Hispanic, seethed in a letter to the school.

“[The kids] sat there in their graduation dresses while the white mothers of the white students – many of whom volunteer, donate, call, email and do whatever the school asks of them – were tarred and feathered in a video their teacher showed them. While their white female teachers were mocked,’’ Baron said.

The episode included Fumudoh telling writer guest Fran Lebowitz, “I believe that you are not concerned with how annoying white women can be,’’ and reading obscene lyrics of the song “WAP” by Cardi B and Megan Thee Stallion to women’s rights icon Gloria Steinem, then asking whether she felt “empowered by them.

Fumudoh also assembled a panel of ladies named Karen to ask them how they felt about their name — now that it’s been associated with “obnoxious, angry and entitled, often racist, white women.’’

Brizendine started out her apology e-mail by saying, “As you may know, yesterday a parent, who is also an alumna and a former trustee, sent a letter to the Board of Trustees to voice her strong objection to a video shown to 15 students in her daughter’s Grade 8 history class on the last day of school.”

The administrator added that Baron “shared this letter with many parents” and told people, “Please do not hesitate to reach out to me with any questions.” 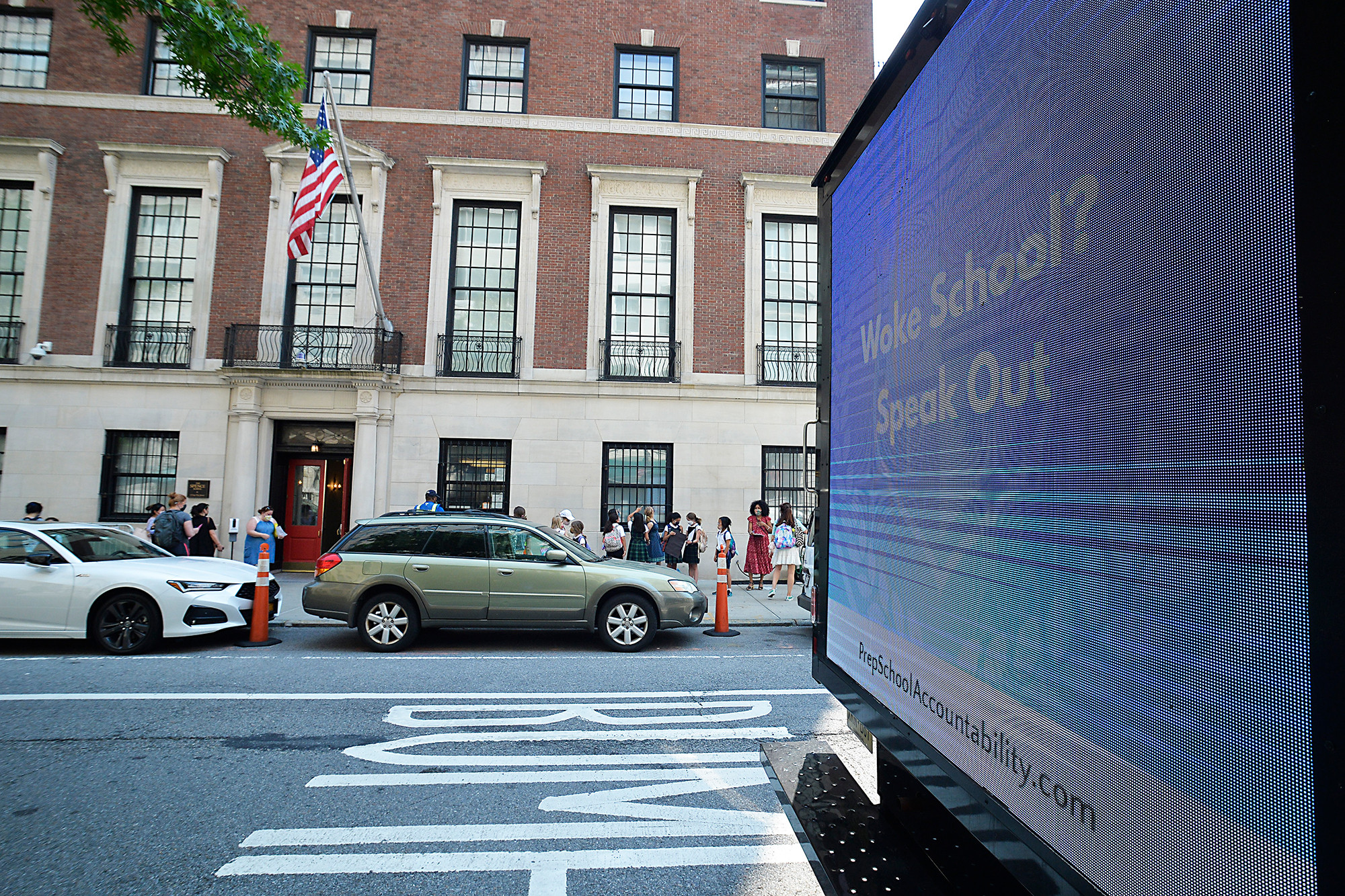