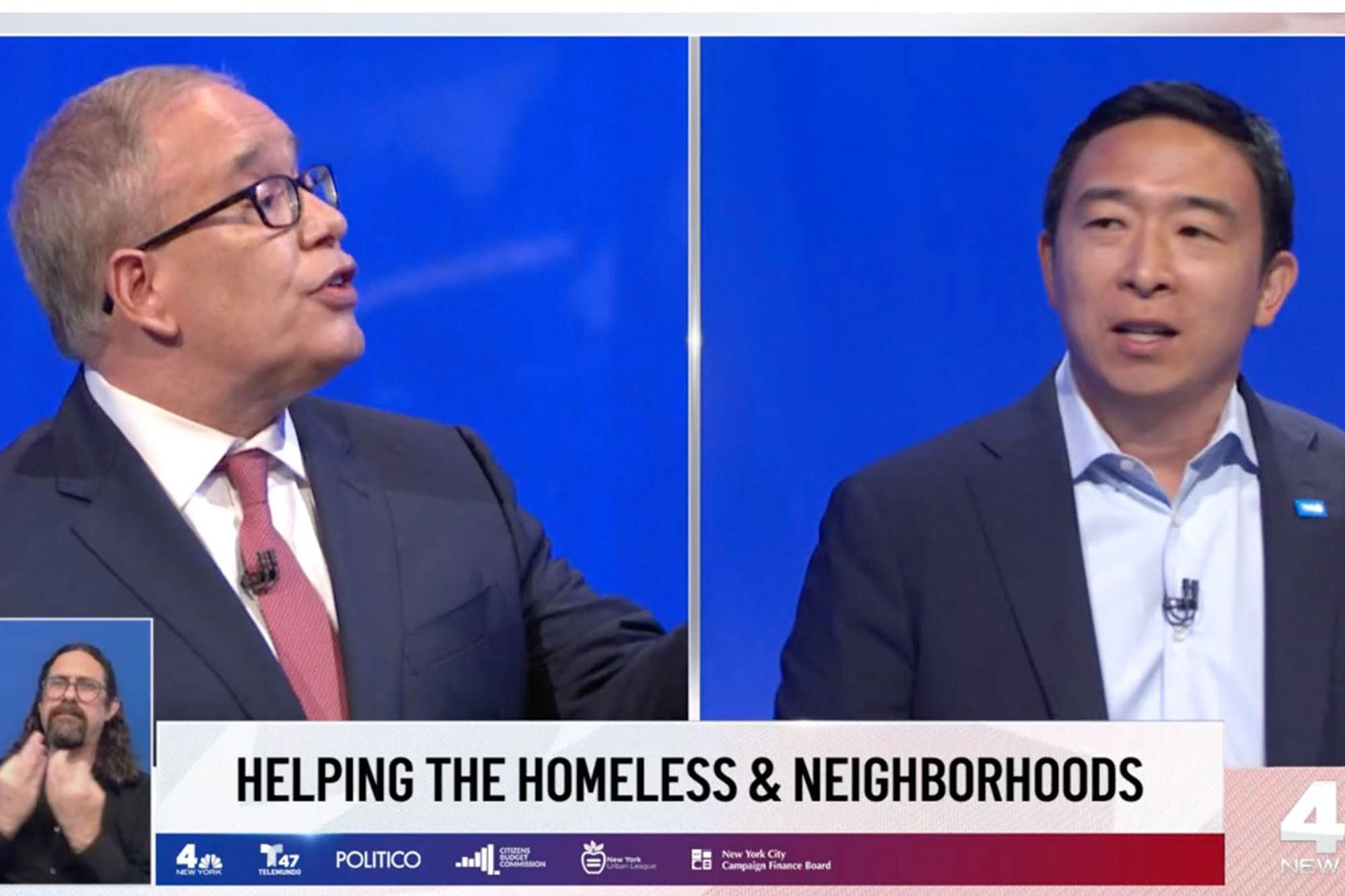 Mayoral contender Andrew Yang on Wednesday made an impassioned plea for his proposal to get more mentally ill New Yorkers off the streets by adding psychiatric facility beds — prompting city Comptroller Scott Stringer to wag his finger and tell him, “You can’t say, ‘Psych beds for all.’”

Asked during the final mayoral debate before the Tuesday primary how he would approach mental illness, Yang recounted a story of his wife, Evelyn’s, acquaintance getting punched in the face by a mentally ill man in Hell’s Kitchen — the type of increasingly common occurrence he said causes families to flee New York City.

“This is happening in New York City and we’re not talking enough about it,” a riled up Yang said in the NBC-4 debate, which hosted all eight mayoral candidates Wednesday evening. “We owe people and families better than this.”

The former test prep company executive promised to “rebuild the stock of psych beds” in the city, which has lost a considerable supply of beds dedicated to New Yorkers dealing with mental health issues in recent years.

“There will be no recovery until we resolve this. I will fix this, New York,” Yang bellowed.

Stringer responded that Yang’s plan was “the greatest non-answer I’ve ever heard in all of our debates,” as frontrunner Eric Adams looked on and chuckled.

Yang shot back, “How much is it going to cost if families leave?”

“You can’t say, ‘Psych beds for all,’” Stringer said. “This is a teaching moment.

“This is not how the next mayor has to comport themselves. We need specifics.”