A 16-year-old boy has surrendered to police in Manhattan in connection to the Times Square shooting last week that left a 21-year-old Marine tourist injured, The Post has learned.

The teen turned himself in to the Midtown South police precinct Wednesday afternoon and is being questioned, police sources said.

Sources said the broad-daylight gun violence at the Crossroads of the World on June 27 stemmed from an argument with a breakdancer the night before — when the teen apparently walked in front of the performer.

The next day, the teen returned to the tourist hub — and the two went at it again, prompting the boy to allegedly pull a gun and open fire, sources said.

But the slug riccocheted, striking Samuel Poulin, 21, in the upper back just as he and his family were walking past the Marriott Hotel on West 45th Street and Broadway around 5:15 p.m., cops said at the time.

The Marine was in the Big Apple for a baptism and visiting from upstate.

The teen, whose name was not released, has five prior arrests, which are all sealed, sources said.

The shooting in the populated destination was the second this year.

In early May, a 4-year-old girl and two women were struck by gunfire about a block away from where Poulin was shot. Cops arrested the alleged 31-year-old gunman, Farrakhan Muhammad, in Florida weeks later.

Shootings have surged in the Big Apple this year — up nearly 38 percent, with 765 incidents reported compared to 555 last year as of Sunday — as cops struggle to get the trend that emerged during the COVID-19 lockdowns under control.

In Midtown South, shootings have doubled this year compared to last year — 24 versus 12.

June marked the first month when fewer shootings were reported compared to last year, but the gun violence has still not returned to pre-pandemic levels. 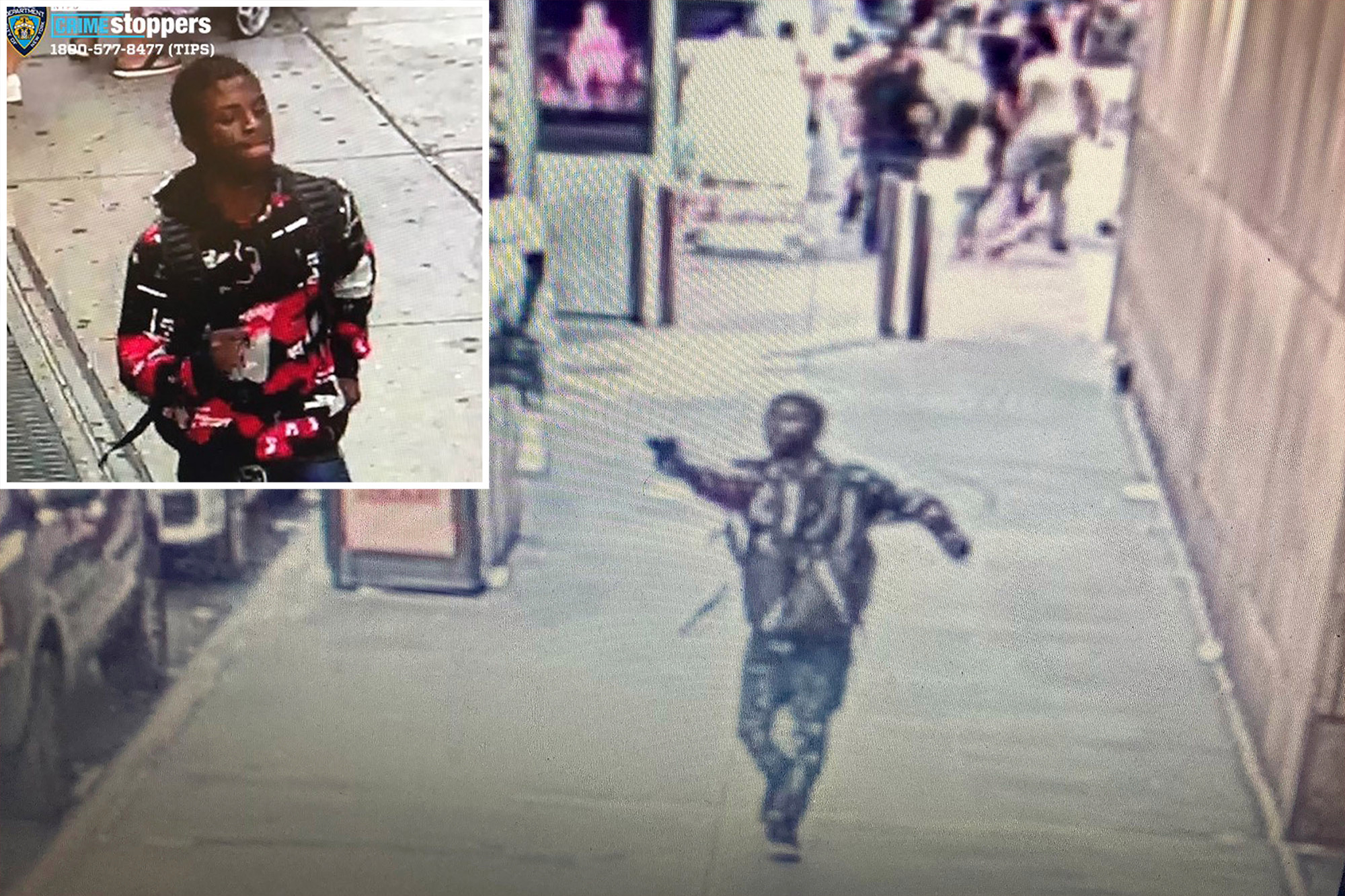