If you can’t handle the heat, then get out of New York City.

The Big Apple will bake for two straight days as temperatures soar above 90 this week — but the humidity will make it feel like the triple digits, a forecaster said Tuesday.

After a cooler Fourth of July weekend, the mercury is expected to rise as high as 93 degrees Tuesday, AccuWeather senior meteorologist Paul Walker told The Post.

“Look for a high of 93 today, but with the humidity, it’s going to feel like 105 degrees at times this afternoon, because of it being so humid,” Walker said.

“It’s going to make it feel a lot warmer than the actual air temperature.”

Thunderstorms could pose a threat later in the day, the forecaster warned.

“It could bring some damaging wind gusts and some heavy rains,” Walker said. “It’s not out of the question that you could lose power because of that thunderstorm later this afternoon or this evening.”

But the storm won’t drive out the heat, as meteorologists are eyeing the exact same forecast for Wednesday — high temperatures hitting 93 with a heat index of 105, according to Walker.

Due to the heat, a planned ceremony at the end of the city’s ticker-tape parade along the Canyon of Heroes — the section of Broadway in Lower Manhattan — will be “stripped down” and much smaller, Mayor Bill de Blasio said at his Tuesday press briefing.

Additional cooling and water stations will be added along the route, he said.

“We have a little bit of a challenge because we do have some heat tomorrow,” Hizzoner said.

The parade will kick off at Battery Park and come up to City Hall.

However, despite the sizzling temps, the city won’t quite meet the heat wave criteria this week, Walker said.

A heat wave requires three days in a row of temperatures 90 degrees or greater, he said.

It will only reach 86 degrees on Thursday, but it will feel like the low 90s, Walker said. Showers are also expected.

This week’s stifling temperatures are just par for the course in the summertime, the meteorologist explained.

“It’s above normal, yes, but we quite often have these couple of days where it gets very hot and very humid, so it’s typical for this time of year,” he said. 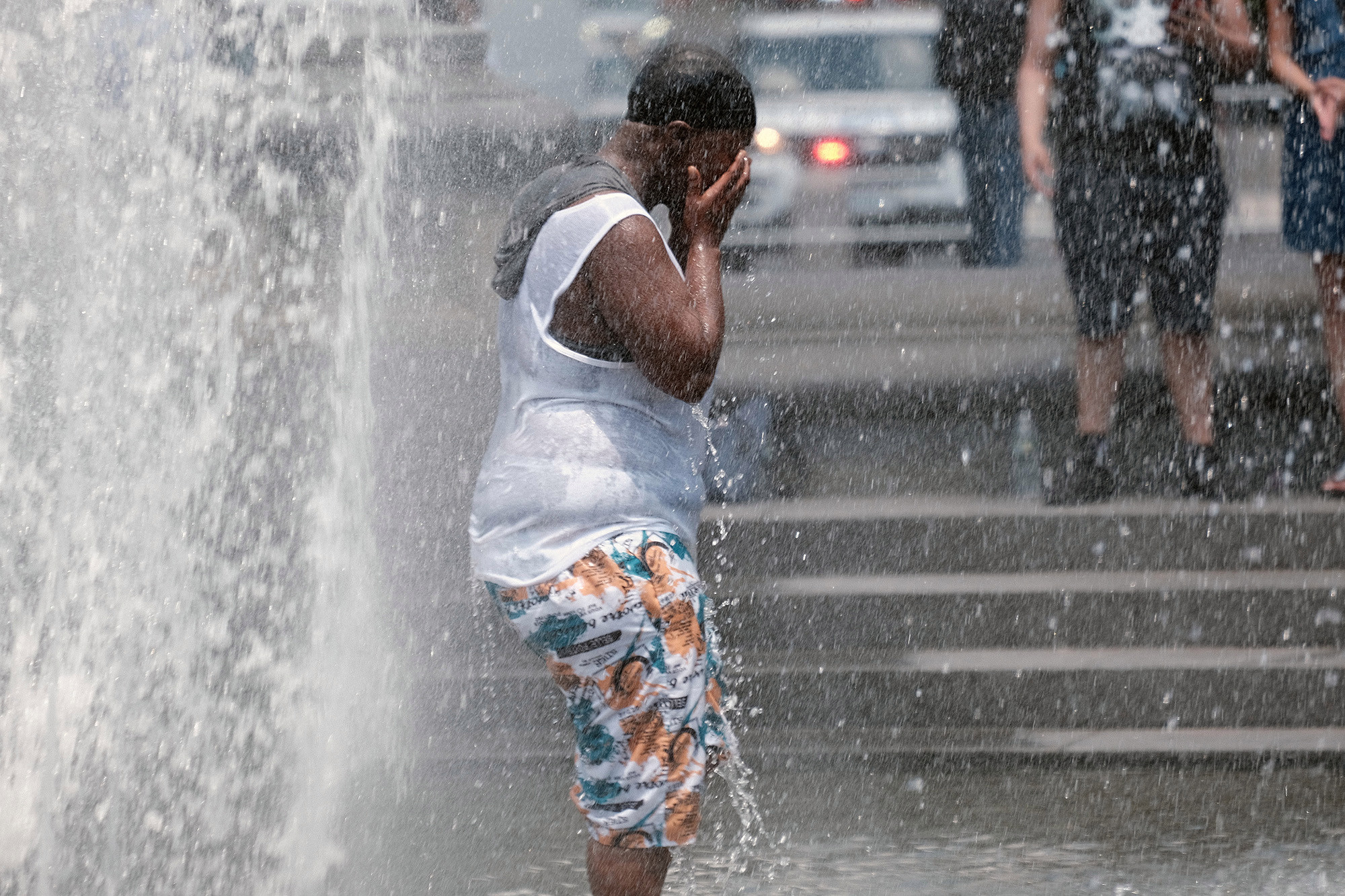