There’s still pizza to be had in Mystic, Conn., but the small coastal town is gaining a big reputation as a booming foodie haven and an essential entry in any East Coast eater’s docket.

Quaint and artsy Mystic, named for the river that runs through it and under the bascule bridge before emptying into Long Island Sound, is largely known for its Mystic Seaport Museum (the nation’s leading maritime museum). And, as the town where the Julia Roberts’ career-launching film “Mystic Pizza” was filmed. (Yes, the Mystic Pizza parlor is still there.)

That all changed over the last 10 years. Before sampling the latest fare, pay homage to the decade-old Oyster Club — a chic boîte that upped the village’s culinary chops.

The small restaurant is extended by a tiered outdoor dining deck, appropriately dubbed the Treehouse, which is ideal for summer grazing.

Once you’ve considered the oyster, wander over to Nana’s Bakery and Pizza — the fourth outlet (after the beer-centric Engine Room and nosh shop Grass & Bone) from Oyster Club owners 85th Day Food Community.

Along with seriously good coffee and house-made kombucha — their miso is fermented in-house, too — organic grain is milled on-site to create the tastiest, most nutritious flour for digestible breads, pastries, made-to-order hot doughnuts and a proprietary pizza dough, developed by 85th’s executive chef James Wayman — the roasted sweet potato, kale pesto and pine nut melds perfectly into its chewy, tasty crust. (Pizzas range from $10 to $20.)

Comfy seating fans out from a long firepit surrounded by Adirondack rockers while a mixologist dispenses drinks as ingredient driven as the sharable tapas — a local mushroom tart topped with Narragansett Creamery ricotta and lavished with truffle oil is given a nice sweet lick of caramelized onion. (Tapas run from $14 to $24.)

At the Shipwright’s Daughter — opened in The Whaler’s Inn — chef David Standridge painstakingly dehydrates lemons and grinds them to create a super-sharp powder. He uses the zingy secret ingredient to bring out the sweetness of roasted beets, which he tops with red watercress and green strawberries, and sets on a bed of creamy North Stonington Greek yogurt.

Another great finish is the tangy sweetness of pickled sultanas to offset the richness of roasted maitake mushrooms topped with roasted minced garlic and ginger, set on a cashew cream laced with hot chili oil. (Entrees run from $19 to $43.)

After Morgan’s weekend brunch — his supremely rich granola, yogurt and fruit parfait is topped with dripping honey comb — it’s time for a snooze in the acre-plus garden. (Entrees run from $24 to $52.)

Moving from haute cuisine to low-brow cool, the new Taquerio offers handmade tacos and margaritas in a converted gas station — tasty (that’s you, oyster po’ boy taco!) and an aesthetic coup. (Tacos run from $4 to $5.)

“The food scene in Mystic is blowing up,” said chef Standridge, who moved his family here from Manhattan last year. He puts it down to creative chefs sourcing hyperlocal from the area’s abundant community of farmers and fishermen.

“There’s a foundation of community here that I’ve never seen before, and it’s pushing the culinary experience over the top,” he said, “The public is recognizing that.” 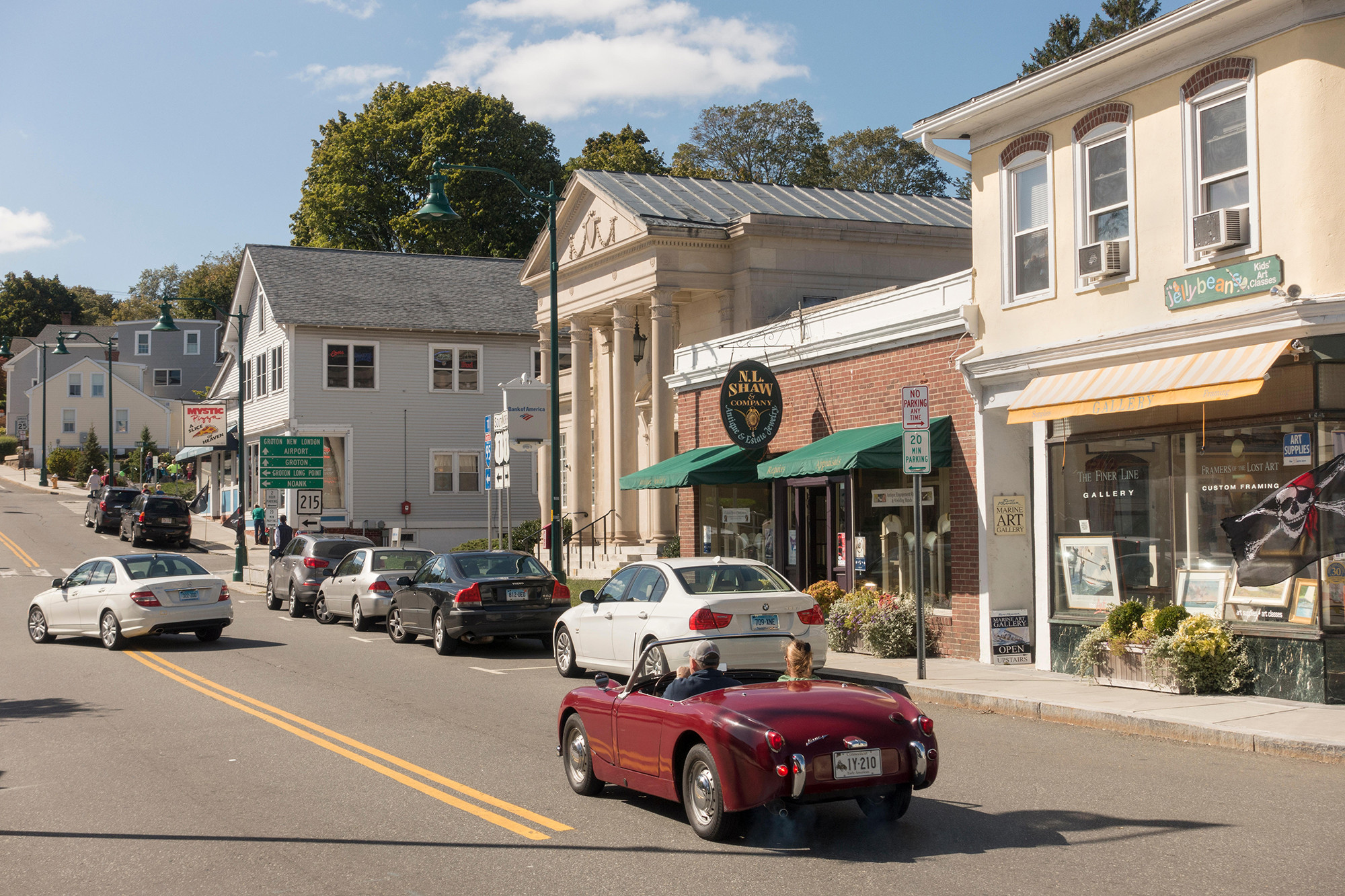