New York City’s firefighters were noticeably absent from Mayor Bill de Blasio’s ticker-tape parade for the “Hometown Heroes” of the coronavirus pandemic on Wednesday — due to a boycott called by their union because a smoke-eater is critically ill with COVID-19.

In an “official communication” circulated ahead of the event, leaders of the Uniformed Firefighters Association called on the Bravest to “stand in solidarity…and withhold any participation in tomorrow’s parade.”

“We are taking this stance because the time to celebrate has not yet arrived,” UFA President Andrew Ansbro and Recording Secretary wrote Tuesday.

“Our members are still risking their lives daily by exposing themselves to covid related illnesses. Indeed, we currently have a member in the ICU with covid related pneumonia.”

They added: “We are going to keep him and his family in our thoughts.”

After none of the FDNY’s 9,000 active-duty smoke-eaters were among the marchers in Lower Manhattan’s famed “Canyon of Heroes” along Broadway, Ansbro issued a public statement blasting de Blasio for not coming through with promised bonus pay for the smoke-eaters.

“The federal government delivered that funding as part of the American Rescue Act, but to date the Mayor has failed to fulfill this promise.  Rather than a parade, a more appropriate gesture would be to make good on this promise.”

Ansbro also mentioned the unidentified firefighter battling COVID-19, saying: “We think prayers for his recovery, and a memoriam for those lost, is more appropriate than a parade at this time.”

Ansbro told The Post it’s unclear exactly how the firefighter was infected but noted he was working in an area known to be a coronavirus “hotspot.”

De Blasio’s political rival, Gov. Andrew Cuomo, last month announced plans for an “eternal flame” to honor the estimated 50,000-plus New Yorkers killed by the coronavirus, surrounded by 19 maple trees to pay tribute to various categories of essential workers, including one for firefighters.

Local opposition forced Cuomo to abandon the original site of the “Circle of Heroes” monument in Battery Park City’s Rockefeller Park last week, but a spokesman said it would be relocated elsewhere in the neighborhood.

The city’s EMTs also boycotted Wednesday’s parade over their entry-level salary of just $16.95 an hour, less than $2 more than the legal minimum of $15 an hour.

The head of Local 2507, which represents the paramedics, last month said that wage treated the city’s “street doctors” like “indentured servants.”

“The scales of equity here are far out of alignment,” union chief Oren Barzilay told The Post. 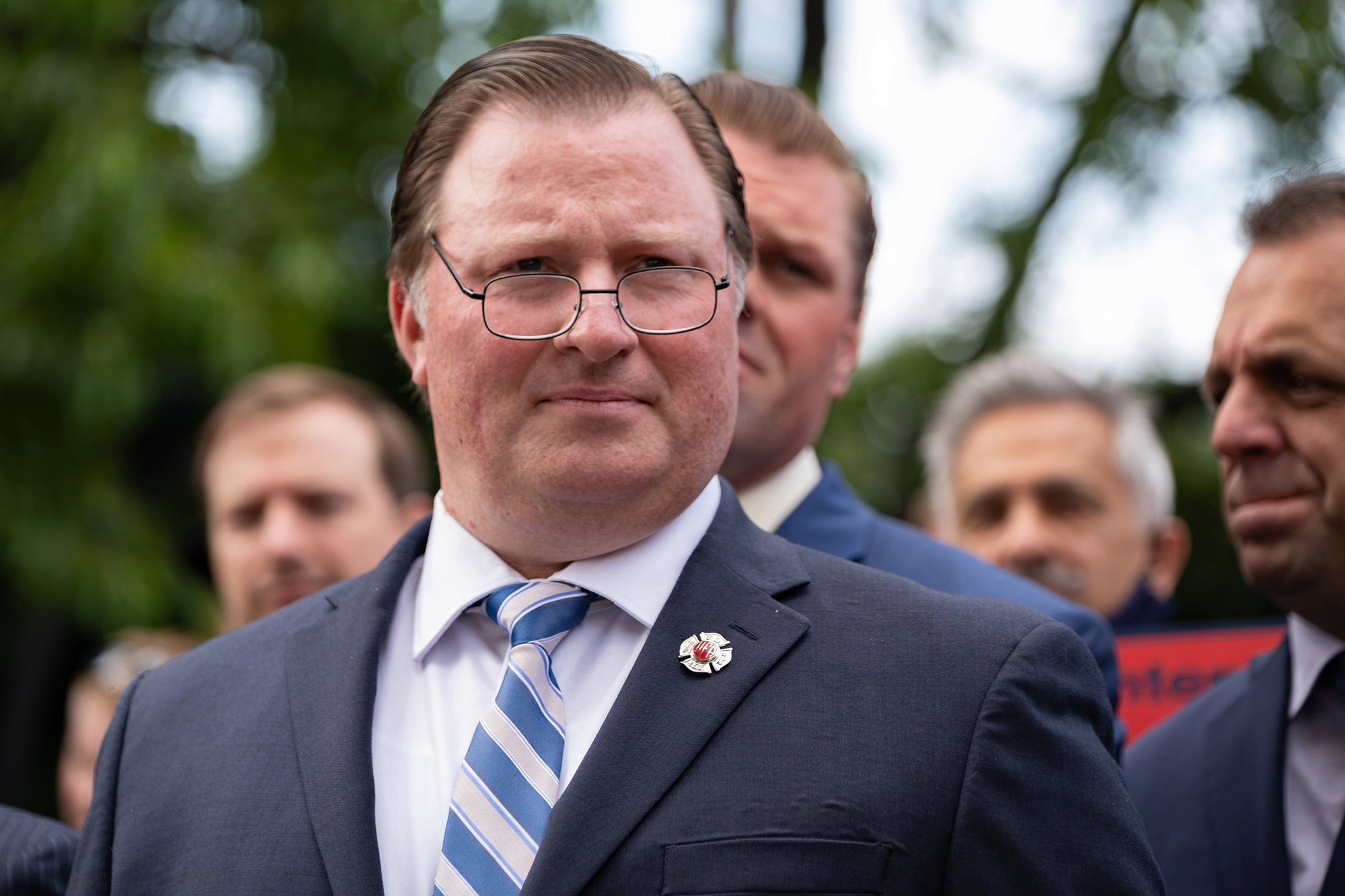