The fiercely competitive primary races for mayor are not galvanizing voters to rush early to the polls, according to the city Board of Elections.

Voters have the option to cast ballots during nine days of early voting offered at more than 100 polling sites ahead of next Tuesday’s primary election.

There are more than 3.6 million active registered Democrats and 500,000 Republicans eligible to vote in the primary races for mayor and other offices — or more than 4.1 million voters combined.

“We were prepared for a larger turnout for early voting. It’s certainly not a high turnout,” said Board of Elections president Fred Umane.

“I don’t know why voters aren’t coming. You can’t turn on the TV without seeing ads about one of the candidates or about how to fill out your ranked choice ballot.”

But the low turnout thus far does not mean that more voters won’t head to the polls on Tuesday, political analysts said.

A recent survey of 950 likely city Democratic voters conducted by lobbying firm Capalino & Company with the Honan Strategy Group found that a majority of voters — 61 percent — said they would vote in person next Tuesday, primary day.

Election analysts said projecting turnout is even more difficult because of the new ranked-choice voting system.

But during the last competitive Democratic primary for mayor in 2013, only about 700,000 or 20 percent of registered Democrats cast ballots. Mayor de Blasio won that contest. 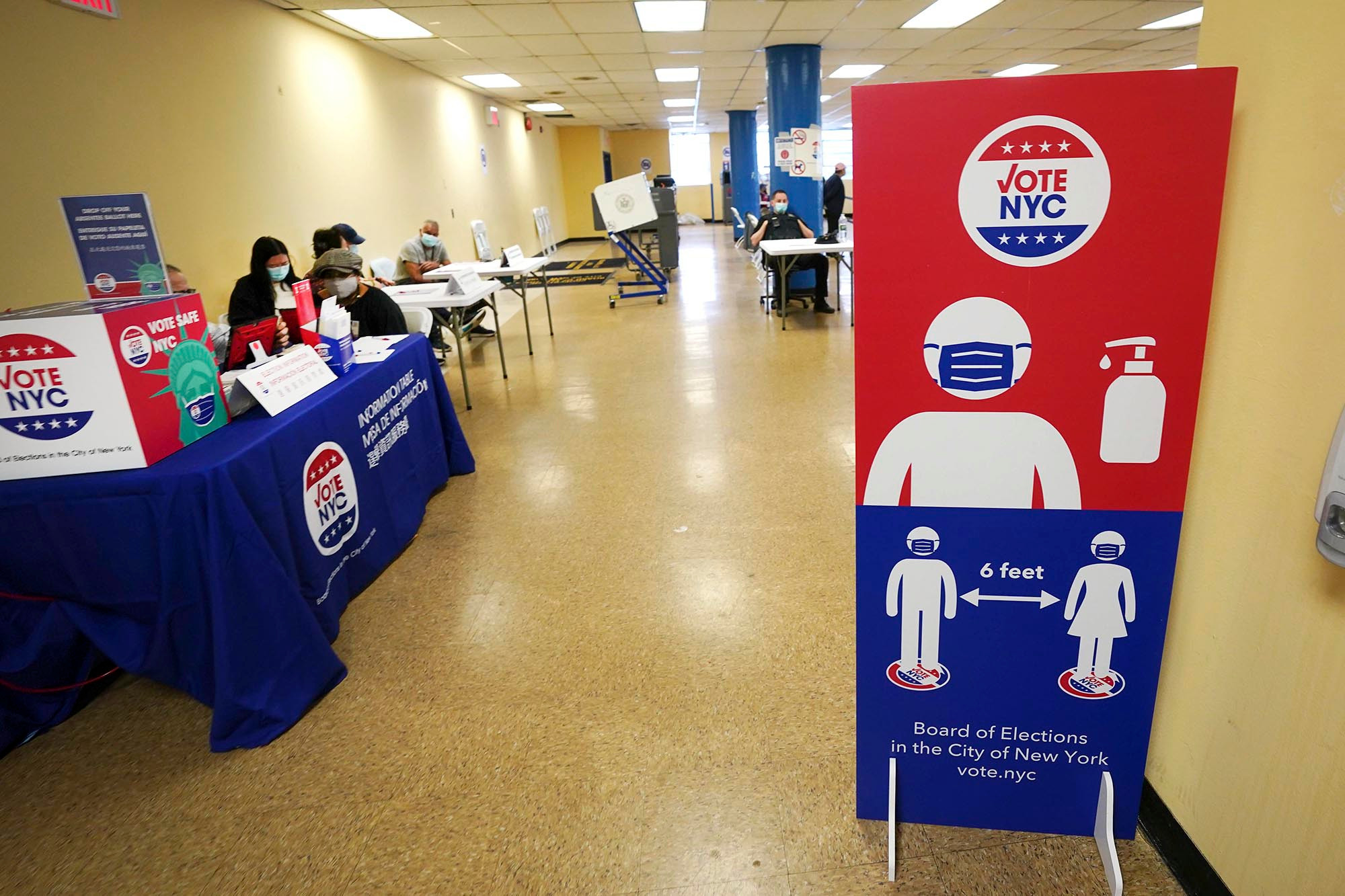