A 13-year-old boy and a 62-year-old man were struck and injured by a Fresh Direct truck driver in Manhattan on Wednesday night, police and sources said.

The duo were crossing at East 57th Street and Park Avenue when the driver of the box truck barreled into them at about 9:55 p.m., police said.

The collision occurred as the pedestrians were going westbound at the intersection and the driver was making a left hand turn from East 57th Street to head north on Park Avenue, cops said.

The truck driver continued north for about a block before stopping on Park Avenue near East 58th Street, cops said.

Police said the man is expected to be hit with a summons.

The victims were taken to Weill Cornell Medical Center in critical condition. Hours later, their conditions were updated to stable, police said. 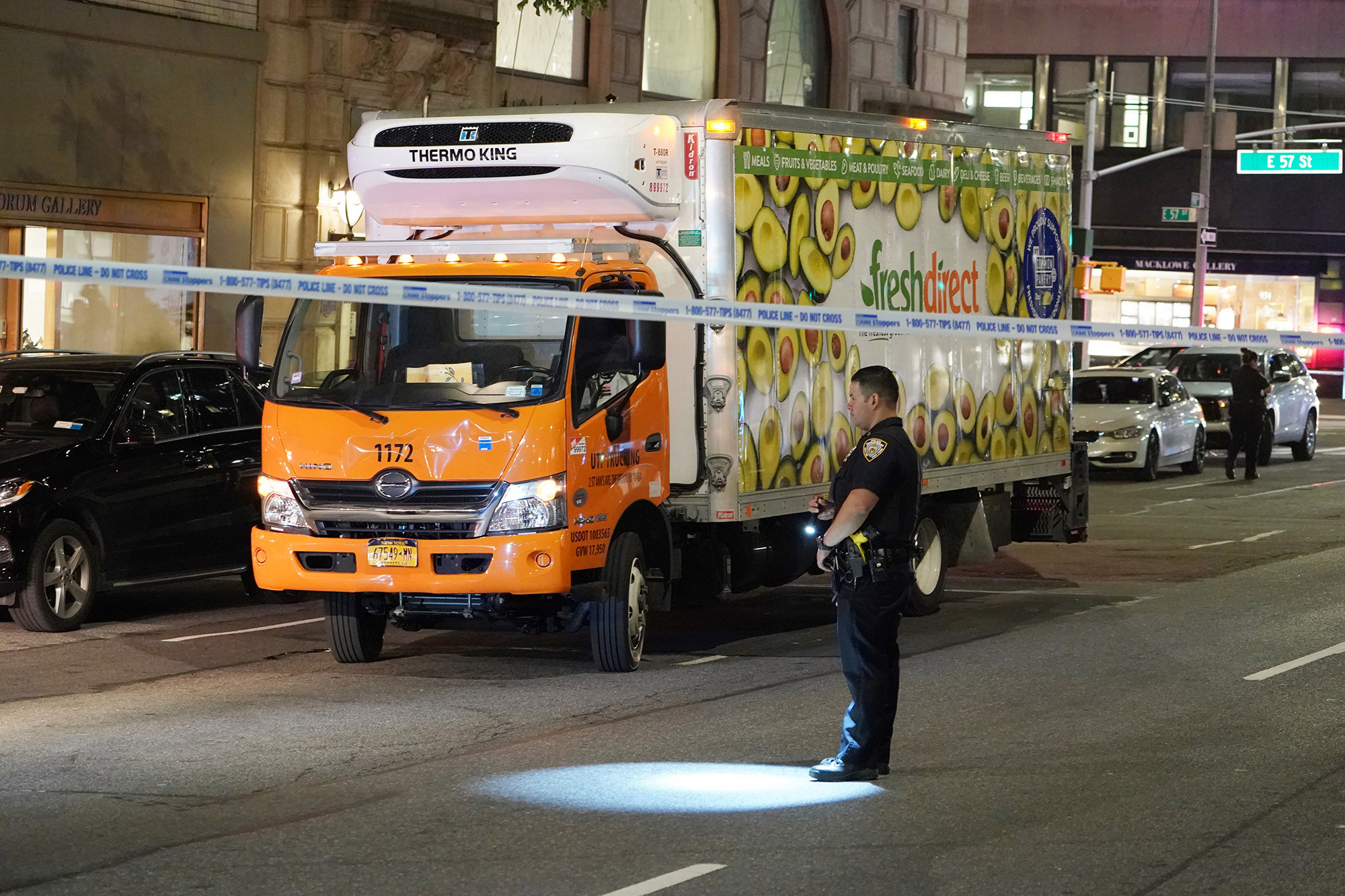