A piece of 9/11 history may have been abandoned in Afghanistan after American troops hastily pulled out of a key military base, leaving the New Yorkers who rescued and donated the relic enraged — and worried it might fall into the clutches of the Taliban.

No one seems to know the location of the memorial — a 10-foot-tall, 900-pound steel beam from the World Trade Center which became a landmark at Bagram Airfield after it was donated in 2010 — in the wake of a rushed exit by United States forces from the base last weekend.

“We’re determined to find its exact location currently and bring it home,” said Cantor, a Marlboro, NJ, resident who served at Bagram. “It’s really important to those of us who served over there that it doesn’t fall into the hands of the Taliban.”

“It’s absolutely disgraceful. This is a piece of American soil,” seethed Bob Crowley, a retired NYPD officer and member of the Breezy Point, Queens, chapter of the Sons and Daughters of America, the group that salvaged, and then delivered, the beam to troops at Bagram.

The beam had “WTC” and “9 11 01” melted into the steel with an acetylene torch, and featured a plaque at the base with the words: “Never Forgotten. Never Forget. From the People of New York City. Breezy Point N.Y.”

“This beam was sent there with the hopes that every soldier, every day had a reminder of the real reason they were there and how this war started,” said Col. Stephen Ryan, a Breezy Point native and U.S. Army reservist with the 82nd Airborne, who served at Bagram.

Ryan, a former Nassau County police officer, was among the Army reservists activated on Sept. 11, 2001, helping to search the rubble of the crumpled Twin Towers for victims.

The beam was unveiled at Bagram on Memorial Day in 2010, in a ceremony led by former U.S. Gen. Stanley A. McChrystal. It became a popular site for selfies for NATO troops from around the world, and was once flown via helicopter over Taliban-controlled territory with the Stars and Stripes attached to it, in a display of American resolve.

The worried veterans say they’ve made multiple phone calls and haven’t been able to determine if the beam was taken out of Bagram, which was ravaged by looters in the wake of the Biden Administration’s rushed exit from the base.

They fear the Taliban will deface the memorial, use it as a recruiting and propaganda tool, or flaunt it around the world as a symbol of American weakness on the eve of the 20th anniversary of the deadliest terror attack in world history.

“It’s incomprehensible that we would let this happen,” said Cantor.

For now, they’ve reached out to the new Afghan commander on the ground at Bagram, Gen. Asadullah Kohistani, to ask him to scour the base to see if the memorial is still there. Shabir Kabiri, a liaison to Kohistani, said if it’s located, the beam could be taken to the U.S. Embassy in Kabul.

The original plan, said Ryan, was to move the monument to the 82nd Airborne Museum in Fort Bragg, N.C. when U.S. troops finally departed Bagram. But those plans apparently fell apart in the haste to vacate the base.

A person at museum headquarters reached by The Post this week did not know the monument’s whereabouts or if it was destined for Fort Bragg. The 82nd Airborne and U.S. Central Command in Florida did not immediately return a request for comment.

“We haven’t heard any word about it in two years,” said a man who answered the museum’s phone, who declined to give his name.

“Somebody dropped the ball, somebody in the U.S. government or military,” said Cantor. 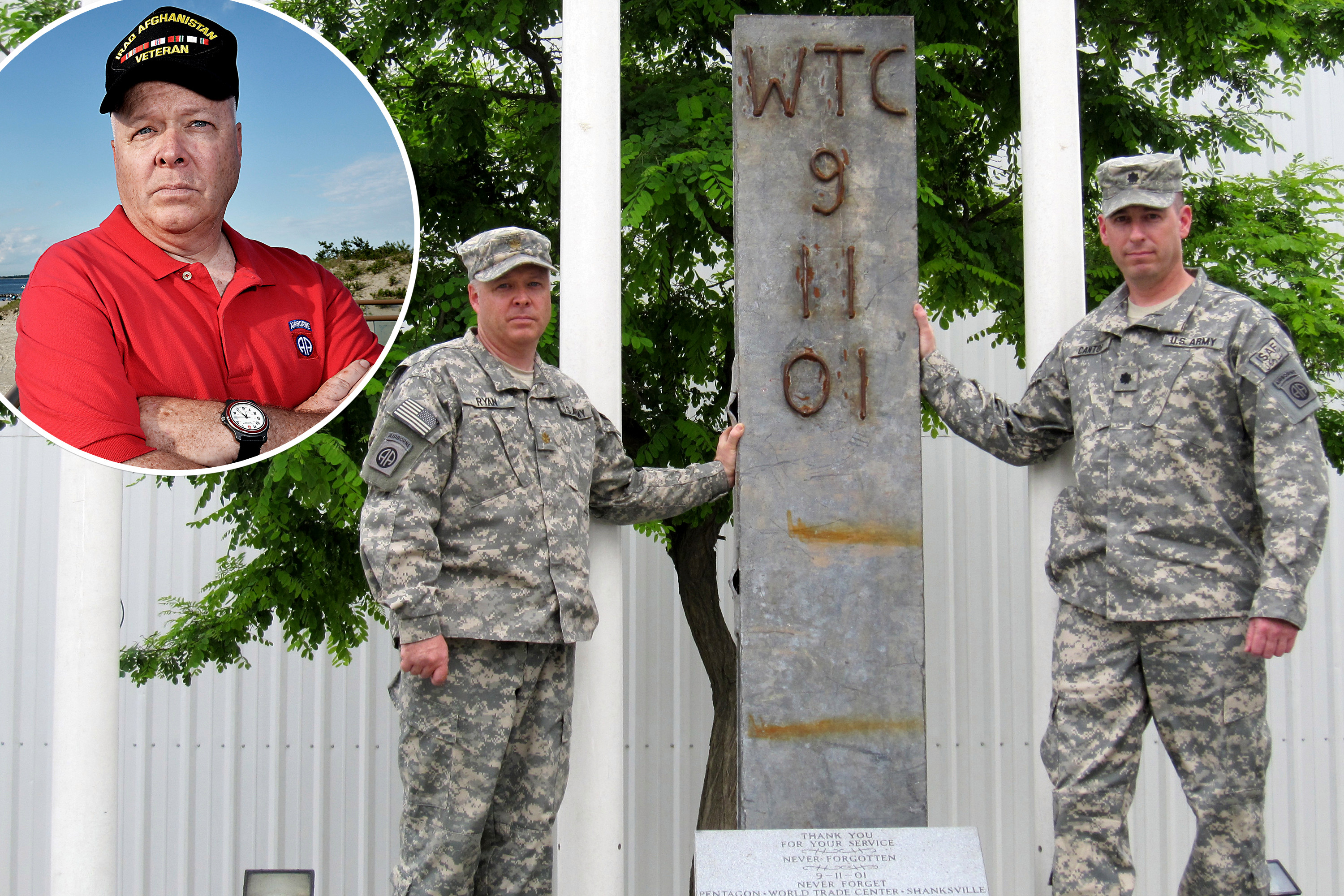