Former Obama housing secretary Shaun Donovan says he’d be “the climate mayor,” but his multimillionaire dad who’s funding his long shot City Hall bid is the opposite of an environmental steward.

Michael Donovan– who has given $6.8 million through a super PAC making him the single largest donor in the entire mayoral race– owns three homes, a gas-guzzling private jet, and once destroyed wetlands in front of his $18 million Bridgehampton estate.

“If candidates are taking money from polluters, they are making a big mistake because people suffer,” said Maritza Silva-Farrell, head of the New York umbrella environmental group ALIGN.

Michael Donovan, 80, pioneered advertising software and had a near monopoly of media billing and tracking industry until his firm Donovan Data Systems merged with another company called Mediabank in 2011, forming a third entity called Mediaocean.

“Every major ad agency in the world uses their software,” a business colleague told The Post.

The tech entrepreneur remains on Mediaocean’s board. Google is now a major competitor.

The merger was approved by President Barack Obama’s Department of Justice when Shaun Donavan was a member of the cabinet.

“His father stood to gain hundreds of millions of dollars from something that the DOJ was reviewing,” the business colleague said.

“Everything was above board, but it had potential to be very awkward,” he said.

Mediaocean was acquired by Vista Equity Partners in a $720 million deal in 2015. A year later Michael Donovan landed on the Real Deal’s list of top Hamptons residential sales with his $18.2 purchase of 411 Jobs Lane in Bridgehampton. The 11,550 square foot contemporary home has 11 bedrooms, 12-and-a-half bathrooms and a five car garage.

Michael Donovan’s Manhattan address is just as impressive. He lives at 1040 Fifth Avenue, a limestone luxury cooperative building that was once home to Jacqueline Kennedy Onassis.

He has a “very nice plane to fly his family back and forth” to a third home in Charlottesville, VA, the business colleague told The Post, adding that the private jet was recently upgraded from a Cessna Citation.

In February 2017, a year after buying the Long Island mansion, the Southhampton Planning Department hit Michael Donovan with a citation for mowing through a 75-foot wide “naturally vegetative wetland” in front of his home, according to Martin Shea, the town’s chief environmental analyst.

“Some significant clearing had occurred within the restricted buffer zone,” Shea told The Post. “He was required to discontinue all disturbance in that area and allow that area to come back,” Shea said.

Curtis Sliwa, the Guardian Angel founder and Republican mayoral candidate, called Shaun Donovan a hypocrite for benefitting from his dad’s money while claiming to care about the environment.

“It’s so typical of so many people running for office, it’s ‘Do as I say not as I do,’ or as my main benefactor, my father, has done,” Sliwa said.

“If he wants that title, of being you know the next green mayor, the one that’s going to maintain our ecology, he’s going to have to denounce his dad. He’s taking money that obviously was used for reverse,” Sliwa said.

Despite the millions Michael Donovan has spent on ads supporting his son, Shaun Donovan has been polling in the single digits. 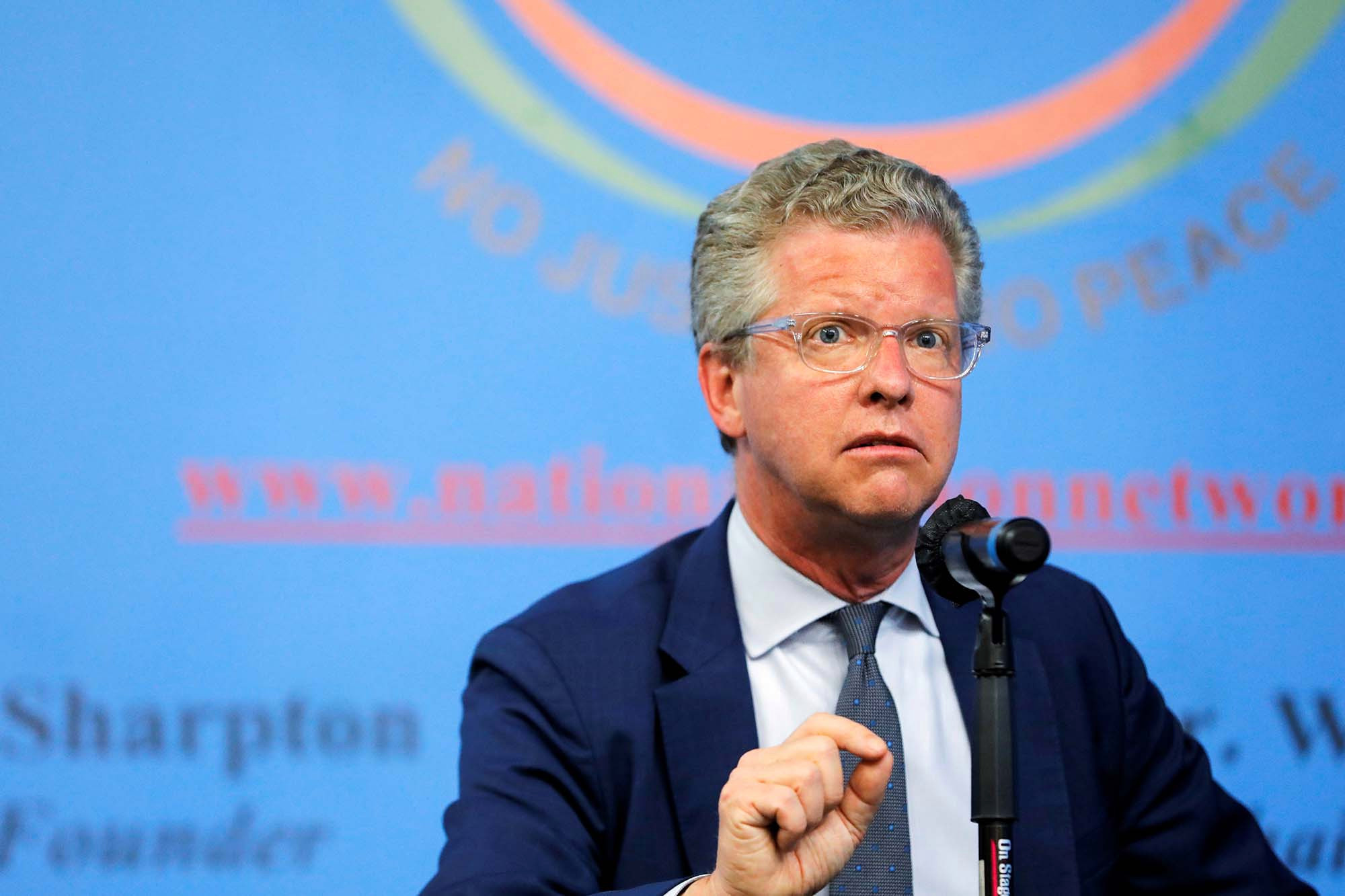