The New York Police Department announced the curfew two weeks ago after a Post report highlighted the drug abuse and lawlessness that have consumed the Greenwich Village space in recent months.

But the park went back to its regular midnight closing hour on Friday – in what turned out to be another night of violence and disorder there.

“Our plan at this point is to continue with standard closure hours; same as last night — midnight,” Department of Parks & Recreation spokesperson Crystal Howard told The Post Saturday.

However, even that midnight closure, a long-standing regulation, was ignored by officials and revelers Friday night.

A fight broke out amid the after-hours rave at 2:15 a.m. Saturday morning, according to police. Three people were hospitalized in the melee – one of them stabbed and another slashed with a razor blade, police said.

The rowdy raves into the wee hours of the morning are an almost nightly occurrence, say neighbors, who have grown increasingly angry with quality-of-life conditions around the park.

“Greenwich Village … has become a dystopian other world,” lamented longtime resident Leslie Rylee in a blistering letter she fired off to The Post and city leaders Saturday.

The conditions in Washington Square Park, she said, are “the result of apathy, corruption and abject neglect by elected and law enforcement officials.”

Efforts to enforce the 10 p.m. curfew last weekend ended in violence when a mob in the park clashed with cops. Twenty-two people were arrested and five cops were injured.

“Closure of the park is made in coordination with the Parks Department and is made on an ongoing basis,” NYPD spokesperson Sgt. Jessica McRorie told The Post Saturday.

The status of the curfew “could change in real time if circumstance are warranted,” the Parks Department said, but did not elaborate on those circumstances. 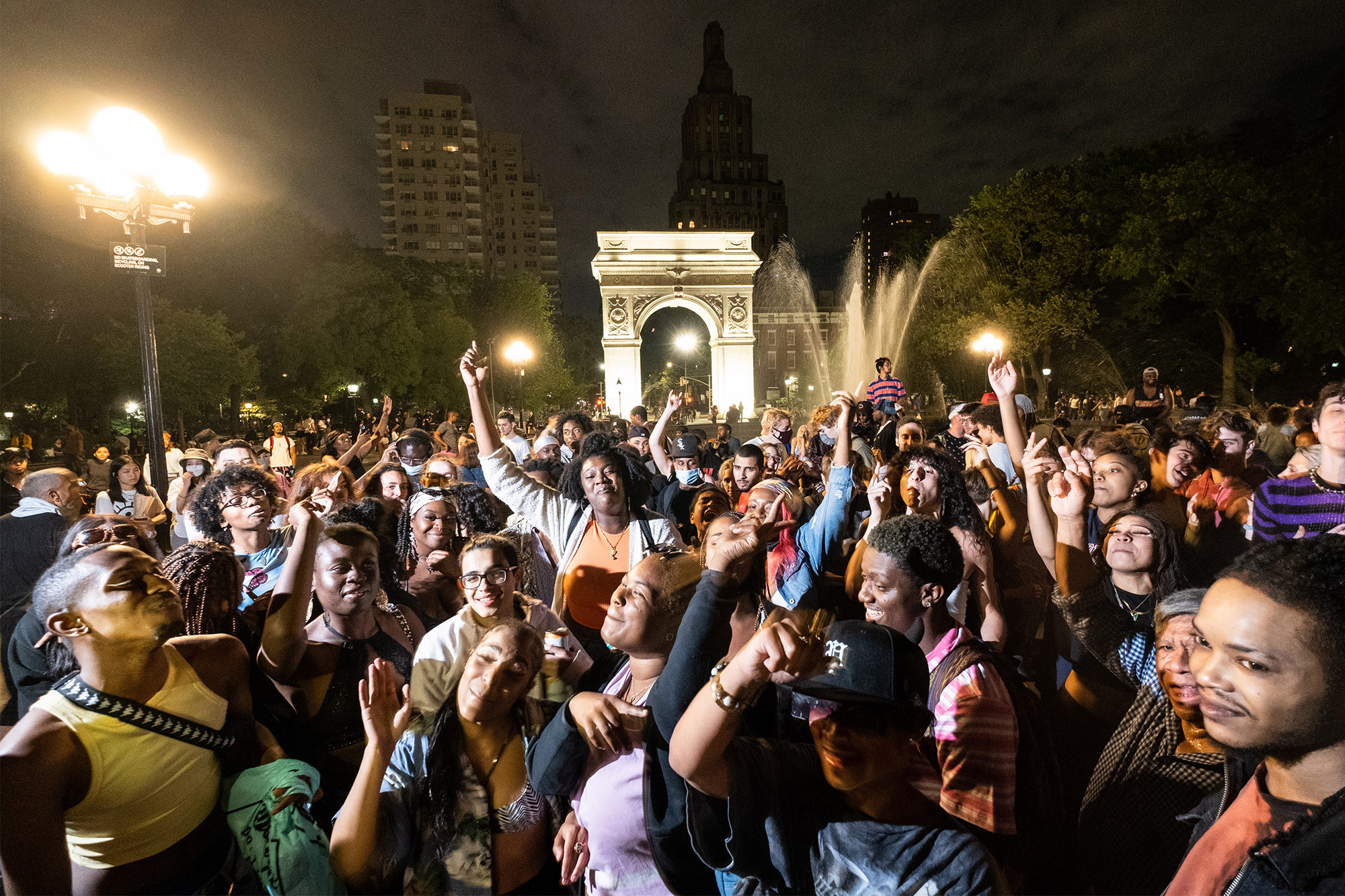