Every pub and pizzeria within the five boroughs will be buzzing this weekend.

Soccer mania has swept New York City as Italy and England prepare for an epic final match for Euro 2020 this Sunday at 3 p.m., and there’s no shortage of action on our side of the pond.

Whether it’s in a packed bar of England supporters or at a streetside watch party for Italy fans, here are the best spots to see the Three Lions finally bring it home — or for Italia to say arrivederci to naysayers.

The Bronx’s Little Italy pulled out all the stops for this one.

The Belmont community organized a mobile truck to broadcast the game on a 12-foot screen for a neighborhood watch party along one of the city’s most scrumptious corridors.

Bring a pie, a hero or, heck, even an antipasto to this unique viewing — there’s no shortage of nearby Italian restaurants and specialty shops to choose from.

The truck will broadcast the Copa America final for Argentina vs. Brazil on Saturday night at 8 p.m.

With East 12th Street closed to traffic on Sunday, fans who root for the Boot at the aptly renamed “Ribalta Stadium” will spill out streetside for the epic finale.

Sunday’s block party will feature three huge screens for fans to watch both inside and out.

Everybody gets into the game here, from staff to die-hard customers to unwitting passersby.

If the tomatoes painted on the side of this eatery didn’t give away its allegiance, the passionate fans inside this spot on The Bronx’s Morris Park Avenue sure will.

A more intimate local alternative to Arthur Avenue, you come here for the crowd: Emilio’s is next to a private soccer club whose members stream over for big games.

The energy in this Italian nabe is surely hard to beat – if you’re watching with friends or family, consider building your own specialty pie or getting some massive heroes to share.

The soccer fanatic, whose Neapolitan trattoria in the West Village has jerseys and other apparel hanging from its ceiling, has even rented a 45-seat tourist bus for he and his patrons to drive around Manhattan in the event of victory.

Prior to that potential celebration, head to Houston Street to watch with a belly full of brick-oven pizza, gnocchi Sorrentina, paccheri alla Genovese, and plenty more authentic dishes from the southern Italian coast.

Still, it’s not the end of the world if Italy doesn’t pull this one out, Iovine said.

Although it’s members only, Caffe Sportivo in Bensonhurst has outdoor televisions on display so that the whole neighborhood can go bananas if the sacred peninsula pulls off the big one.

This Kips Bay mainstay will be bustling with British supporters come Sunday afternoon.

In honor of the island nation, the Churchill will offer a special, traditional Sunday roast with “all the trimmings,” including Yorkshire pudding. 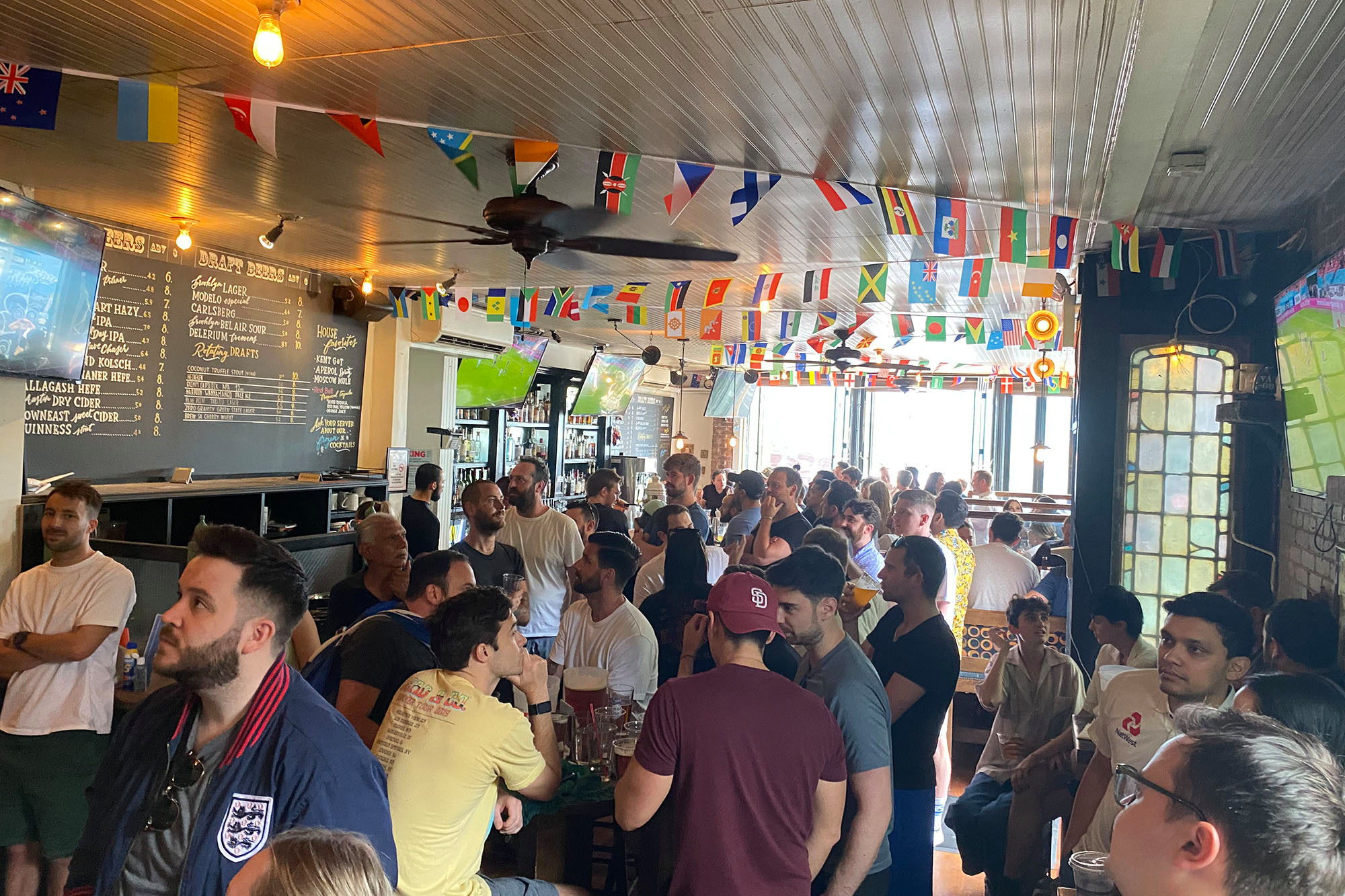 For a great crowd, head to Kent Ale House this Sunday. 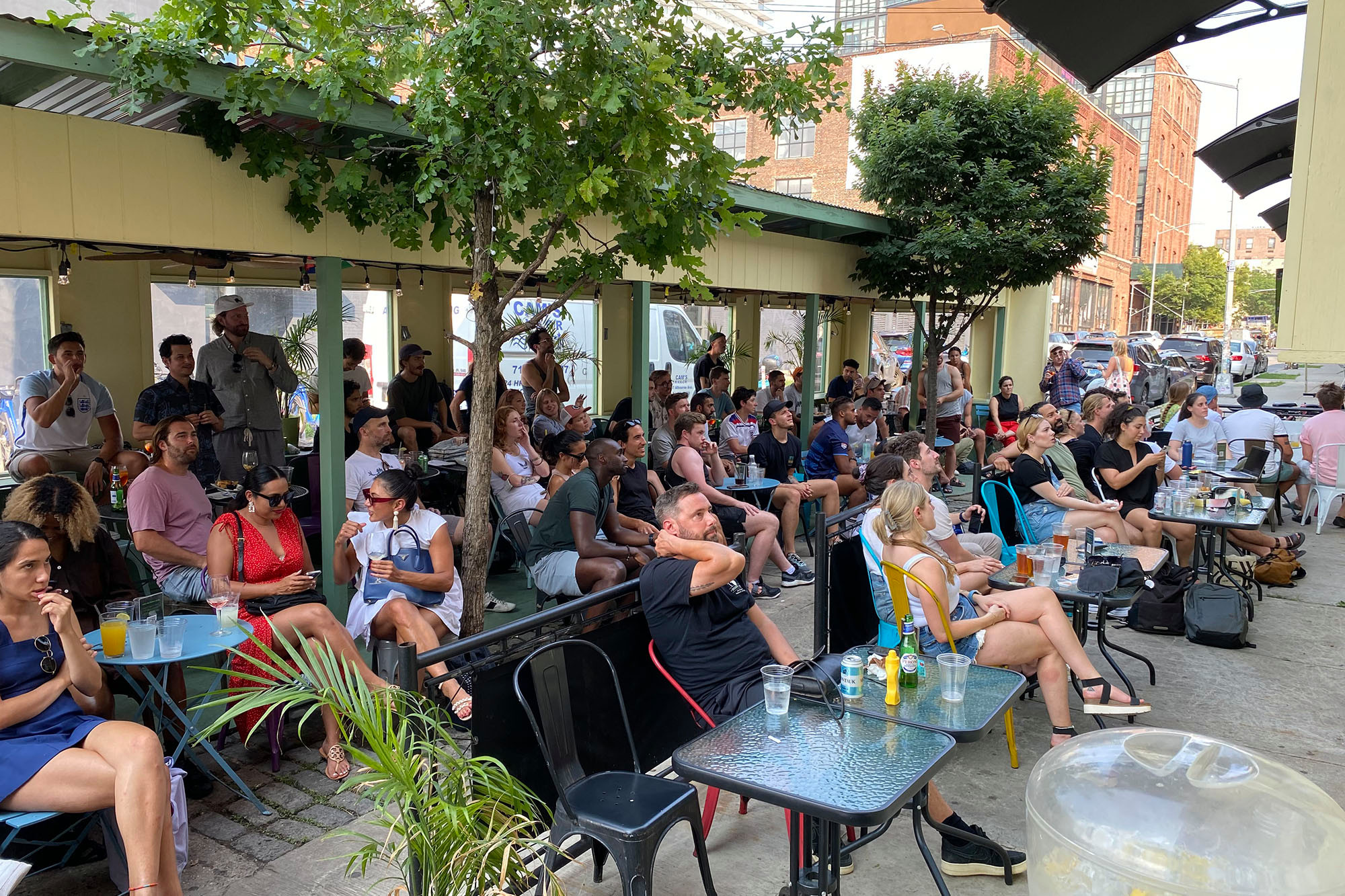 There’s plenty of space indoors and out to root on England at this pub.

What do Boston Red Sox fans and the nation of…

This Brooklyn nearly waterfront bar is a must for those cheering for team England.

Greenpoint’s Kent Ale House features a beautifully decorated parlor and plenty of spots to watch both indoors and out on the telly.

Once the Euro is finished, you can catch some rugby action as well.

Head in early because this Upper East Side gastropub with a connected beer garden will be first come, first serve Sunday.

There’s an array of televisions to watch inside the dining room, guaranteeing a jolly-good time if England does finally bring it home.

Although technically a neutral site, this pub will be all England “by transitive property” of 11th St. being a Liverpool bar, staff said.

Come Sunday, this East Village bar known for its perfect Guinness pours will be “firing on all cylinders” — watch on one of seven massive televisions spread both indoors and out. 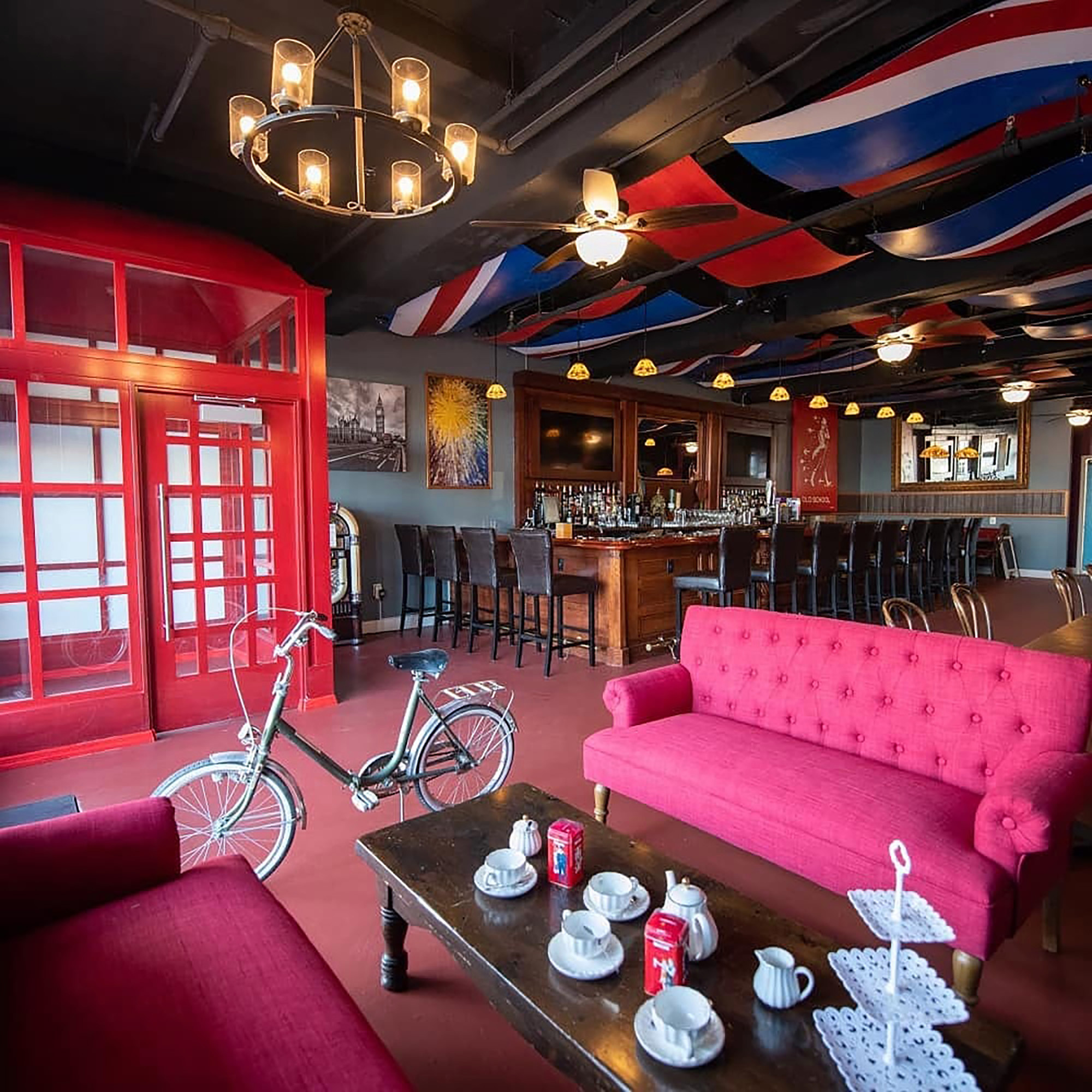 The Union Jack is displayed proudly in this Staten Island pub. 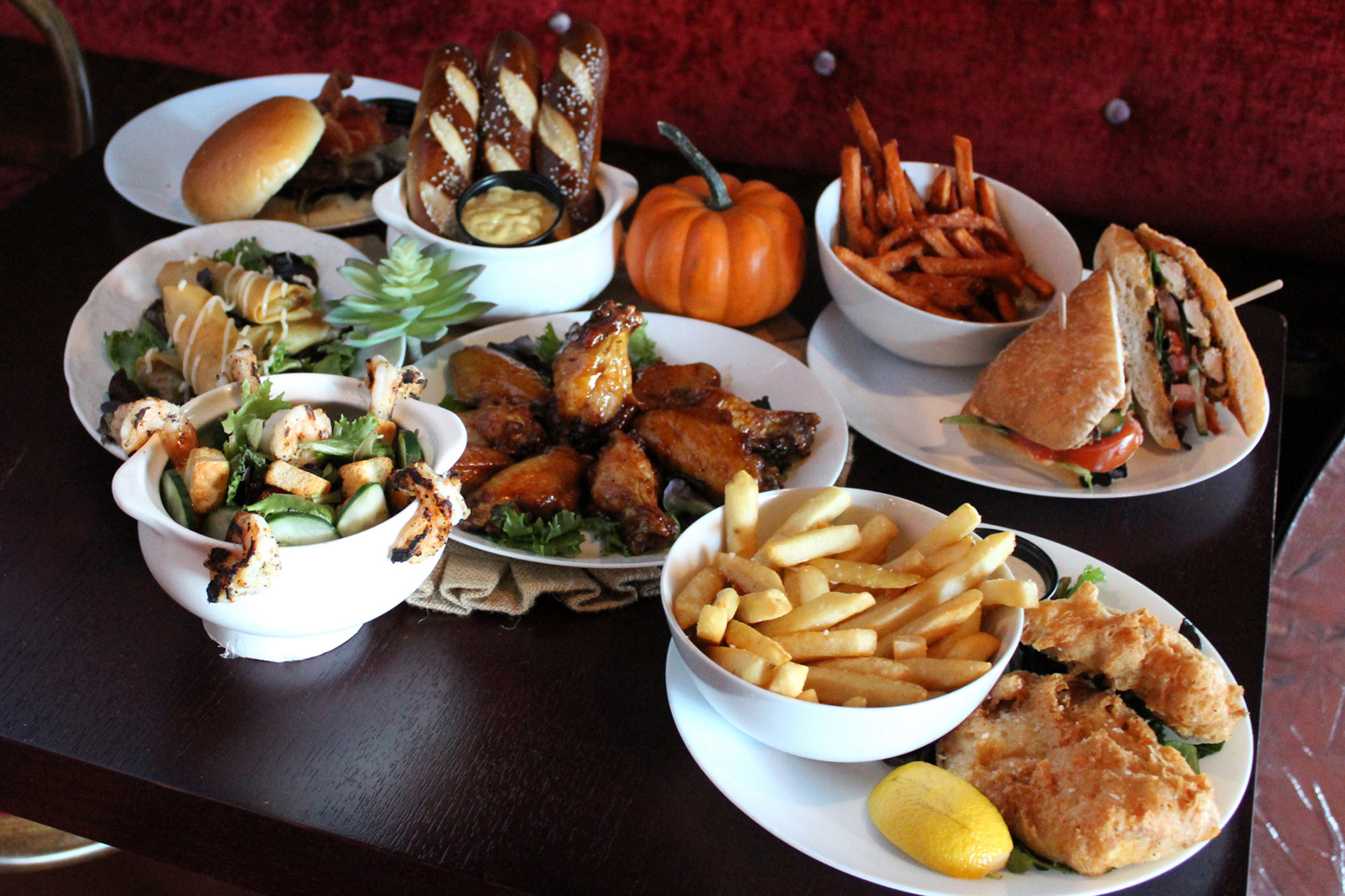 Along with the superb scenery, O’Henry’s Publick House offers tons of authentic English bites as well.

What do Boston Red Sox fans and the nation of…

This Staten Island pub will have you thinking you’ve teleported to London after walking through its red phone-booth doors.

O’Henry’s offers authentic furniture, tea sets, vintage bicycles in its parlor area, plus $5 deals on beer, seltzers and even sangria from the bar.

That’s along with more $5 specials on Welsh rarebit; cheese and jalapeño pockets; and pretzel sticks. 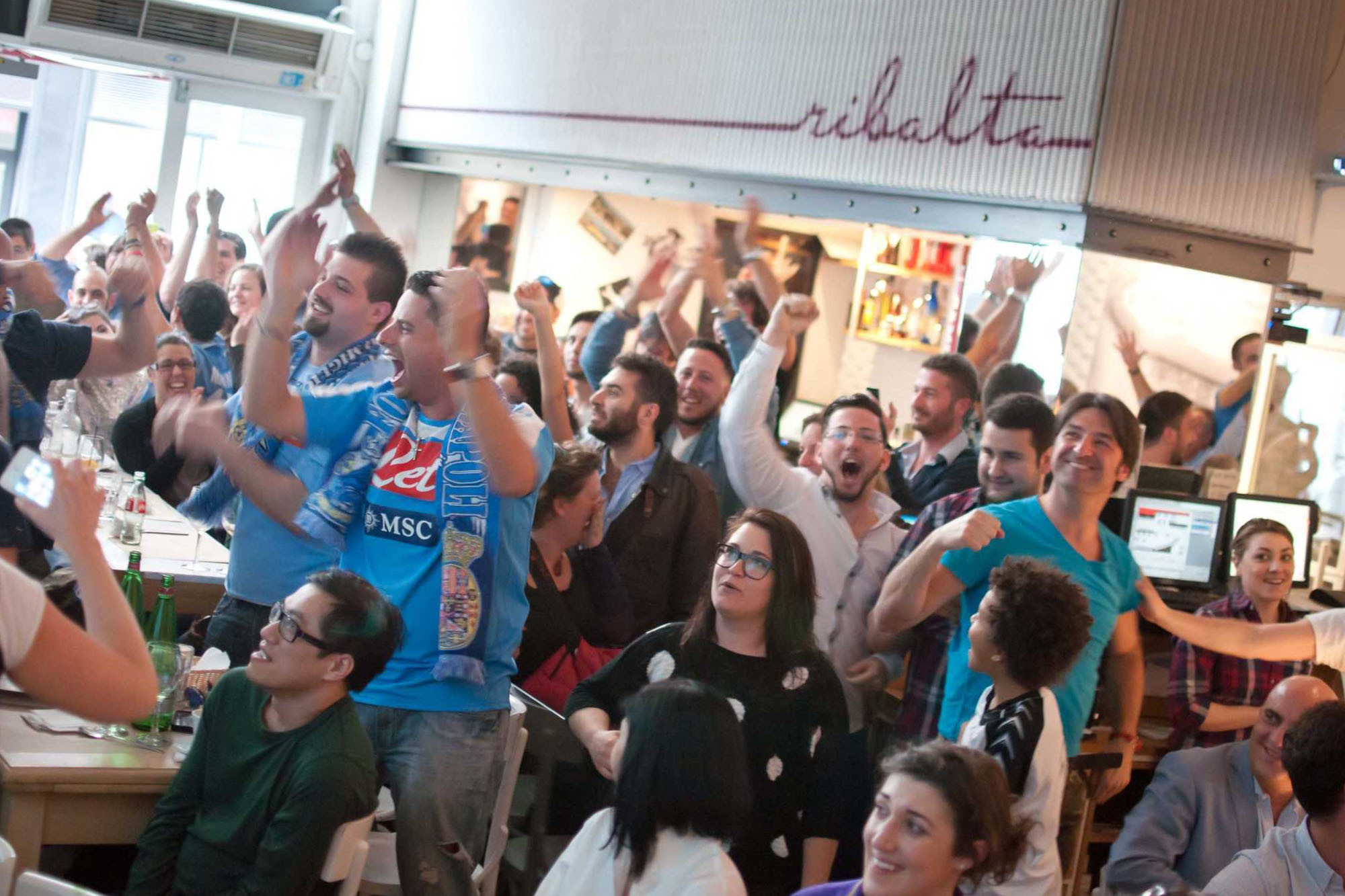