JAKARTA, Indonesia — Indonesia’s president ordered authorities to speed up the country’s vaccination campaign as the World Health Organization warned Thursday of the need to increase social restrictions in the country amid a fresh surge of coronavirus infections caused by worrisome variants.

“We need vaccination acceleration in order to achieve communal immunity, which we hope can stop the COVID-19 spread,” President Joko Widodo said in a remarks while visiting a vaccination center just outside the capital, Jakarta.

Widodo said he ordered his cabinet ministers and local governments to increase the number of people vaccinated each day to 1 million by next month. He said Indonesia is currently vaccinating half a million people a day.

National COVID-19 task force spokesman Wiku Adisasmito said the slow progress can be put down to limited global vaccine supply, the unpreparedness of the national health system and vaccine hesitancy. The government has received 92.2 million vaccine doses so far.

Indonesia saw its number of confirmed new cases climb to more than 12,600 on Thursday, an increase blamed on travel during last month’s Eid al-Fitr holiday as well as the arrival of new virus variants, such as the the Delta version first found in India. In Jakarta the number of hospital beds occupied has shot up to 75% this week from 45% last week, government data shows.

The WHO in its situation report Thursday noted that Indonesia’s drastic increase in bed occupancy rates is a major concern and necessitates in the implementation of stricter public health and social measures, including large-scale social restrictions.

“With increased transmission due to variants of concern, urgent action is needed to contain the situation in many provinces,” it said.

Indonesian health officials say they’ve detected the Delta variant in Jakarta, Central Java and East Java provinces. They say they have spotted three of the four variants of concern flagged by the WHO.

Adisasmito said a spike in coronavirus infections has been seen this week in Jakarta, Banten, West Java, Central Java, Yogyakarta and East Java provinces. All are located on Java, the most populous of Indonesia’s more than 17,000 islands.

Indonesia has reported more than 1.9 million virus cases since the pandemic began, with more than 53,700 deaths, the highest toll in Southeast Asia. Those numbers are thought to be an undercount due to a lack of widespread testing. 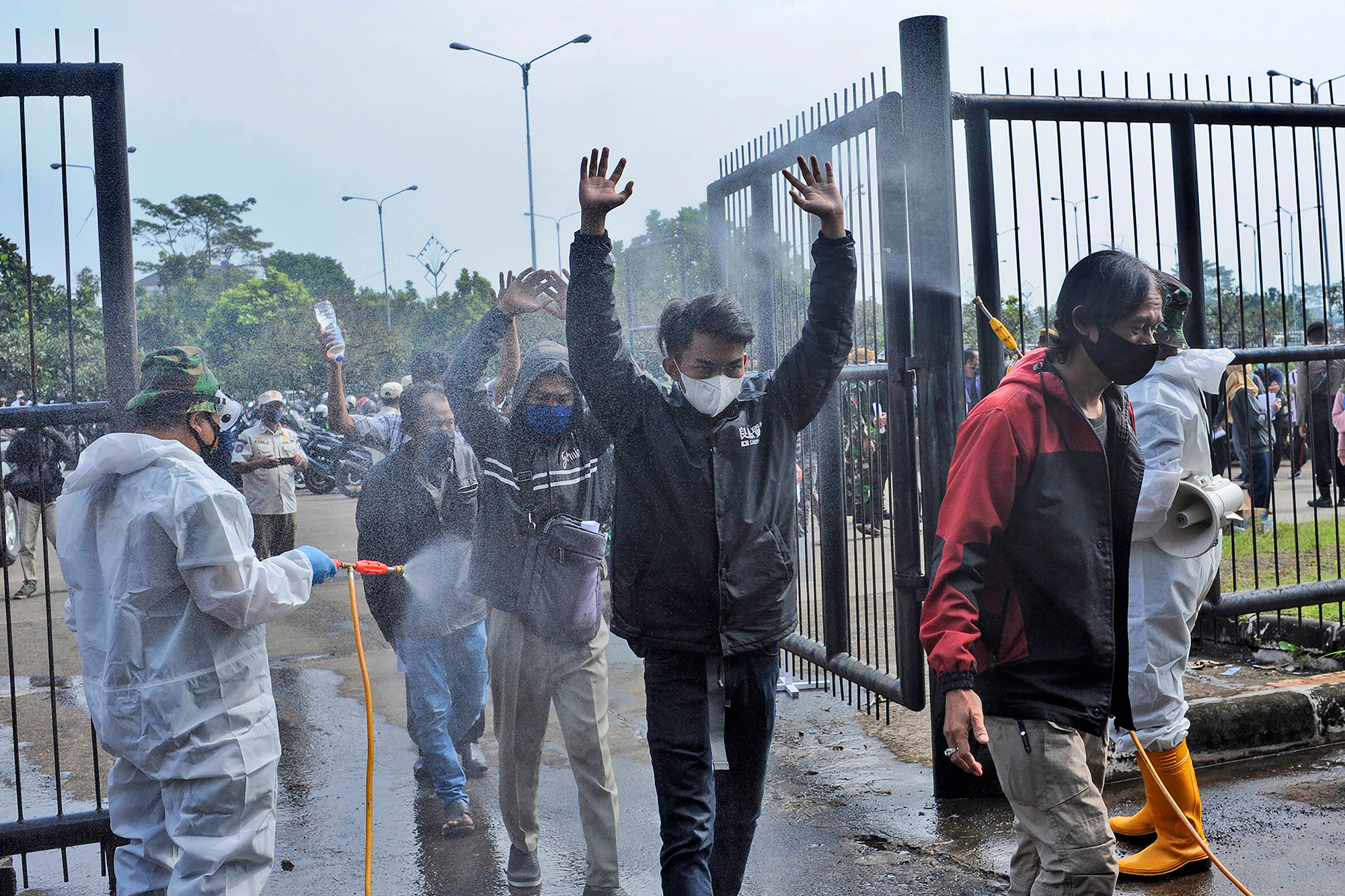