As The Post reported Tuesday, Wiley has been taking credit on the campaign trail for connecting NYCHA’s Queensbridge Houses to the service — even though Brooklyn’s Red Hook Houses and the Mott Haven Houses in the South Bronx, which she also promised to hook up, remain offline.

“It’s a continuing example of how she has stated what she has accomplished and we see the failure over and over again,” said front-running former cop and Brooklyn Borough President Eric Adams.

“It’s unimaginable when we look at our young people not having the opportunity to get remote learning because they didn’t have WiFi and broadband,” continued Adams, speaking at a campaign stop in Brooklyn. “She was supposed to be in charge of that.”

Adams also cited other examples of Wiley’s failure to bring about the transformative change she’s promised, both in boosting minority and women-owned businesses, and overhauling police oversight at the Civilian Complaint Review Board, as respectively reported by City and State, and City Limits.

“It’s a continuation of just seeing failures, and it’s important that we look at those failures when you lead on an issue that you were a leader on,” he said. “She continues to say what she wants you to know, but her record shows what she did not do.”

Added former Citigroup executive Ray McGuire ahead of a Harlem huddle with the Rev. Al Sharpton, “The voters will have to decide how they respond to an abject failure to make sure we have [brought] broadband to our children, especially at a moment in time when education is so reliant directly on broadband.”

While serving as Mayor Bill de Blasio’s counsel in 2015, Wiley helped roll out the eight-figure plan to bring the three developments online.

But six years later, two of the three complexes still don’t have the service Wiley promised, The Post found through a review of city records and interviews with fed-up residents.

The failure looms particularly large in the wake of the COVID-19 pandemic, which forced New Yorkers across the city to work and attend classes from home.

“We learned during the pandemic that broadband is not a nice-to-have, it’s a must-have,” said Garcia, the former head of the Department of Sanitation and NYCHA, during a Manhattan campaign stop. “And the fact that Red Hook and Mott Haven still don’t have it after six years is really pretty shocking.”

Added Yang while participating in early voting at Manhattan’s John Jay College, “Too many New Yorkers don’t have broadband internet at home. … Think about what that meant for hundreds of thousands of families during the pandemic when you’re told to educate your children remotely but you don’t have high-speed internet.”

Yang said that, if elected, he would make it “a top priority” to provide affordable broadband internet access to all New Yorkers.

“Ninety-nine percent of buildings in NYC are wired for internet access,” he said. “It’s just the last mile of connection that’s missing. We’re going to get the number of New Yorkers, who don’t have access to high-speed internet way down during my first term.” 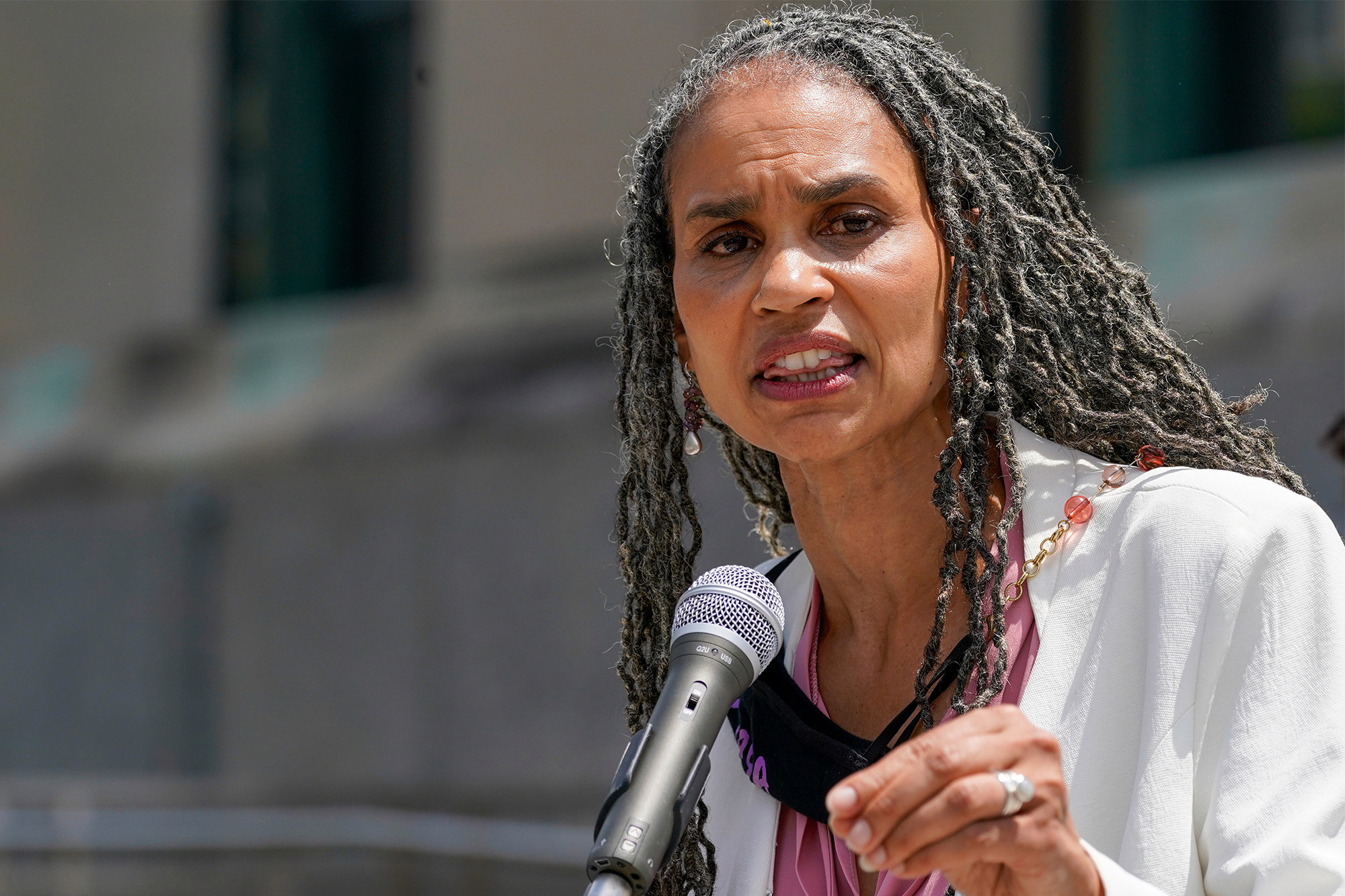