Two people — a female pedestrian and a male bicyclist — were killed by hit-and-run drivers in separate incidents in Queens and Manhattan overnight, according to cops.

The 67-year-old female victim was walking in the street on Eliot Avenue near 70th Street in Middle Village, Queens, around 12:45 a.m. Friday when a sedan struck her and knocked her to the ground before its operator drove off, police said.

Then she was hit by an oncoming MTA bus as well, authorities said.

Officers found the woman lying in the roadway with severe trauma, and EMS workers pronounced her dead at the scene.

It was unclear if the sedan driver was aware of striking the woman, but the bus driver was not, according to authorities.

It was also unclear who had the right of way at the time.

Meanwhile, about two hours earlier, 24-year-old bicyclist Borkot Ullah was attempting to cross East Houston Street near Attorney Street on the Lower East Side of Manhattan around 11 p.m. Thursday when he was struck by a black Subaru Outback, cops said.

Responding cops found the victim lying in the street with severe body trauma next to an e-bike, cops said.

It was unclear if he was riding the bike at the time or walking with it as he crossed the street, police said.

The SUV driver fled and was last spotted heading north on the FDR Drive.

Cops did not immediately know who had the light. 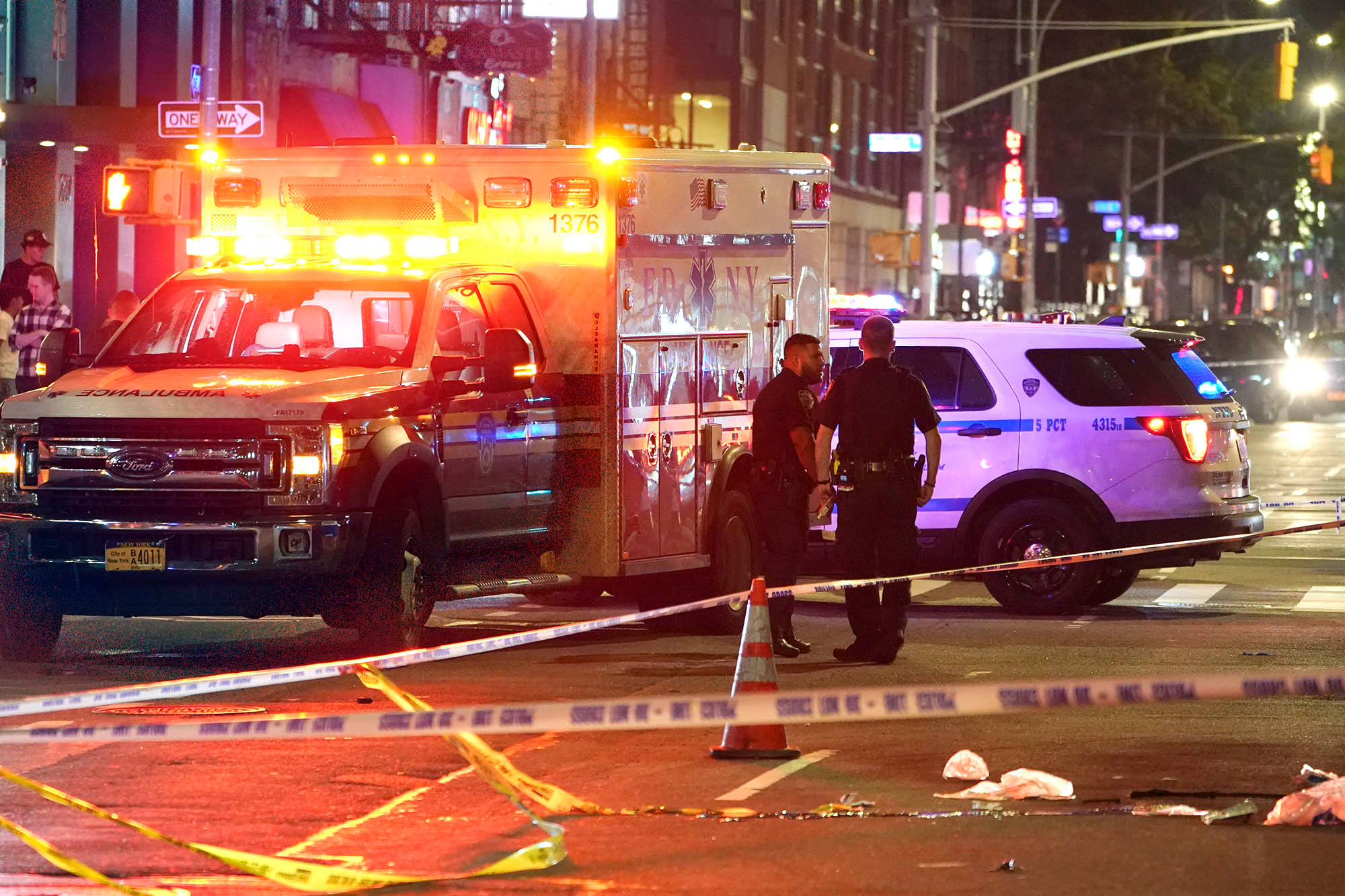