A 29-year-old woman was fatally shot and her brother hurt in a Bronx shooting — amid a bloody night of gun violence in the Big Apple that left two others dead and at least five more wounded, according to police.

Katherine Diop, 29, was with her 31-year-old brother, who was fighting with another person at East 194th Street and Marion Avenue in Fordham Manor around 11:25 p.m. Wednesday, cops said.

As the siblings walked away from the scuffle, Diop’s brother’s rival opened fire, authorities said.

Diop was struck in the torso, and her brother was hit multiple times, police said.

Both victims were taken to St. Barnabas Hospital, where Diop was pronounced dead and her brother is listed in stable condition.

No arrests have been made.

About 15 minutes earlier, a 35-year-old man was shot in the torso and left arm during a large fight at a cookout in the rear of a building on Menahan Street near Wilson Avenue in Bushwick, cops said.

The victim was taken to Wyckoff Heights Medical Center, where he was pronounced dead.

A 30-year-old male person of interest was taken into custody nearby, and a gun was recovered, cops said.

And around 10:45 p.m., a 23-year-old man was fatally shot in the face outside NYCHA’s Marlboro Houses on West 11th Street, cops said.

No one has been arrested, and the motive was not immediately clear.

Five more people were hurt in shootings throughout the night.

A 33-year-old woman was blasted in the torso around 11:25 p.m. in front of a building on Tompkins Avenue near Park Avenue, part of Bedford-Stuyvesant’s Tompkins Houses, cops said.

She was taken to Woodhull Medical Center with non-life-threatening injuries.

About five minutes earlier, a 54-year-old man was walking on Myrtle Avenue near Tompkins Avenue in Bedford-Stuyvesant when he heard a shot and felt pain in his left calf, cops said.

He was taken to NYU Langone in stable condition, authorities said.

Around 10:45 p.m. at East 96th Street and Church Avenue in Brownsville, a 24-year-old man was shot in the right leg, cops said.

He also reported hearing shots and feeling pain and was taken to Brookdale University Hospital Center in stable condition.

A little over an hour earlier, a 25-year-old man was shot once in each leg on the grounds of NYCHA’s Lafayette Gardens development, police said.

He told cops he was standing at that location when three men started firing.

He was taken to Brooklyn Methodist Hospital with non-life-threatening injuries.

And at about 9:30 p.m., another victim — a 30-year-old man — reported hearing shots and feeling pain on Howard Avenue near Pacific Street in Ocean Hill, cops said.

He was shot twice in the back of his left leg and was also taken to Brookdale, police said. 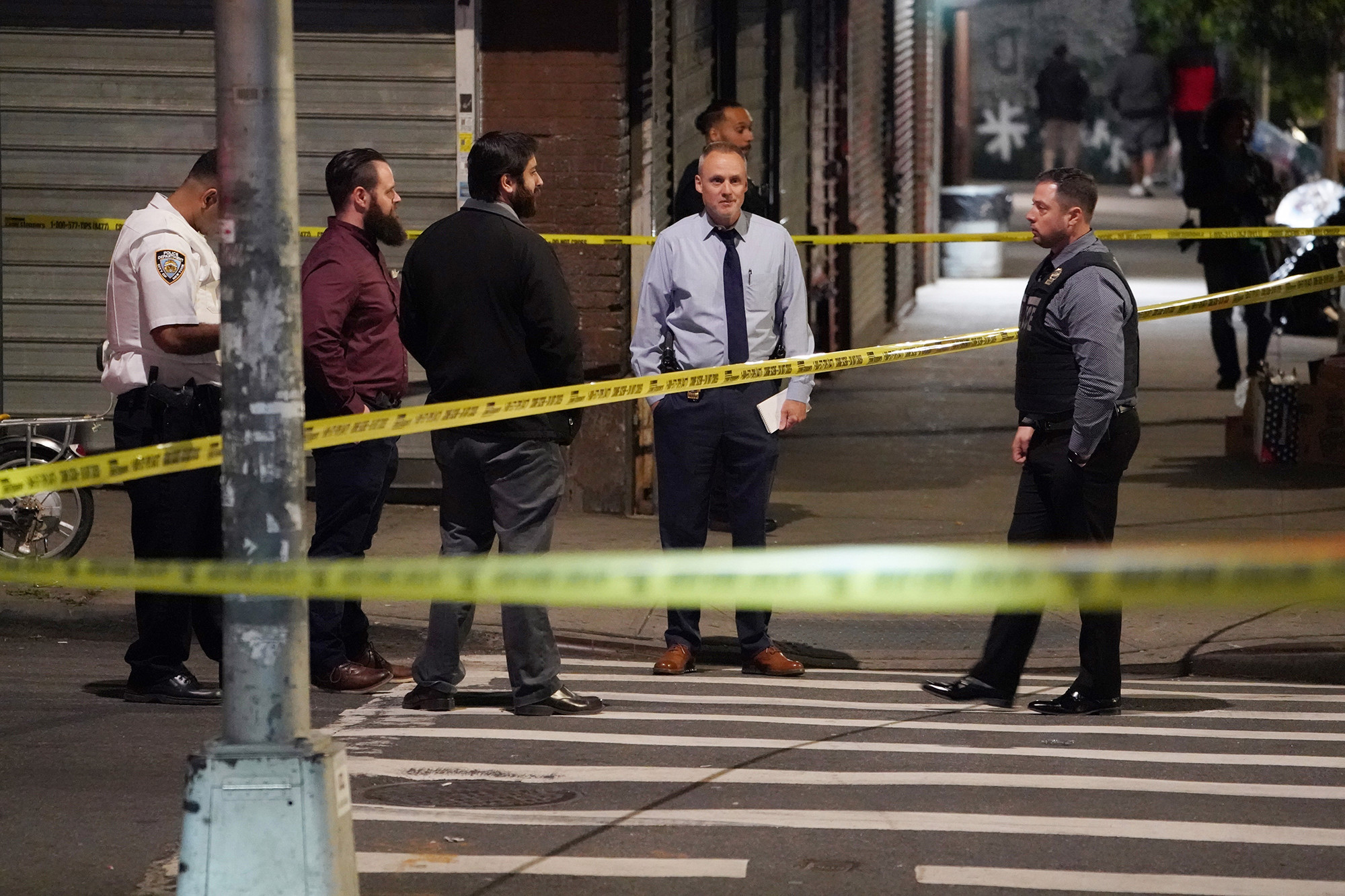