A man was shot dead in The Bronx and a woman’s neck was grazed by a bullet on a Manhattan basketball court in a spate of gun violence Friday, police said.

In the most recent incident, three people opened fire on a group at the King Towers Basketball Court on Lenox Avenue and 113th Street in Harlem just before 6 p.m., the NYPD and police sources said.

A 25-year-old woman was grazed in the neck by a bullet. She was taken to St. Luke’s Hospital, where she was expected to recover, according to cops and the sources.

The perps, two of them on CitiBikes, fled north on Lenox Avenue, the sources said.

Hours earlier, a 36-year-old man with multiple gunshot wounds was found lying unconscious next to 593 Oak Terrace in Mott Haven just after 4 p.m., the NYPD said.

He was pronounced dead at Lincoln Hospital, and the circumstances of the murder are unclear, according to police.

At around the same time in Sunset Park, Brooklyn, a 21-year-old man was shot in the chest, cops said.

The attack happened at 46th Street and 6th Avenue around 4 p.m.

Two suspects got into a white Honda Civic and fled the broad-daylight shooting scene, police said.

The victim was taken to Maimonides Hospital, where he was recovering, cops said.

The shootings came after three earlier incidents of gunplay left two men dead and another wounded early on Friday morning. 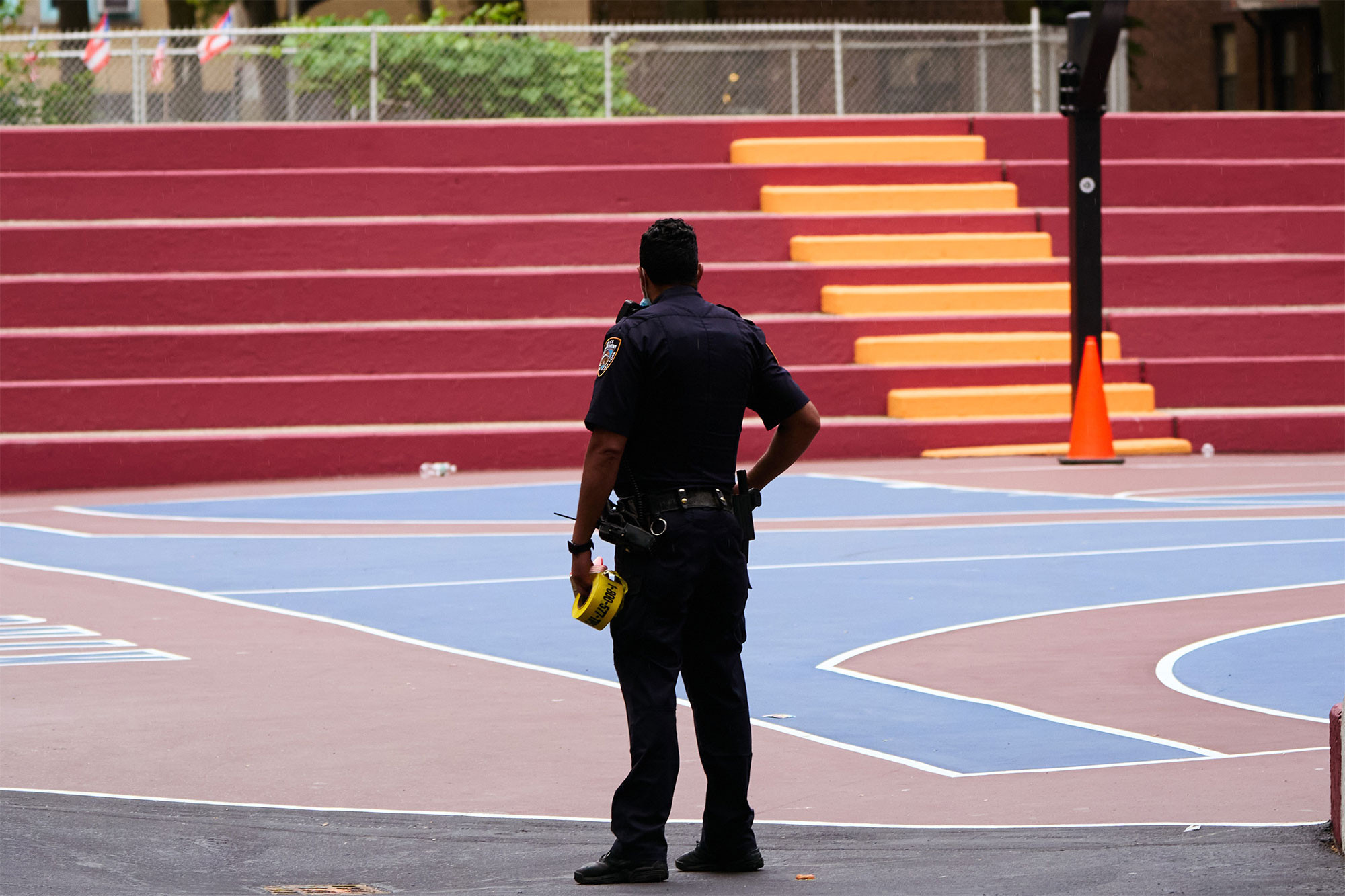