Democratic mayoral hopeful Andrew Yang pushed back Tuesday on rival Eric Adams’ accusation that he’s benefited from the unreported labor of a prominent YouTuber — but did not deny the allegations.

Speaking in separate interviews on 1010 WINS on Tuesday morning, both candidates addressed Adams’ complaint to the city’s Campaign Finance Board claiming that Yang’s team failed to properly report the work of online superfan Matthew Skidmore and count it toward contribution limits.

“There are many people who are active on the internet making blog posts for any candidate,” said Yang, laughing as he called the Adams campaign’s choice to target the work of Skidmore “mystifying.”

“Singling out a particular blogger is just really confusing,” he said.

Despite living in Maryland, Skidmore has tirelessly boosted Yang’s mayoral campaign to his nearly 56,000 YouTube followers and more than 25,000 Twitter followers throughout the race — allegedly without the work counting toward Yang’s contribution limits, according to the CFB complaint drafted by Adams’ campaign.

Asked point-blank if his campaign was supposed to be compensating Skidmore, Yang avoided answering, and instead accused his rival of skirting campaign-finance regulations.

“Every campaign has a host of people on social media and on blogs doing things every day,” he said.

“You saw, I’m sure, the front-page news of the New York Times that Eric Adams’ campaign was illicitly bundling money and passing it off as donations that should be matchable,” Yang said. “If anyone should have their work scrutinized by the CFB, it should be Eric Adams.”

Yang was apparently referring to a May investigation in which the Times found that, through his own fundraising practices, Adams “has continued to push the boundaries of campaign-finance and ethics laws.”

Asked in turn about Yang’s counter-allegations during a later appearance on 1010 WINS, Adams fired back.

“Andrew has been using dark money in politics for a long time,” he said. “Now we are watching a YouTuber being used to really skate the campaign-finance laws. Let’s let the CFB determine if something was done wrong or not.”

Pressed again on whether he was open to his campaign finances going under the microscope, Adams said he had nothing to hide.

“They [the CFB] should examine everyone’s [finances],” he said. “We are extremely transparent. … My team has done an amazing job of making sure we comply. We should make sure that taxpayer dollars are used correctly, and we are always open to open our books and let those books be examined.”

A spokesman for the CFB on Tuesday said the independent agency, as policy, does not comment on complaints. 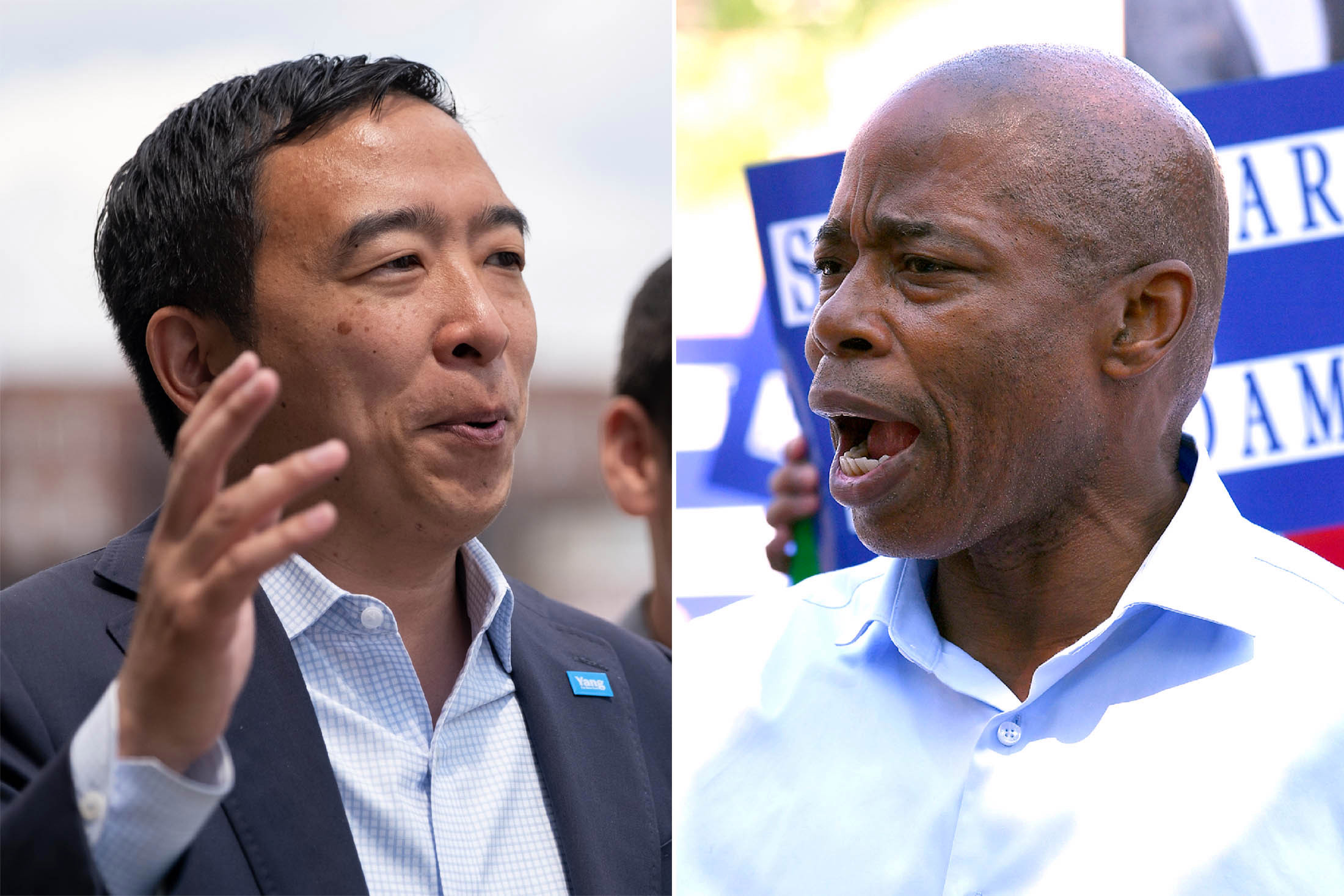