Zachary Fowler is floating a new way to entertain his 945,000 YouTube subscribers: He “abandoned” himself on an island with nothing but a shovel, utility knife and two boxes of duct tape to help him create a kayak from scratch.

The video, posted on his YouTube channel, “Fowler’s Makery and Mischief,” was an ambitious project for the Season 3 winner of “Alone” on the History channel and Amazon Prime.

“After the last Island Survival Challenge on the tiny Island, I thought it [would] be fun to try and build a boat out of duct tape and escape an island in the ocean,” the adventurous outdoorsman and Green Chef spokesmodel hypes in his kayak video caption. “All I have to survive and escape the island is a bunch of duct tape, my shovel and some sticks and my trusty sidekick melony!”

“Melony,” btw, appears to be inspired by smiley-faced Wilson, Tom Hanks’ legendary travel buddy-cum-volleyball from the 2000 film “Cast Away.”

Anyway, following a lengthy introduction, Fowler starts to collect and shape sticks using his shovel. He creates the frame of a kayak and wraps it together with duct tape. By the 15-minute mark, Fowler puts the finishing touches on his shiny silver kayak, which sits on a rocky beach.

Fowler then sets sail on his makeshift creation. As he floats into the ocean on the kayak, he yells out, “She sails like a dream!”

However, he acknowledges that the duct-taped stick is “a little funky” but still does the job. He also jokes that he wishes the relatively stable boat had a back rest. Although some water makes its way into the vessel, he considered the project a success.

Full disclosure: The kayak was not entirely made from the island’s resources. He did bring his own branches to the isle to avoid harming its ecosystem.

But, as he snacks on a melon, he acknowledges that “If you haven’t tried to do something crazy and risky and succeeded at it, you just don’t know the feeling.” 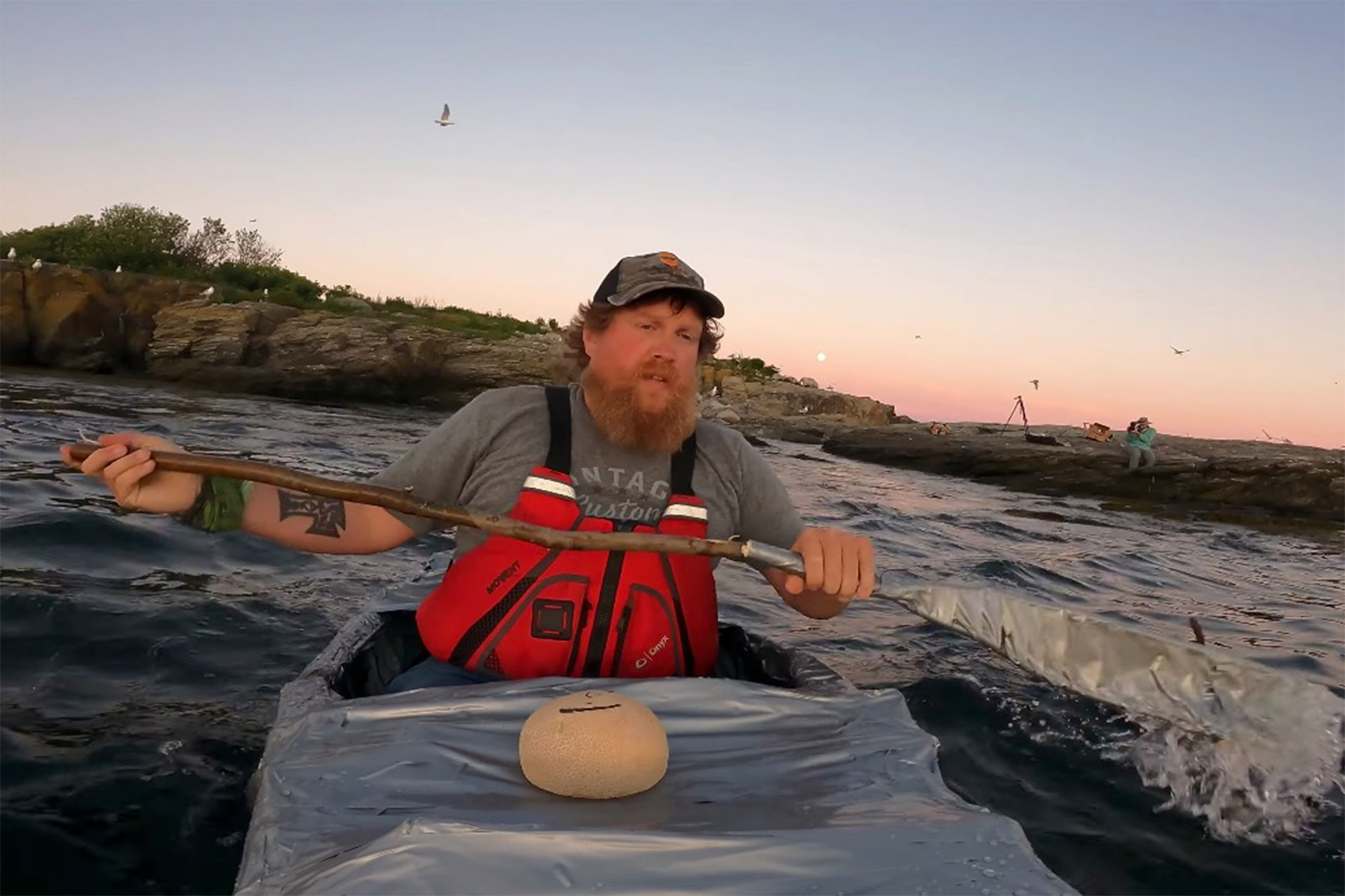